Starting around 1912, Henry Ford began thinking beyond the existing process of manufacturing automobiles. He placed a relentless focus on establishing a repeatable process that would improve quality, eliminate waste, reduce manufacturing time, and reduce total costs to build an automobile.

In 1913, Ford introduced the first moving assembly line for the mass production of an entire automobile. This innovation reduced the time it took to build a car from more than twelve hours to only two-and-a-half hours. 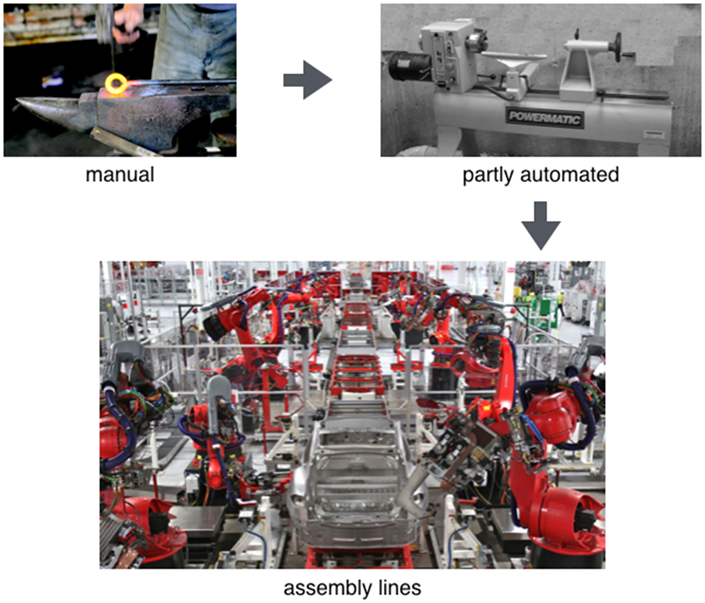 The pipeline is triggered once the developer commits the code to the Source Code Control system, then the next stage is executed which is building, compiling, and testing the code. Once the software is successfully tested, the process continues to the next stage which is the release automation. In this stage, the runtime artifact (which is the compiled code) is saved in a repository. The repository may also contain an older version of a runtime artifact which can be redeployed during a rollback process. Then the last stage of the pipeline is deploying the runtime artifact to the production environment.