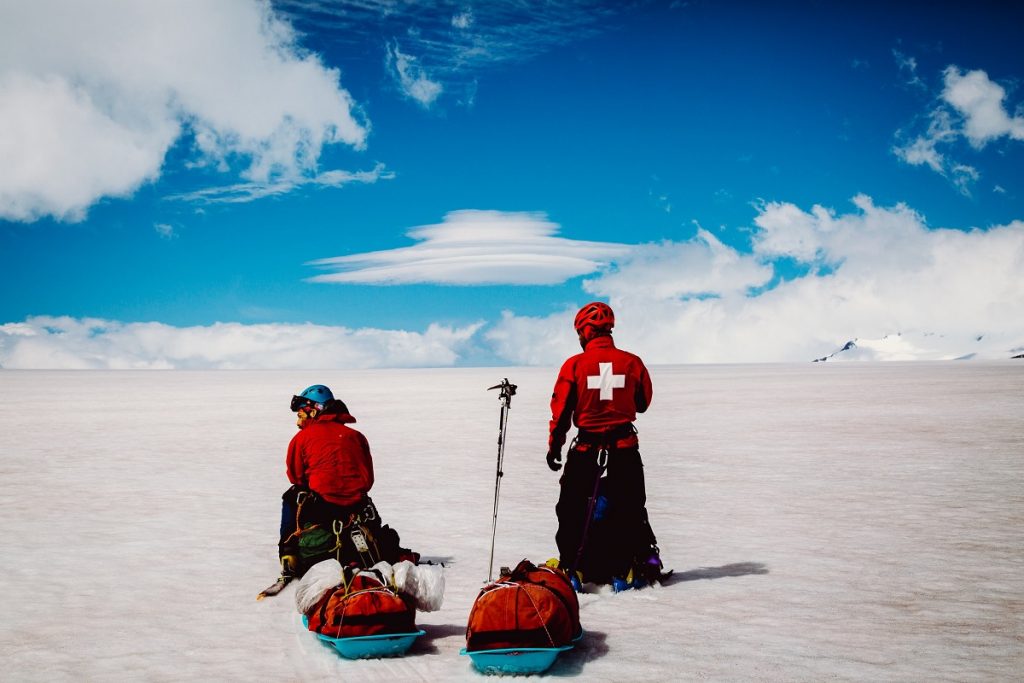 The race for the South Pole

At the beginning of the 20th Century, all around the world, strong adventurers were traveling to reach unknown countries for their own glory and, often, also for the glory of their homeland.

Robert Falcon Scott was such a man. A United Kingdom hero, coming from the Royal Navy, with a strong commitment to holding high the influence of the British Empire. Ten years before, Scott was successfully leading the Discovery Expedition who was launching the Antarctic Expedition Age.

It was then obvious that relying on his experience, Scott was the right profile to lead the even more ambitious Terra Nova Expedition aiming to be the first to reach the South Pole and bring this honor to the British Empire. Such an expedition is difficult to organize and requires long preparation to be successful and avoid the risk of death.

Another famous key figure of this Antarctic Expedition Age was Roald Amundsen, a Norwegian explorer. Amundsen first wanted to reach the North Pole. He changed his mind when he heard that it was already done by two Americans, and so he headed to Antarctica instead. That put him in direct competition with Scott.

The approaches of Scott and Amundsen were very different. Scott was mainly relying on his experience to set up the expedition, using the best practices he acquired. Amundsen was always curious about challenging well-established practices. During a past Northwest Passage expedition, he learned a lot of counter-intuitive techniques from the Inuit people. Amundsen decided to use this knowledge to reach the South Pole.

The most famous difference between Scott and Amundsen’s organization was Scott’s use of ponies while Amundsen used dogs. Looking at this from today, using ponies to have a trail in the snow seems weird, but it was the best well-known practice back then.

Unfortunately, Scott and four of his companions died during their return journey.

What is the digital lesson?

It’s a cultural shift. This story illustrates the fact that even a very successful business model could lead a company to failure when it’s no longer the one required in an ever evolving world.

The best proof of that, in the digital age, is a famous example of Blockbuster vs. Netflix. Look at this clear Netflix / Blockbuster Timeline built by Leo Saini describing the decline of the Blockbuster and the rise of Netflix. I also recommend reading this detailed article from Greg Satell who, while he wrote it a while ago, is still helpful to understand how much this story is a digital lesson version of the Scott expedition.

In a company, if you hear “Stop the ponies, look for dogs!” there’s a big chance that the leaders of this company have taken great benefits from what the Catalysts revealed to them during an Accelerate workshop! Read how to jumpstart your digital transformation with the Catalysts.

Inspired by Brian Pagano, from the Catalysts