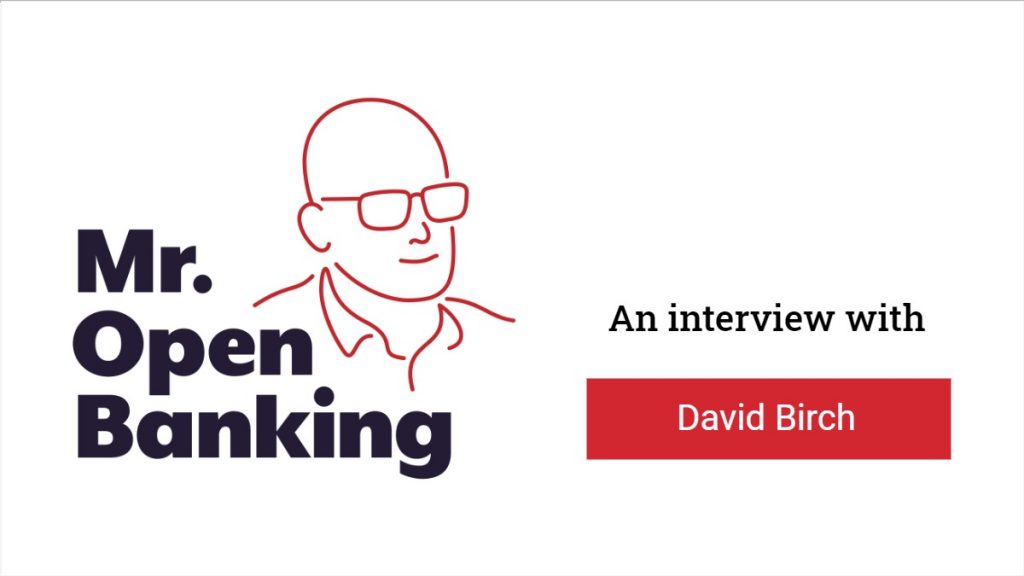 The following article is an adapted transcript based on the audio recording of Season 3, Episode 8 of the Mr. Open Banking podcast. The audio version is available here.

The introduction to our show includes the line, “open banking will change the way we interact with our money.” A bold claim, to be sure.

Each chapter of the Mr. Open Banking podcast approaches that claim from various angles, often from the perspective of regional happenings, technical standards, or philosophical goals. However, in the most recent episode, the extra-long season finale, we tackle it head-on—in an attempt to build a vision of the open future.

To understand how our interaction with money is being forever changed, we need to peel apart the key concepts embedded within our claim, namely money, identity and open banking. When it comes to exploring the interplay between digital money and digital identity, one would be hard pressed to find someone more knowledgeable than David G.W. Birch.

An internationally recognized author, advisor and commentator on digital financial services, David is often a keynote speaker at industry conferences and international events. He’s also a featured guest on business and finance television programs and a regular contributor to prominent financial publications, including Forbes and the Financial Times.

In 1986, he helped found Consult Hyperion, which led to a decades-long career in technology. Today, David leads the consultancy 15Mb, where he helps advise some of the world’s biggest banks, financial services organizations, telcos, and IT companies about the future of electronic transactions of all kinds.

David is also recognized as one of the UK Payments Power 10, one of Europe’s Top 40 People in Financial Services, and one of the Top 100 Global Fintech Influencers for 2021—to name but a few of his many accolades. He has published four books, including The Currency Cold War in 2020, one of the Top ten Best Cryptography Books from Book Authority, and 2014’s Identity is the New Money, his seminal and prescient work on the future of finance.

The two main subjects David covers in his work are digital money and digital identity. Over the course of our discussion, I tried to cover both of those subjects before attempting to tie them both back to open banking.

First, I wanted to start by asking David a simple question: what is money?

“The standard definition is money as a means of exchange, a store of value, a unit account, and sometimes a mechanism of deferred payment. And there’s lots of little stories from history you can use to illustrate that.”

For example, David cites “tally sticks” as an example of how money as we know it today has evolved throughout history. Essentially, after the Norman invasion of 1066 in England, the country began to realize that it needed a system to collect taxes in a largely illiterate society. The way the government did this was through tally sticks, wooden sticks with notches used to record the amount of taxes due by each citizen.

The sticks eventually evolved into ledgers, copper tokens, and bank notes, which are closer in form to the cash we know today. However, this evolution established a close relationship between money and identity, or more specifically, reputation.

Now, as the banking and finance world evolves before our very eyes, this relationship is changing yet again. With the world of banking, finance, and well, everything, moving online, David explains that we’re beginning to move back to the old way of doing things, when all exchanges were ultimately based on an attitude of trust and reputation.

“Reputation is, in certain circumstances, a substitute for a circulating medium of exchange… Now, given that we’re moving into an environment where everything is online, everything is connected, the ability to establish the instantaneous reputation of all parties to a transaction becomes possible. Again, you have to question, well, if you can do that, aren’t we sort of going back to this kind of pre-industrial, everything on credit, everything is interrelated, interdependent, based on trust, based on your identity… The future of money, the money we’re heading towards, more closely resembles the money of the past than the money of the present, because it’s more to do with identity.”

Essentially, David believes that the new world we’re creating as a collective will see a return to a closer integration between money and identity. However, he also believes that the onus is on all industry players to communicate the possibilities and come up with innovative solutions to challenges we encounter along the way.

A new world of money, identity and reputation

Overall, David says he’s optimistic about the future of identity, money and the shift to an open economy.

“… It links to this kind of “Back to the Future” thing; the feeling that I have around identity and money, which is that the structures that we had before the urban anonymity of the Industrial Revolution are the structures that we’re sort of rebuilding through digital technology. And so in a way, I sort of feel in harmony with them. I don’t think we’re trying to build something that cuts across who we are or what we do. I think we’re trying to build things which support who we are. And I feel quite good about that.”

To illustrate just how closely related money and reputation have become, we can look at an interesting example from the recent news cycle.

On November 9th, 2022, just weeks after acquiring the social network Twitter, Elon Musk introduced a revised version of Twitter Blue, a service which displays a blue checkmark beside accounts whose identity has been verified.

Previously, the service had only been available to celebrities, politicians, and journalists, so opening it up to the public was a big step. The problem was that Musk offered the blue checkmark to anyone willing to pay $8 a month, without any actual verification. Predictably, this led to a flood of fake accounts, impersonating well-known figures and brands, essentially hijacking their reputation. Advertisers, Twitter’s main source of revenue, ran for the hills, costing the company millions.

One could not ask for a more direct example of how reputation is becoming money.

Despite Twitter’s missteps, the idea of having a public identity verification service that anyone could use, rather than just celebrities, remains compelling. In a world where reputation is used as currency, having someone act as a custodian of that reputation makes good sense. What makes less sense is having that custodian be a social network.

Looking further, as reputation becomes more and more intertwined with commerce, banks have the payment and account systems necessary to close the loop between identity and money.

In fact, as we move from open banking to open finance to open data, tech giants like Twitter, Google, Facebook and Amazon will increasingly be compelled to open up their data as well.  After all, why should Consumer Data rights be limited to banking? If you have a right to control your data, then surely it should apply equally to all your data.

Such reciprocity is exactly what the smart banks are counting on. Straddling the worlds of regulation and the free market, they are uniquely well-positioned to ensure your data is only shared with those who you’ve agreed to share it with, and that you get paid for the privilege.

Rather than becoming the next generation of data hoarders, banks can strive to become the antidote to the one-sided Internet of today. By embracing the business of digital trust, the banks of tomorrow will usher in whole new ways to share data, build reputation, and generate real value that we can all share.

When combined with new forms of money and new forms of identity, open banking becomes the fabric that brings it all together.

Thank you to our listeners for your continued attention and support. To those who have just discovered the show, we encourage you to check out some of our previous episodes and hope you come back next season for more exciting episodes.

Learn more about David and his work at DGWBirch.com.