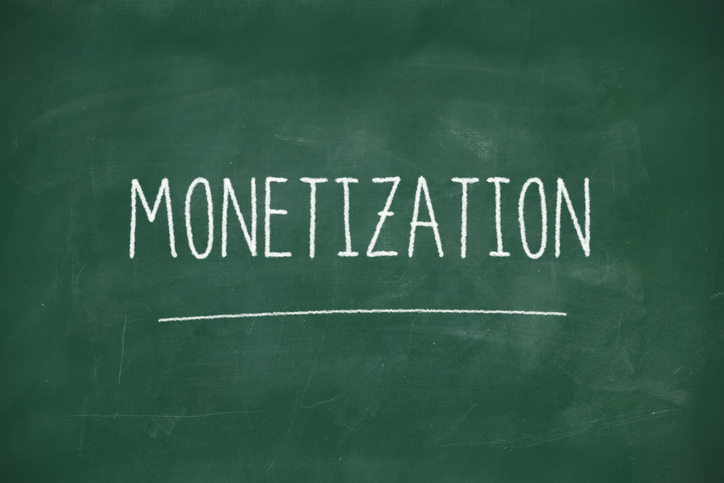 API Monetization consists of tracking API Usage on a per-customer basis, enforcing usage plan quotas, and informing back-end billing systems of usage levels. This sounds like an essential feature of API Management, one that would make a big difference to most companies.

After all, monetization is good, right? Making money is why we are in business. You would think every API management customer would use this capability. And, you would be wrong. According to a recent Gartner report, “… monetization ranks lowest (just 11%) of the API management capabilities currently used by customers we surveyed.”¹

When I bought an SUV several years ago, I remember the saleswoman pointing out one particular feature of the vehicle. She showed me that I could leave my headlight switch on Auto. The amazing benefit of this setting was that I would never have to turn my headlights on or off ever again.

Taking this one decision off of my plate would make my life simpler, and I would be on the front line of using the latest technology. I would be so much cooler than those less sophisticated drivers, who were stuck in the last century, having to pay attention to whether or not it was dark outside. I didn’t have to worry about mundane details like that, as long as I had this latest automatic headlight technology.

Now, I admit, I thought it was cool at the time. It was new, cutting-edge tech. But, more than a decade later, I still turn my headlights on and off manually. I guess, in the end, that feature didn’t matter much to me. But the saleswoman used it to pique my interest. I call this the “shiny new feature” technique. And I guess it worked, at least a little.

So, what does this have to do with APIs? We’ll there is a shiny new feature of API management that is showing up many RFPs. API management software providers make sure to highlight it in their features lists, and industry analysts are starting to include it in their side-by-side vendor evaluations. That feature is API Monetization.

So, what’s the real deal? Should I monetize my APIs?

The answer is – probably not. Think about it this way. If external developers are allowed to access your APIs, they will most likely bring more customers to your organization. And your organization already has profit centers and monetized offerings. If not, you wouldn’t remain in business.

Do you really want to create a barrier to current profit centers by charging developers? If your company name is spelled A.P.P.L.E., then maybe you do. But, even then, the price is $99 per developer per year. That is pretty inexpensive, and you can build a business on the technology that you get to access for that $99. However, if you work for a company other than Apple, generally you do not want to charge for API access. APIs should be a gateway to your product offerings, and your products should be where you make your profit.

Of course, there are exceptions, but most of the time, charging for API calls is not the best way for a company to increase revenue. So, when comparing API Management products, be sure to rank features based on the needs of your business. Odds are, nearly 90% of customers don’t need monetization. Don’t fall for the “shiny new feature” technique, unless that feature really matters to your business.

If after reading this you still feel inclined to monetize your APIs, watch this demo video I made.

Read about five other ways to monetize APIs.