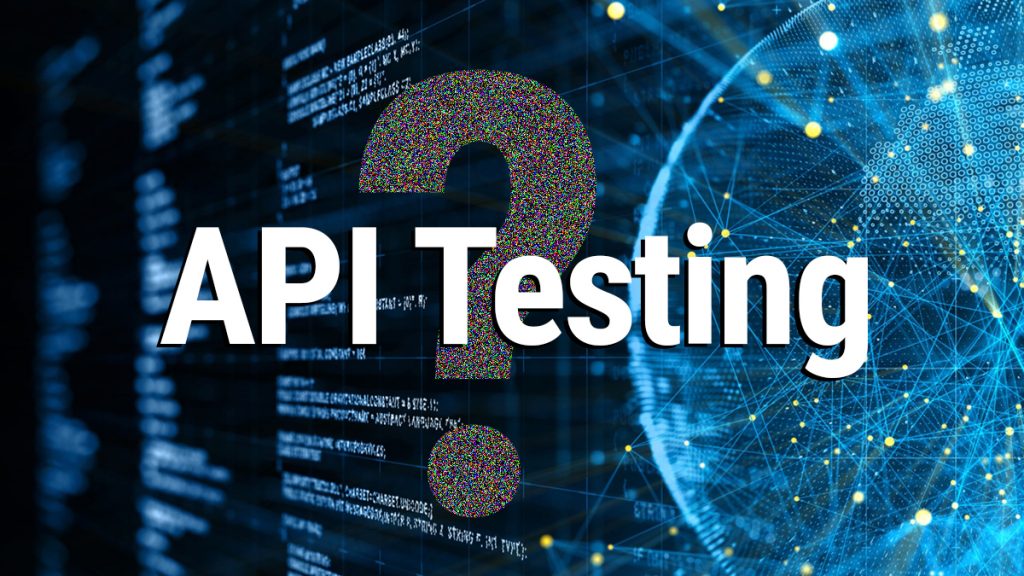 API testing refers to testing APIs to ascertain if they meet the requirements for performance, security, functionality and dependability.

For starters, APIs don’t have a graphical user interface (GUI), so testing is used as a message layer. This type of testing is crucial because APIs now serve as the main interface for application logic and a GUI is difficult to maintain.

Why is it required?

These days, organizations are moving towards a microservices standard for their software for better quality. What does this mean for your organization? Different sections of their apps might have different datastores and controls to interact with these sections. Microservices allow your enterprise to deploy faster due to APIs. This is where API testing comes in. It’s more effective and has a faster turnaround because it’s more readily dependable than UI-based tests. UI tests tend to be slower and more expensive. But this testing brings forth a rapid turnaround.

Another benefit is that it can pinpoint “bugs” in the system in a quicker manner within the development timeline. With this testing in place, the user can make requests that are not always available with UI testing. This step allows for possible security discrepancies to be found in the starters phase.

API testing is used to determine whether APIs can provide a correct response to requests. From edge cases to reacting openly, learning from failures and unexpected inputs as well as getting out responses on time, this works to prevent possible security threats.

When you start API testing, you need to know that there are two distinctions of web service for the web API: SOAP and REST. Here’s what you must be aware of:

This is a must. What’s the intention behind them and why do you go forward? API output status needs to be clear! The most important indicator is the response status code. Having your ducks in a row is part of API testing. Read more about API testing strategy: Who’s testing your API-driven product.

By centering around smaller APIs, you can ensure that the APIs authentication, environment and servers all are running properly. These are baby steps to get to the bigger conclusion. Keep it simple and clear cut for a better overview of the land.

Bringing together API endpoints is a necessary step. It’s important to place them into categories for better test managing. This provides a better overview of creating test setups with better integration and high analysis.

By controlling automation capabilities, better advantages for API tests are prevalent. From test data and implementation accounting, API endpoints make it simpler for rerunning tests later. An automation tactic helps to authenticate an API and integration before the actual API is developed making the point of dependency of the developer teams to be condensed.

Choosing the right tool is a necessary practice to make certain the automation capabilities are in place. This is a necessary element because you can’t start without proper approval. Many tools are well-liked such as Postman and API Fortress. These can be utilized with testing.

Produce tests that are both positive and negative

By producing both positive and negative tests, you make certain that the API is working properly. With a positive test, you need to know that the API gets input as well as returns on the anticipated output.

Regarding a negative test, verifying the APIs performance at different amounts of authorization is an indispensable step.

Having a live testing method in place

Arranging for API testing every day while the process is live is a recommendation. Because API test execution is quick and small enough, it’s easy to add tests to the current testing process with little risks.

Consider API automation testing by a real development project. It should be structured so you can extend, reuse and maintain it.  If you don’t take this into account, you can run into problems in the long term as the testing mission can be hard to further the actual API.

There are different practices involved with API testing which typically involve the following tests:

Unit testing: This involves testing the performance of each operation by logically isolating the performance within a system. By breaking the system down into units, the system can be evaluated for proper assessment. The main concept of this test is to sequester a written code that determines if it’s working at the optimum level. It helps to identify flaws in the early stages for better functionality in the long term.

Performance testing: This test is in place to check the performance of more diverse operations such as response time, reliability, speed and functionality of the program. This ensures that the system is working at optimum capacity. Specifically, this test doesn’t focus on defects, but rather on eliminating performance blockage of the software.

Load testing: This function works to validate the performance under specific load requirements. This determines how the application will work together with numerous users concurrently. The test is in place to safeguard the effortless performance functioning of the software under real-life conditions. Read more about Arrow Builder API server sizing using load testing.

Runtime error detection: Overseeing and monitoring an application. This includes the implementation of manual or automated tests that work to expose glitches. Examples such as resource leaks, exceptions, etc.

Security testing: This test includes fuzz and penetration testing which works to authenticate encryption and access control for the user. This allows you to uncover vulnerabilities, possible threats to the software. Security testing further works to prevent and help block malicious attacks from hackers and intruders.

Web UI testing: This is performed as part of a larger-scale integration test that also involves APIs. This test is used to validate the UI components of web-based applications.

Interoperability testing: This ability checks conventionality for Web Services Interoperability profiles. It works to examine whether the software can intermingle with other components without any compatibility issues.

Penetration testing or PEN test: It works as a simulated attack against your computer. This is an important test as it operates to find valid weaknesses that an attacker can take advantage of when the system is most vulnerable. With this test in place, you have a heads up on what to look for in possible breaches before they occur.

Fuzz tests: Noise or fuzz can overload a system and boom–there’s a crash. This test helps to monitor unexpected data as it’s inputted into the system. It works to test the limits of the program to make sure there are no potential memory leaks. Learn how to install an API tester.

What bugs does API testing detect?

The beauty of API testing is that it can detect bugs. From error conditions, flags that are not utilized, reliability issues, security, missing or duplicate functions, as well as multi-threading and performance issues. With early detection, you work to minimize problems in the future.

To be successful in API testing, tools to manage your test cases are needed. Further, different traceability necessities are required to bring about effective documentation.

By bringing structure to the test cases, you will have better visibility over API testing and documentation.

The main challenges in API testing are parameter combination, selection and call sequences. When it comes to validating and verifying output in a different setup all together, it’s a problem for testers. Also, there is no GUI available, it’s harder to get proper input. Testers must be well-versed in parameter selection, categorization and know coding as an important practice.

Integration testing brings forth API automation. This allows for fast-tracking API testing while escalating effectiveness. Most APIs are used to conceptualize business logic and direct database access to any application, so it’s important to divide the system into three layers.

Presentation: This is the starter space that is available to end-users. QA is taking place at this stage.

Business: Code is written during this phase. APIs start its journey here as well.

Data Base: From here, the application data is available.

The bottom line: API testing automation is simple. By having the quickest and easiest test to automate the APIs, you can keep track and monitor the APIs viability and production.

To work efficiently, API testing includes testing APIs in isolation. This also applies to integration testing. Many transactions take place in the testing phase. This includes several kinds of endpoints such as databases, web services, mainframes and more.

Discovering if the API returns the right response for effective usage from different requests is what API testing is all about. From security to the delivery response time and feasible requests, learning how the APIs progress brings a response answer that is necessary with API testing.

This process goes one step further by using service virtualization This serves to isolate the services under test conditions by simulating API services that are not available for testing. Read more about API testing and monitoring in an interview with API Fortress.

API testing brings great benefits to the user. With early testing, your tests can be built to validate the accuracy of responses and data. When an API test fails, you know in advance where things went wrong. This helps to reduce the time to market by clearing up discrepancies in APIs, integration.

With better background information, your speed to market availability will be better all-around thanks to API testing—it efficiently certifies the legitimacy of an API in a short amount of time.

Learn more about the core principles of API Management here.