The following article is an adapted transcript based on the audio recording of Episode 6 of the Mr. Open Banking podcast with Nilixa Devlukia. The audio version is available here.

At Mr. Open Banking, we often emphasize that what makes bpen banking so different and so important is that it has to do with our money.

But opening up access to financial data is only one part of the equation. Open banking gets interesting once you add the power to move money.

Payments — the ability to move money from A to B — is the other big part of open banking. Initiatives around the world are taking a close look at how we move money, both locally and globally.

Often, these initiatives are closely tied to broader open banking efforts. In fact, most open banking standards include a payments API.

In this article, we aim to explain this rather arcane and often misunderstood arena. Payments involve not just open banking, but cryptocurrency, central banks, and even Facebook.

To better understand payments, we were joined by Nilixa Devlukia. Nilixa Devlukia is the CEO of Payments Solved, LTD, a regulatory consultancy that focuses on payments, digital banking, and fintechs.

A lawyer by background, Nilixa has made some major strides in driving changes across the banking and payments ecosystem to help make it more secure, transparent, and inclusive.

Nilixa has even worked with the European Commission, the European Central Bank, the World Bank, the EU, and several other regulators across the globe to develop the payments landscape.

Payments aren’t exactly a subject that people talk about at parties, although Nilixa says she’s guilty of being that person. For her, explaining electronic payments requires a few steps back. Since the beginning, humans have consistently given value and receive value, from shells and coins to checks.

“In today’s society, the easiest way of giving and receiving value is to make an electronic payment from my bank account to your bank account. That doesn’t mean that real, physical money flows from me to you. But it means that I have given value, and you have received value.”

These payments flow over what are called payment rails and are governed by payment schemes, like the ones from Visa and Mastercard. The term “payment rails” refers to the infrastructure that supports the messaging that flows between the scheme members. It’s like the plumbing that connects all four parties.

If the rail is the physical connection, the payment scheme is the set of rules that everybody must play by. Each market has its own payment schemes that — if you send or receive the money within that market — you must adhere to. These schemes also support all participants in case something goes wrong.

We asked Nilixa to describe the card scheme — the ones that were exposed to every day via Visa and MasterCard.

Nilixa explains, “Visa and MasterCard exist within what is called a four-party card scheme.” The four parties involved in this relationship are the consumer, the merchant, the issuer, and the acquirer.

The bank issues a credit card to the consumer. The consumer wants to purchase something from the merchant. And to take their money, the merchant has a relationship with the acquirer.

The card companies are making their money via interchange fees, which are essentially charges levied for participating in the scheme on the rail. This means that today’s schemes are basically pay-for-play networks. To join them, you need to pay a percentage of each transaction that flows across the rail.

Visa and MasterCard today control the vast majority of electronic payments, giving them a monopoly on these interchange fees since ultimately, they own the network.

While Google and Apple make the process of paying easier, they don’t really do anything when it comes to democratizing those payment rails. The user experience may seem very advanced, but the plumbing is still based on the good old card scheme.

This is where open banking comes in. It introduces a new player onto the payment field: the Payment Initiation Service Provider (or PISP). PISPs sit between the customer and their bank account and primarily have a relationship with the merchant.

They are designed as interbank payments and were first introduced into the EU legislation as a means of bringing innovation and competition to the market.

However, the open banking ecosystem is not yet fully formed and does not support PISP payments in the way it could, Nilixa says. For example, if a customer wants to receive a refund on something they paid for with PISP, that functionality does not yet exist and it will be difficult for them to get their money back.

If these functional gaps were worked out on the open banking side, Nilixa argues that the card schemes and rails could coexist with open banking equivalently. She explains:

“At the end of the day, this isn’t about the winners and losers in the card schemes or the interbank schemes. It’s about consumer choice. And for me as a consumer, the different payment mechanisms and methods that I have at my disposal give me several choices.”

The question remains: in the open banking future, how are consumers going to choose how to pay? Will they even have to choose or will an algorithm choose for them?

The mystery doesn’t end there. Nilixa has explained the tried-and-true card schemes and the open banking schemes, but there’s a third option for sending electronic payments: cryptocurrency.

Cryptocurrency has taken the world by storm over the past decade. And just like with payments, it’s a way of exchanging value between parties.

The challenge with cryptocurrency is that it does not have a stable value like traditional currencies do. Because of this, we have seen the evolution of mechanisms that provide stability to the value of the currency, also known as stablecoins.

Stablecoins support the value of the currency through stable assets like gold, oil, and even national currencies, in an effort to keep the convenience of crypto for payments, but lose the volatility.

The most famous of all stablecoins is Facebook’s Libra: an attempt to create, in effect, a global currency. As a concept, it has driven the conversation about how payments can be better, with a more consumer-centric approach.

At first, Libra created a fallout. Central banks and regulators had to consider the global aspect of Libra and how it could be funded. Sending money from one country to another is very expensive, but in its first white paper, Libra was proposing a near-zero cost along with a set of payment rails that would span the globe.

Still, most central banks in places like Sweden, Singapore, Canada, China, and the UK are considering the concept of a central bank digital currency. This idea is essentially central bank-backed money, just like the money you carry in your wallet. Cryptocurrency — even through stablecoins — doesn’t have that guarantee.

In April 2020, Facebook published the second version of the Libra white paper, a thorough document explaining exactly how their system would work and cost very little.

This was more than the central bankers of the world could stand. They started writing reports of their own in response to Libra, promoting an entirely new idea: Central Bank Digital Currencies or CBCDs.

Mark Carney, former governor of the Bank of England and a proud Canadian export, recently wrote the foreword to a report from the Bank of England about CBCDs. The report stated that their reasoning for issuing this technology would be financial stability, monetary policy, and competitive innovation.

But Libra is not the only way Facebook is trying to enter the payments game. They recently introduced WhatsApp payments in Brazil. Shortly thereafter, the Brazilian government suspended its license for review. The Open Banking regulations that Brazil announced very recently were part of the reason for this.

However, it’s not that the Brazilian government wants to stop WhatsApp from enabling person-to-person payments. It’s that if WhatsApp is going to play in Brazil, they have to follow the same rules as everybody else.

Her company, Payments Solved, has a similar mindset. As a regulatory consultancy, Payments Solved is looking to drive change and to create a payments ecosystem that works well for everybody and is more fair and inclusive.

“The future payments environment for me would be one where my bank didn’t give me pages and pages of terms and conditions. Instead, they just said, ‘Nilixa, we’re here for you. If it goes wrong, we’ll sort it out.’”

Although a little dry, make no mistake: payments are one of the most critical pieces of a complete open banking ecosystem. After all, if you can’t move money around, then how do you enable trade?

The good news is, we’re really good at moving money around, even electronically. Thanks to credit cards, we’ve been enjoying electronic payments for decades, albeit for a fee.

Open banking is trying to change the game. By creating an open standard around payments, Open banking aims to make the movement of money seamless, effortless, and as low-cost as possible.

Instead of depending on proprietary networks, it leverages the ubiquitous internet. Instead of passing payments through a private scheme and rail, it passes them bank to bank, removing the middlemen and their requisite fees.

At the same time, entirely new ways to pay are emerging. Cryptocurrency and stablecoins have ignited a battle between banks, social networks, and global governments — a battle for the future of money, as they debate the rules of who is allowed to move money and who is not.

Our guest Nilixa is happy to welcome all players. As long as they follow the golden rule: the same activity, same regulation. This means that whether you are a central bank, a massive tech giant, or a two-man payments startup in a garage, you all play by the same rules. May the best way to pay, win.

To learn more about Nilixa and Payments Solved, find her on LinkedIn or contact her at nilixa@thepayregexpert.com. 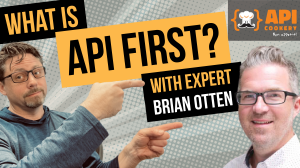