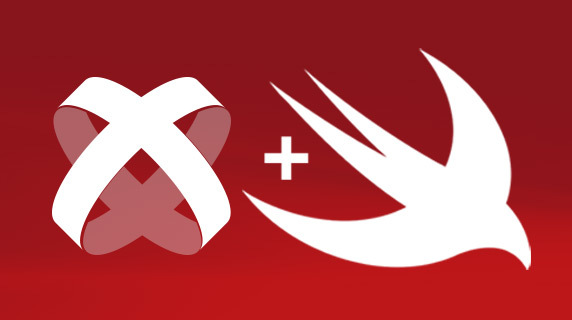 We are thrilled to announce that with the upcoming Titanium SDK 8.0.0 release, you can finally write native modules for iOS in Swift! With this blog post, we want to give you a little introduction and show you how to get started with native modules and Swift.

First, make sure you have Titanium 8.0.0 installed and selected:

When you create a new module using Titanium SDK 8.0.0, you will be able to choose what code base you want to use for iOS. Choosing Swift here will use the new Swift project template and you are ready to go. You can also directly pass the new --code-base option to the ti create command.

If you don’t need Swift in your new module, you can still choose objc for the Objective-C project template.

Now, if you open the Xcode project of your new Swift-based native module, you will see two Swift source files: one for the module and one for the example proxy.

Let’s take a closer look at the module and elaborate on a few things that you commonly encounter when writing native modules in Swift.

The main entry point to your module is the module class. It looks something like this:

You import the Titanium core module with import TitaniumKit. The module class can now simply extend from TiModule. This is all pretty standard for native modules, however there are two important things here, namely the @objcattributes.

Second, the tryThis method is marked with @objc(tryThis:). Through this attribute, you make sure the method will be available in JavaScript as tryThis instead of tryThisArguments. This is due to Swift trying to rename the method by default to match Objective-C naming conventions. You need to add this to all methods that you want to access via JavaScript.

Note: When you open the project, Xcode might show you a warning: “The use of Swift 3 @objc inference in Swift 4 mode is deprecated.” To resolve this, you need to change the “Swift Language Version” build setting to “4.2” (see TIMOB-26770 for an upcoming fix in the template). For more info about @objc inference, see the Limiting @objc inference proposal.

To see a few more examples of how to implement proxy properties and methods, let’s switch over to the titanium-onboarding module. It implements the awesome PaperOnboarding Swift UI library and is our first official native module written in Swift.

To not blow this blog out of proportion, we will concentrate on a few selected examples from TiOnboardingViewProxy.swift.

This will define the property pageItemRadius on the proxy. Again, note the use of @objc attribute to make this property available to the Objective-C runtime, which is required for Titanium to be able to expose it to JavaScript. This simple declaration is enough for most simple data types you can directly assign like String, NSNumber (note: Swift’s Numeric is not Objective-C compatible), KrollCallback functions or even arrays and dictionaries.

However, when it comes to more complex types and you want to retain Swift’s type safety, there is a little trick. Color values, for example, are typically specified as a string on the JavaScript side and handled as TiColor or UIColor values on the native side. Now is the perfect time to make use of Swift’s computed properties.

This will expose the property defaultItemColor as a String and store the converted native value in an additional private property named _defaultItemColor, which you can use throughout your code and benefit from Swift’s type safety and IDE auto-completion features.

Tip: If you are wondering what replaceValue does, check the Setting Proxy Values section of the iOS Module Architecture Guide.

Everything that is documented in the official Swift Properties guide, like computed properties or property observers, can be applied to proxy properties.

We have already seen a proxy method definition in the module class (which is just a special purpose proxy) above. To give you one more example for proxy methods in Swift and how to handle arguements, take a look at the following method from TiOnboardingViewProxy.swift, which performs a simple transition to an onboarding page with the given index:

Since arguments will be passed as an array of Any, we need to explicitly cast them to the types we want. For that, Swift’s excelent type casting serves as replacement for the various utility macros from Objective-C like ENSURE_SINGLE_ITEM(args, type). In the above method, these checks are implemented by a guard as well as an additional if statement to check for an optional second argument.

The initial guard makes sure we have any arguments at all and also that the first one is of type NSNumber. If those requirements are not met, we simply return early and do no transition at all.

To check for the optional second parameter, we first define the default value of true. If a second argument was provided a conditional cast can be used to see if it’s of type NSNNumber. If that’s the case, Swift will use the casted value. Otherwise, it will assign our default value.

In a nutshell (or tl;dr)

Those are the most important things you need to know to get started with Swift native module development. For the tl;dr faction among you, here is everything condensed in a few bullet points:

This is the first iteration of Swift support in native modules, so naturally there are a few limitations while we work hard to make the rest of the core Swift-compatible.