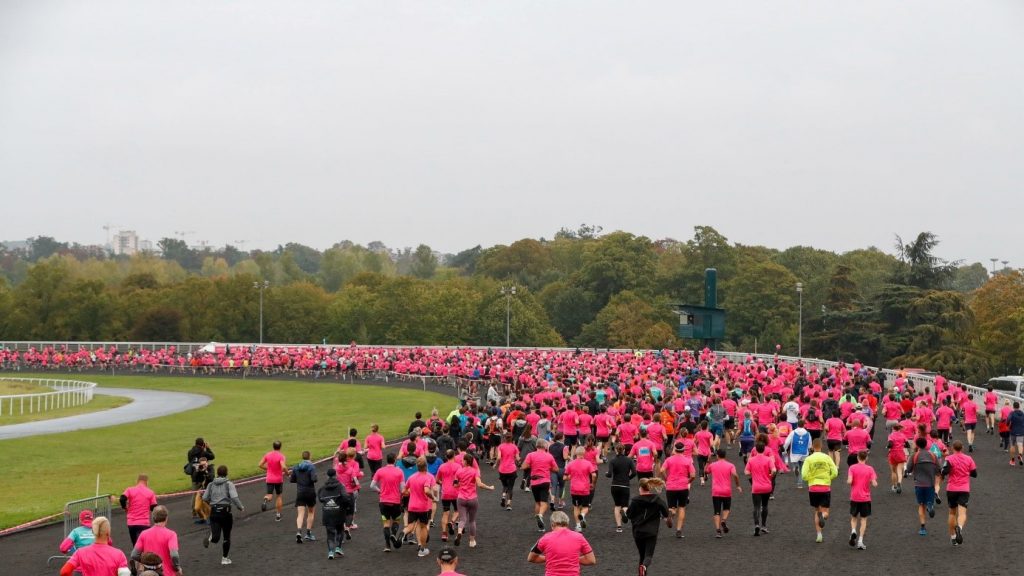 Created in 2002, Odyssea is one of the most popular caritative races which takes place in 13 cities all over France to create awareness and support for research to battle breast cancer. This race allows the collection of funds by allocating almost the entire amount of registration to be given to Gustave Roussy, one of the world’s leading cancer-research institutes and the premier European Cancer Centre for patient care, research and teaching.

All competitors trained for weeks, the French Work Council provided its sponsorship and organized a special breakfast to encourage all the runners.

This year, Axway took the opportunity to get a booth in the Companies Village to make our participation more visible. Many other companies were next to us including some of our clients like BNP Paribas or our cousins from SOPRA which were there as well.

On a rainy Sunday, October 6, 2019, thirty-six Axwegians and four super supporters woke up (very) early to back a great cause. Everyone is welcome to either run (10km or 5km) or even walk (5km) at Odyssea.

Thanks to our booth, the team had a rendezvous spot before the start of the run/walk and shared a while of concentration before the effort and encouraged each other (even warmed up their muscles to avoid injuries). Learn what happened at the 2018 Odyssea run.

And then the run was launched! The best time our team registered for the 10km run was 43 minutes. Congrats! Every Axwegian did his/her best to achieve the run or the walk despite the very seasonal rainy weather. 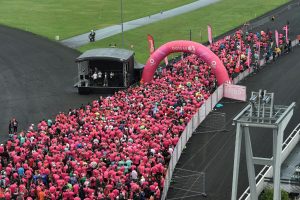 October, a.k.a Pink October is internationally recognized as the “Breast Cancer Awareness Month.” Remember, back in the 90s, in the New York marathon, when breast cancer survivors wore a pink ribbon. Subsequently, a charity was formed which aims to give 90% of the money it raises to support scientific research and public awareness of the disease, in 30 years, millions of dollars (euros) have been donated to the cause.

“Pink Ribbon Inc.,” New York-based charity, promotes Breast Cancer Awareness Month where like-minded, affiliated international groups participate in fundraising using the pink ribbon motif. The sponsors are encouraged to use the pink theme and it’s not unusual to see municipal fountains gushing with suitably colored displays. In France, several races are organized in support of this cause and the most widely known is the Odyssea race.

Congrats to every Axwegian who participated in this event; this was a great experience that we will renew for sure next year; with humility, we can be proud that Axway is so invested in the cause: you may not know it but, this year, we were happy to contribute to the record amount collected of 635 000€.

Huge thanks to Line Gil, Laetitia Ratier and Guergana Vassileva Cochet for organizing the event, and to Aurelia Faisandel, Flavia Tovo and her son, Aida Elena Alecu, Eric Bouaziz and Steve Tremor who supported the Axway team and made the Axway booth so welcoming!