Skip to content
Axway Blog > Life at Axway > Employee Spotlights > This is how we rock at Axway! 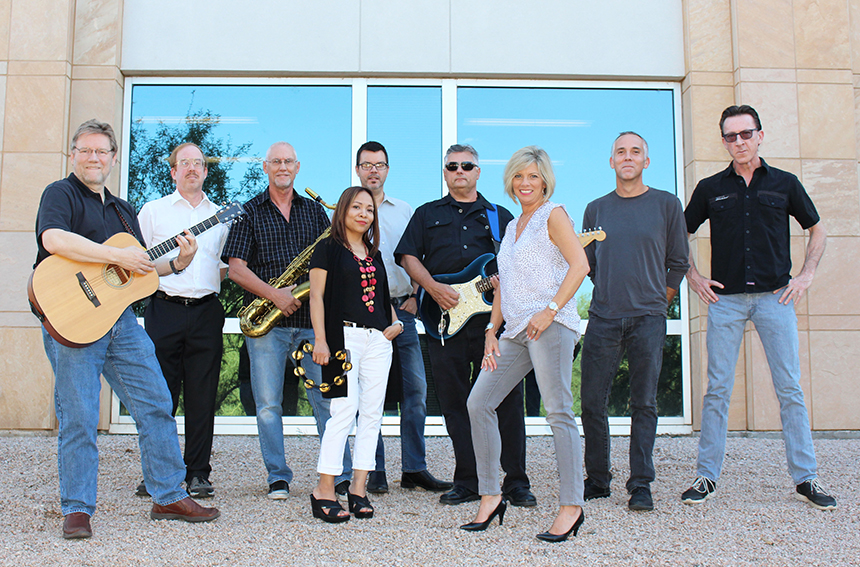 Axway is known to throw a good party, and next month we will be throwing an epic barbecue outside our U.S. headquarters in Phoenix. As part of the celebration, we will debut a new rock band called the “Grifftones” in honor of Axway’s Griffin logo. The name for the band came as a result of an employee poll which included other potential names like “Griffin Rising” and “The Rockin’ Griffins.” But the idea for the band came from a little European influence.

“A few months back, I saw a blog post about a group of Axway musicians that performed at the La Defense [Paris] office in celebration of Fête de la Musique or Music Day,” said Grifftones’ lead guitarist Rick White. “I was challenged to do something similar here in Phoenix, so I began recruiting Phoenix Axwegian musicians.”

White says the Grifftones have rehearsed five times over the last two months and that they are excited to perform at the Phoenix barbecue in November.

“We will play for about one hour and will be performing classic rock and pop hits that everyone will know,” said White. “It has been a great experience working with these talented musicians.”

The lineup is made up of Axway employees from all departments. They include:

Taking the lift to the Axway office in Phoenix #axwayoflife

The Grifftones have just a few more weeks to practice for the November 2nd event, but they are up for the challenge.

“We look forward to performing for our fellow Axwegians and eating some great BBQ thanks to Brian LaTour,” said White.

Do you want to learn more about the Axway of life? Click here.