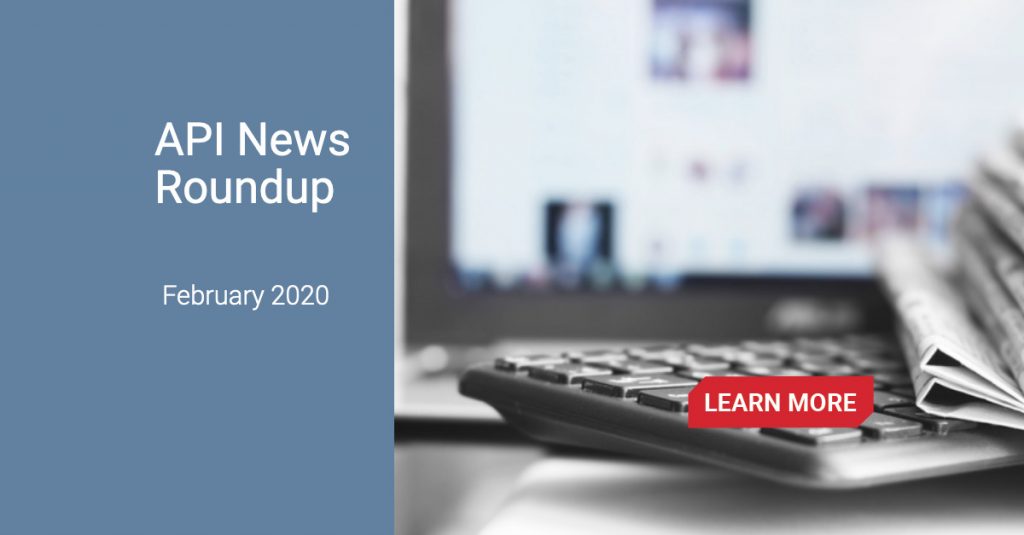 It’s the season of love. I hope you had a restful holiday and eventful Valentine’s Day. We are back with this month’s API headlines, so put down the chocolates and get ready to devour the API news roundup – February 2020 edition.

GitHub has launched an Actions API, plugging what it described as a “key feature” gap its workflow offering.

Three API security risks in the wake of the Facebook breach

Facebook recently pledged to improve its security following a lawsuit that resulted from a 2018 data breach. The breach, which was left open for more than 20 months, resulted in the theft of 30 million authentication tokens and almost as much personally identifiable information. A “View As” feature that enabled developers to render user pages also let attackers obtain the user’s access token.

Impala has raised another round of funding just a few months after raising an $11 million Series A round. This time, the startup is raising a $20 million Series B round led by Lakestar. Latitude Ventures is also participating in the round.

Big banks are in a race to have the most-used application programming interfaces, and Wells Fargo says it’s off to a fast start. Its APIs were called 1.5 billion times last year, according to Imran Haider, head of open APIs for Wells Fargo.

Read the article on American Banker.

The future of open banking

Observation: The future of open banking and the banking model is under attack—negative rates, loss of payments (GAFA, Crypto), FinTech disintermediating the customer relationship. They only have two assets left:

This is the final part of a three-part series where we will ultimately build a Cloud to Cloud (C2C) integration between Service Now and Slack, utilizing Event-Driven triggers to execute an automated orchestration Flow.

Thank you for reading our API News roundup – February 2020. We’ll see you next month with more API headlines.