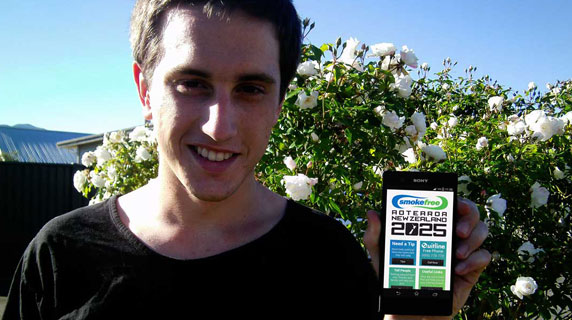 With so many creative and useful apps being built every day with Appcelerator tools, it can be hard to keep up with it all. We love to hear from innovators who are developing great mobile products that solve real-world problems and make life better for their end users. And these people are all over the globe. This week, we headed to New Zealand to catch up with one young Appcelerator user who is well on his way to becoming a world-class developer.

At age 17, Nicholas Humphries is growing up in a mobile-first world. But he doesn’t see mobile technology simply as a fun way to communicate with his friends; he sees an opportunity to open doors for his career and improve the world around him. Recently, he won the top award in Massey University’s “It’s My Life” competition for a smartphone app he created called Quit Toolbox. We had the chance to ask him a few questions about this project and his plans for the future.

Appcelerator: Tell us a bit about yourself.

Nicholas Humphries: I’m 17 years old and currently the Head Boy [ed. note: this is something like “class president” in the U.S.] at Fiordland College in New Zealand. At age 13, I decided to teach myself how to develop Android applications. I began by learning basic Java syntax and then moved on to YouTube tutorials on native Android development. After four years of building Android apps, I became interested in developing mobile applications that could run on more than one platform. I mainly develop apps for fun and to continue to gain experience as a developer. When I saw the “Smokefree, It’s My Life” competition, I decided to enter and create an app to add to my development portfolio.

So, what did you build for the competition?

NH: I built an app called “Quit Toolbox” that is designed to help people quit smoking. It puts information and resources for people who are trying to quit at their fingertips. I decided to use Appcelerator because of the simplicity of multi-platform distribution that they offer. With the money I won from the competition, I plan to buy a Mac so I can release the app on the Apple App Store too. The best thing about Appcelerator was that, within three weeks, I was able to go from having no experience with their product to having finished and completed a full app.

What’s your favorite feature of the app?

One of the features implemented in the app is a notification system which gives you a reminder every day on how to handle cravings to smoke. I used an Appcelerator module that allowed me to tap the native Android Alarm Manager to create the notifications. Appcelerator’s flexibility enables you to do anything and also makes the development cycles of an app very fast. The most challenging thing about learning Appcelerator was figuring out how to debug on my Android phone (Sony Xperia Z), but, with help from the online forums, I was able to fix this problem quickly. The Appcelerator online community was really helpful in fixing roadblocks I came across. 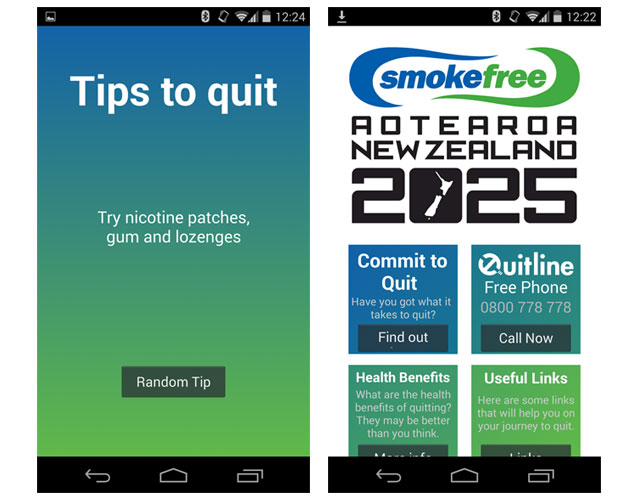 It sounds like you learned how to build mobile apps with Appcelerator quickly. How did you learn so fast?

To learn how to use Appcelerator, I used one YouTube “Getting Started” tutorial. From there, I just sourced the information as I went. Since I was working on the application alone, I was not able to bounce ideas off of others. I was grateful that there were so many resources I could find on Google, and the Appcelerator online community really helped out when I got stuck.

What is your plan for the future of this app?

I’d like to update the app in the near future, and I’m planning to add a savings button which will calculate how much money the user is saving from quitting smoking. This will be easy to implement, as the basic structure of the app is already built, and it should only require a few small additions. Since the testing is so quick with Appcelerator, it is very easy just to tweak a few things in the app and to push pixels when you are designing the layout. The updated “Quit Toolbox” app will be released later this month on Google Play.

What else are you working on?

Outside of this app, I plan to use Appcelerator for more projects that require a quick development cycle. Currently, I am creating a variety of apps to add to my portfolio. My goal is to get a job as a mobile developer later in life.

What do you like most about being a developer?

Being a mobile developer is the coolest job on the planet because it’s awesome to see the look on people’s faces when I tell them I built the app they are holding. Their whole face lights up with amazement and disbelief. Being able to create high-quality and sophisticated apps is so satisfying and a great challenge for those who love to solve problems.

Being a developer means I always have a project to sink my teeth into and forces me to learn something new in order to solve problems along the way. I’ve gotten really good at using Google and online forums!

It’s clear you have a bright future in mobility. Where do you see this industry going?

Mobile is changing the world in a massive way. It is enabling us to get information in real time and allows us to do things that, 10 years ago, would have seemed impossible. Now it is up to mobile app developers to build apps that serve a purpose and deliver the information that users really need. There are so many apps out there that do not function as well as they could or should. Developers need to keep up with the rapidly changing world to create relevant software that improves upon what has already been built.