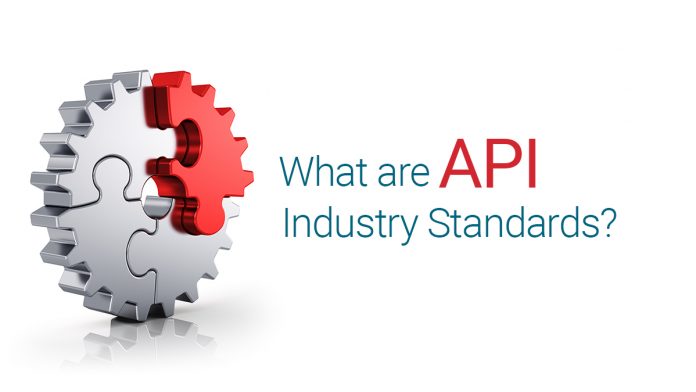 Some businesses are making API industry standards mandatory. The European Commission has implemented a set of API requirements for the Banking and Financial sectors, called Payment Services Directive 2 (PSD2). This is a set of rules that Banks are required to adhere to in the use of APIs.

In the United States, the Healthcare industry implemented rules in 2018 to set out and promote the utilization of APIs for getting access to patient healthcare information.

APIs (Application Program Interface) are a set of tools that developers and programmers use to create software. They work as a back-and-forth form of information between the user and the institution you are interacting with.

For example, when you buy a ticket online, you input your credit card information and details, APIs send the information to the company to transform the data into the final ticket. They interact in a fluid and rapid manner.

Different industries require a different set of standards. Not all APIs are a one size fits all model.

For example, different formats have pluses and minus from SOAP vs REST vs GraphQL.

Each industry has requirements that differ when it comes to APIs.

When it comes to the banking and FinTech industry, the most important thing for consumers and the industry itself is security. API industry standards in this area revolve around the 2018 Revised Payment Service Directive (PSD2). Basically, this gave free rein to developers to head into the financial market by using the bank’s open APIs without the need to comply. Future rules will most likely change as time goes by. Read more about Open Banking, Open APIs, and PSD2.

Note that IoT (Internet of Things) diverges from the average API industry standards.

Because AsyncAPI is more usable for human interaction and machines, it’s most likely this approach is more advantageous with IoT for developers making it the more prevalent API standard.

The times are a-changing! In the early days, APIs were built by using SOAP, but now companies are adapting to RESTful APIs such as Lyft, Uber, TfL, and others. Furthermore, APIs that are used by TripAdvisor and Google API use REST as well.

GraphQL vs REST, a difference in approaches for other industries in Social, news, and shopping. GraphQL has taken up space with impressive companies such as the New York Times, Shopify, and Twitch, among others. As an API industry standard, GraphQL seems to provide the user with more control over their data from the server. It has a reputation for being a better fit for data-heavy industries.

Why are API Standards Needed?

When it comes to an API being able to deliver and reach an audience, it’s necessary to have APIs that are available externally. This drives your company’s revenue and bottom line. When you’re able to communicate freely to the customer, the reach is far more global with businesses and interactions amongst customers.

It’s important to note that industries from around the world should come together collectively to conform to API industry standards because it benefits all companies concerned who utilize APIs. It’s noteworthy to state that companies will adopt new standards at their own pace but having them in place sets the roadmap for others to follow.

In the end, if you want to achieve success, certain monitors should be in place around APIs so results can be examined.

Download the white paper to learn more about how to modernize your IT infrastructure with APIs.