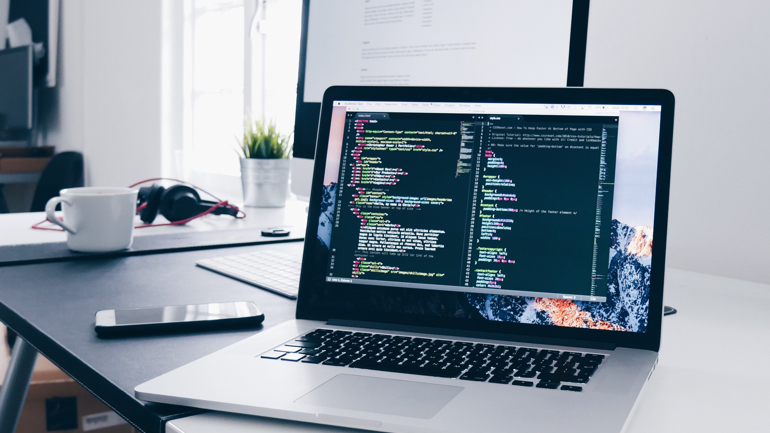 This was the last keynote of QConLondon. The talk was divided into two parts: the first part dealt with the question « Should we build our own system (NIH (Not Invented Here) syndrome)? » while the second part was a short status update of what Roy’s team has done and where they are going with their own monitoring system. First, Roy started with a check-list of questions you should ask yourself when you are facing a problem:

If you’re not the first:

Then Roy examined the reasons of the NIH syndrome which he would tend to qualify more as « Not invented by us ». Mainly this is a question of trust:

But it’s also a matter of honesty: is it really important to you? From which perspective(s)? Technical, personal glory, etc. In the end, you may notice asking yourself the question « May be I should build my own system? » If you’re a big company, while you cannot afford if you’re not. Whatever the decision you made, Roy concluded that you have to fight for what you are doing…

Microservices: software that fits in your head – by Dan North at QConLondon

Thus, code is not the asset but the cost. From this perspective, code should be either stabilised or killed off fast! To achieve this, Dan sees two complementary patterns:

In addition, we must consider:

« Fits in my head » is the avaibility to reason on code. If code is hard to reason, it won’t fit in my head. But there are multiple scales: you can reason at a method scale, at a module scale, and so on. « Fits in my head » is also about « What would James do? ». Under this question hide the issue to create a common shared knowledge across the team and a contextual consistency on which the team and the code could rely on. Contextual consistency means actually « given the same context, given the same constraints, we’d likely to make the same decisions ». So, once the team agrees guiding principles and idioms, on doing the things in the same way, you can make statements on « difference is data ». In summary, if the code is consistent but a piece of code is different, one can infer that there are special constraints that lead the team to code differently. At last, the team should strive for simplicity not familiarity. Familiarity is « being used to do something » and this « something » can contain lots of inconsistency or bad practices. While simplicity is « we’ve been committed and we’ve simplified it, we’ve made it obvious ». These principles can lead to a replaceable components architecture. And microservices can be this kind of architecture as long as we choose for replaceability and consistency: « smaller is not necessary better, more replaceable is better » The talk was great and I suggest you watch it if you get a chance. What I’ll remember will be: « code is not the assert but the cost », « kill code fearlessly » and « more replaceable is better »!

This talk was about how Spring Integration, Spring Expression Language (aka SpEL), Reactor with the LMAX Disruptor could address finance issues such as processing billion of events per day.

The talk gave an overview of the Reactive Manifesto whose the four pillars are:

Stuart showed us some codes that uses Reactor. Then he mentioned some issues about performances that have been fixed thanks to the SpEL team that improved drastically this library. And at last, he went through some pieces of code to demonstrate how all these technologies worked well together.

This talk was in the track « Taming microservices » but actually was not so much related to micro-services. Except if we consider we need protocols to make microservices talk to each others. It was a pretty interesting one. But quite difficult to transcribe. So, if you are interesting in designing or implementing protocols, I would advice you to watch the talk or at least read the slides…

No Free Lunch, Indeed: Three Years of Micro-services at SoundCloud – by Phil Calçado at QConLondon

Phil started his presentation by a reference of a Martin Fowler’s article (« You must be this tall to use microservices »). To be able to achieve a microservices architecture, you must have at least:

These are three pillars of the DevOps culture. Then, Phil presented the context at the time they were working on a microservices architecture in 2011:

So, to handle their microservices architecture, they use:

Since, technologies have evolved (especially for containers), SoundCloud could have thought to migrate to Dockers (with Kubernetes). But right now, it’s not a priority and they prefer to see how things will evolve for these new technologies… It was interesting to discover which tooling is used at SoundCloud to address their microservices architecture (especially the monitoring tooling)…

Building a Modern Microservices Architecture at Gilt: The Essentials – by Yoni Goldberg at QConLondon

Gilt is a fashion e-commerce website. At the origin, it was a monolithic Rails application with Postgres databases. But they had issues with that:

To fix these issues, they decided to:

90 % of their scaling issues was solved. But there were challenges with these changes:

The last challenges has been addressed by adopting New Relic, Boundary and Cave. In summary,

Requires a lot of tooling

Easier to release and manage code in larger teams

Integration environment are difficult to maintain

Break complex problems to smaller ones

So, there are still challenges to face… It was an interesting talk: you learn a lot from the challenges met by other people and how they face them…

The last talk of QConLondon. And it ended quite well this QConLondon. Michael Brunton-Spall worked at the Guardian (which is quite famous for having switched to Scala technologies and microservices architecture) and is now working for the British government. With some humor, he distilled his experience and thoughts about what is a microservices architecture and how DevOps culture may help to support it (plus a few anecdotes about how it is “challenging” to work for a government institution…). According to Michael, everyone has an opinion about microservices:

Because all of that, infrastructure guys may see this with fear or distrust (it looks like a personal experience ;)). As matter of fact, microservices may be a new organisational model as much as a new architecture model: the role of engineering and operations is changing. It is changing because microservices tends to focus you on delivering business value. How to start with microservices? First, you may start in small. To do so, you need:

« If it moves, graph it. If it doesn’t move, graph it anyway just in case it does » @lozzd

And as you hand the keys of deployment to developers and have an alerting mechanism, Michael stated that developers should get pagers: « Developers should be exposed to the pain they cause. » Once you have all of this, what about microservices in the large? There are some others considerations to take in account:

Michael concluded his talk at QConLondon with some “hints” such as treating operations teams as consultants that would be like pioneers who pay the cost and then settlers who pave the roads (through documentation and automation). It was a nice talk and touches of humor were delighting :).