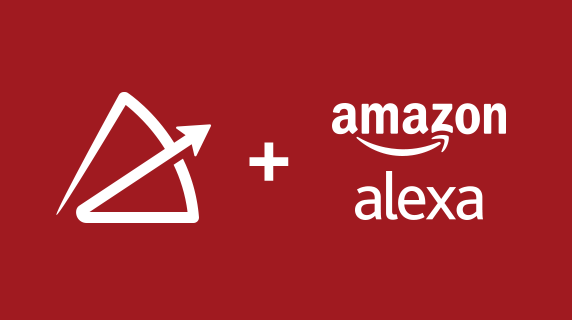 The Skill Interface handles the following:

The Skill Service is responsible for implementing the logic associated with your speech request (e.g. fetching the weather from a weather API) and constructing a response to the POST.

In this blog post, we describe how you can use AMPLIFY to host your Amazon Alexa Skill Service. We also cover the basic setup and workflow. In future posts, we’ll explain how other aspects and features of AMPLIFY can be used as part of your Skill Service.

There are plenty of resources for getting started with Alexa. Here are some that I found useful:

The concepts implemented in this example are derived from an excellent tutorial by Jordan Kasper, titled Building an Amazon Alexa Skill with Node.js.

Since the POST will be coming from Amazon, I found it useful to develop my API Builder project in the cloud so it would be easily accessible from the internet. This blog post discusses using Cloud9 for API Builder development. 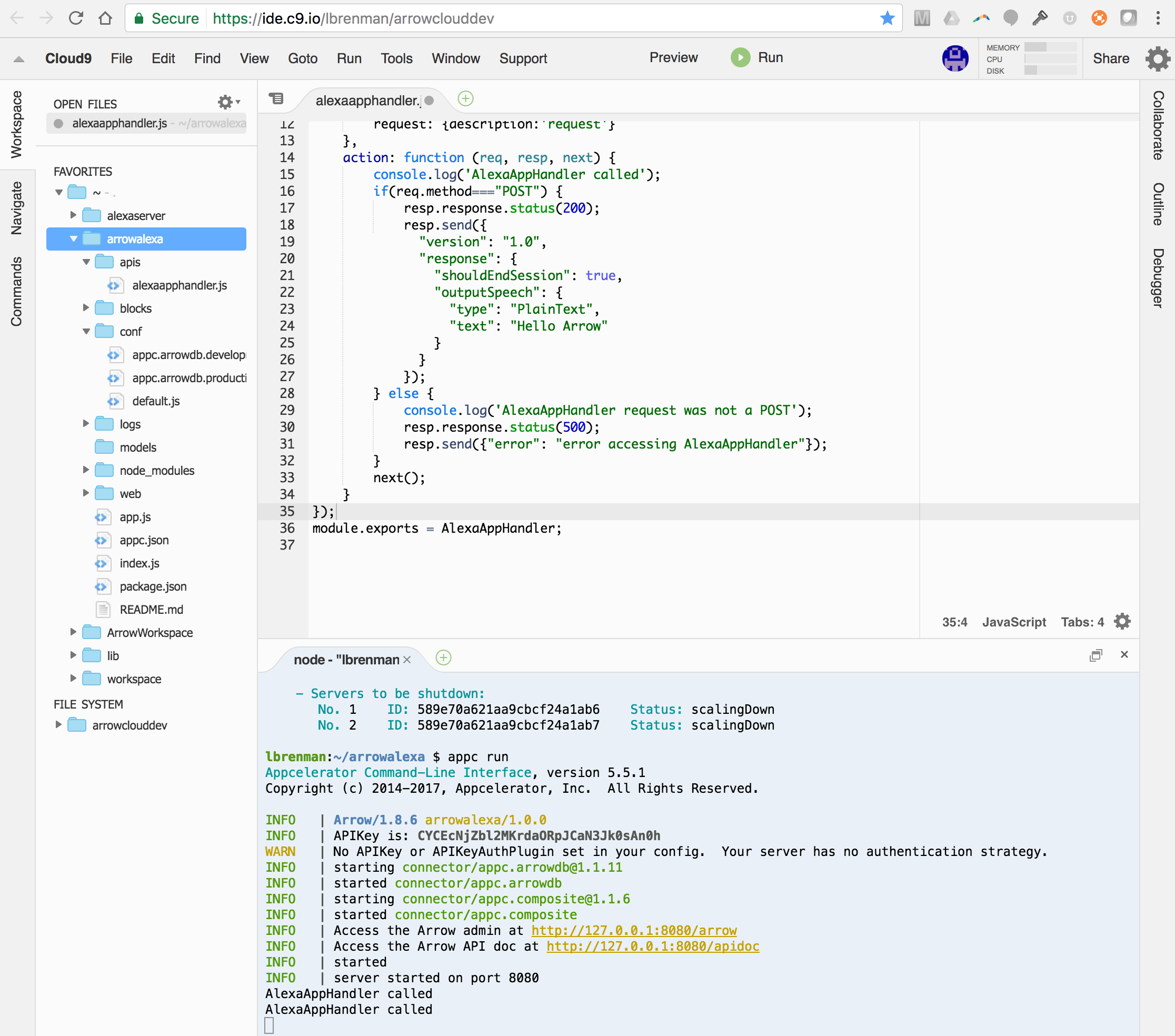 My Skill Interface is simple and enables the user to say “Alexa, ask Hello Arrow to say hi”. The Intent Schema is below:

The Sample Utterances are below:

During development and testing, my API Builder project was running on Cloud9 so, in the Skill Interface Configuration tab, I set the Endpoint to:

When I published my project, I changed the Endpoint to my published API at:

The Skill Interface setup is shown via screen shots at the end of this post.

According to Jordan’s Tutorial the API request coming from the Skill Interface will be a POST whose body has the following structure:

and the response should have the following structure:

During my Alexa development, I found that another object, context, is present when the Echo sends the request versus when the Skill Interface simulator does, so I found the structure to actually be:

One way to implement this in API Builder is to create a Custom API that will service the request from the Amazon Alexa Skill Service. My Custom API, alexaapphandler.js, is shown below:

alexaapphandler.js should be placed in your API Builder project’s /apis folder.

Once the API Builder project is published change the Skill Interface Configuration Endpoint to the published API:

This Skill Implementation will cause Alexa to respond with “Hello Arrow”. You can hear the dialog here.

You can see how easy API Builder makes it to define an API that can help you create your Alexa Skill Service.

While the code above works fine in the simulator and on a physical Echo device, it will probably not pass Alexa Skill Certification since we are not verifying the request to insure that it is coming from the Amazon Alexa Skill Interface. This is mentioned and described in Jordan’s Tutorial.

We’ll cover ‘verifying the request’ as well as how we can leverage other features of AMPLIFY, such as ArrowDB, in future blog posts. 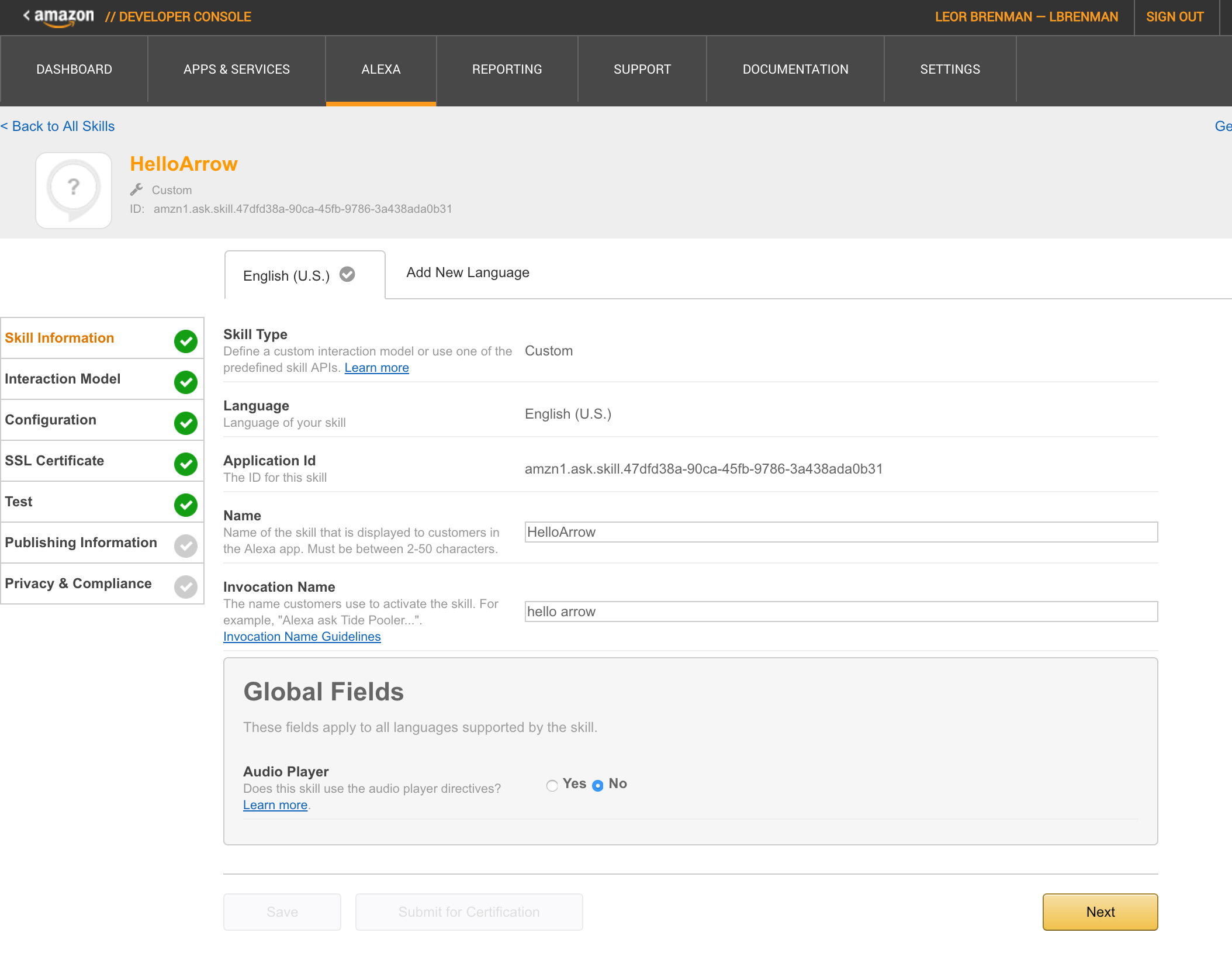 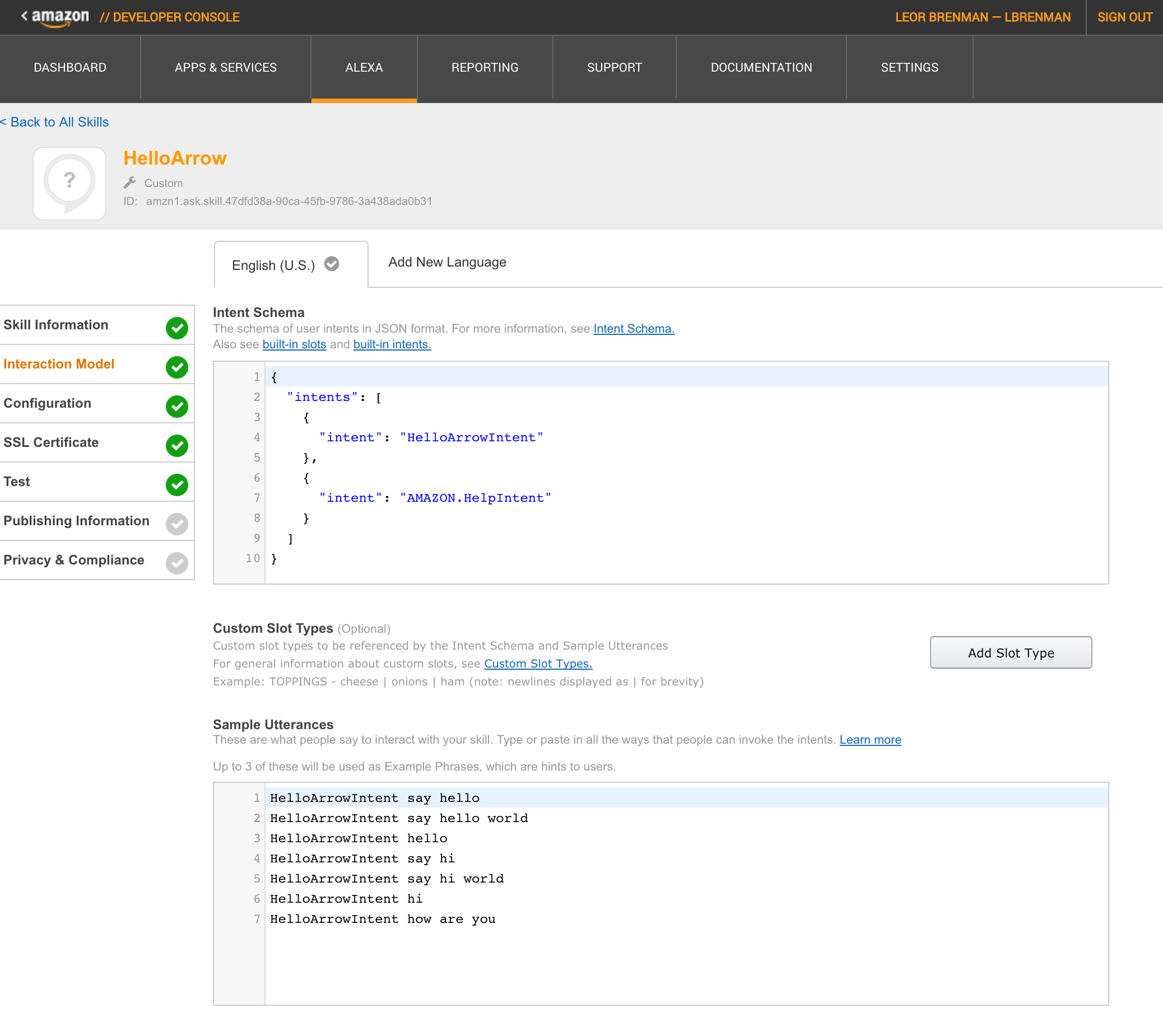 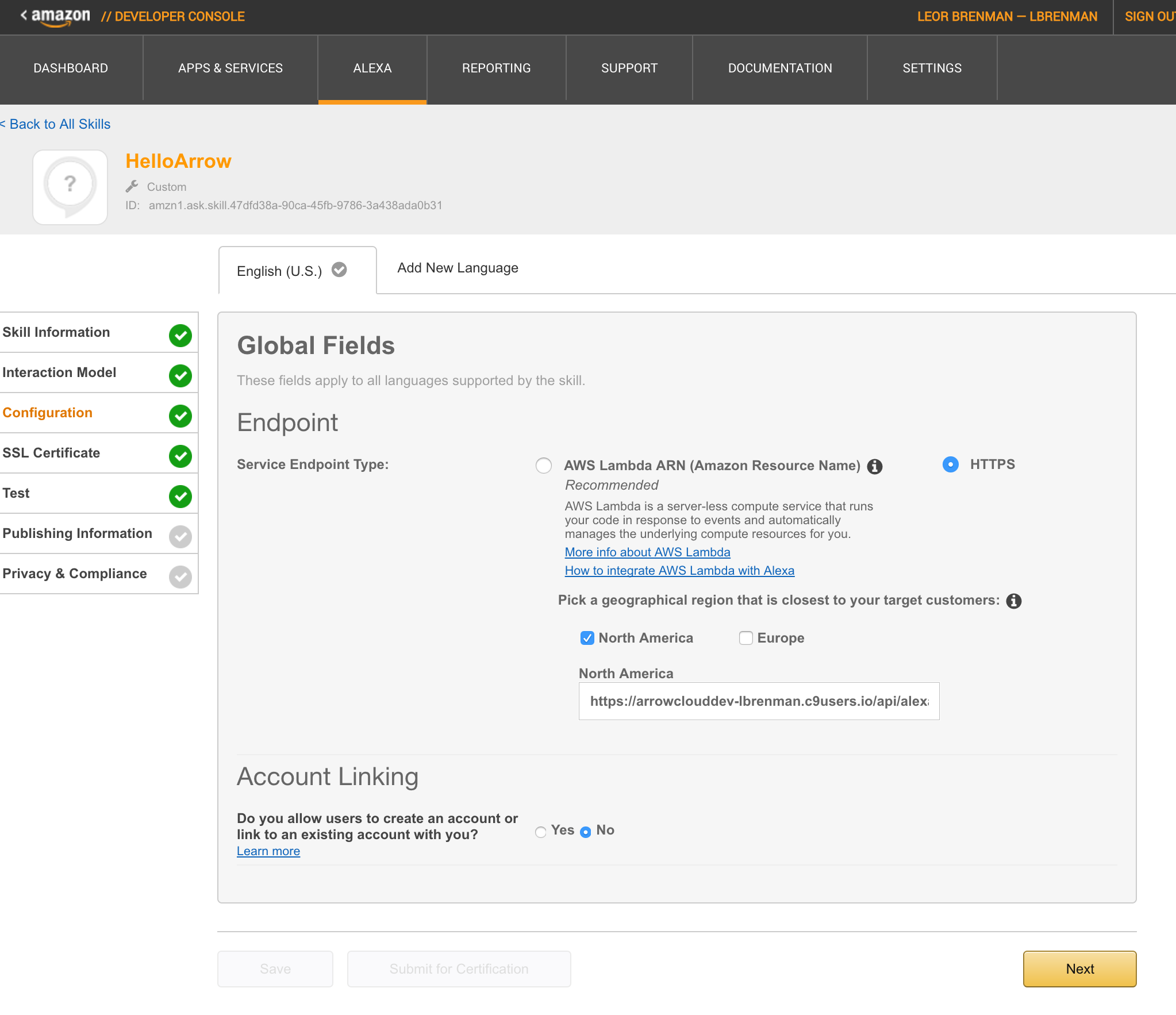 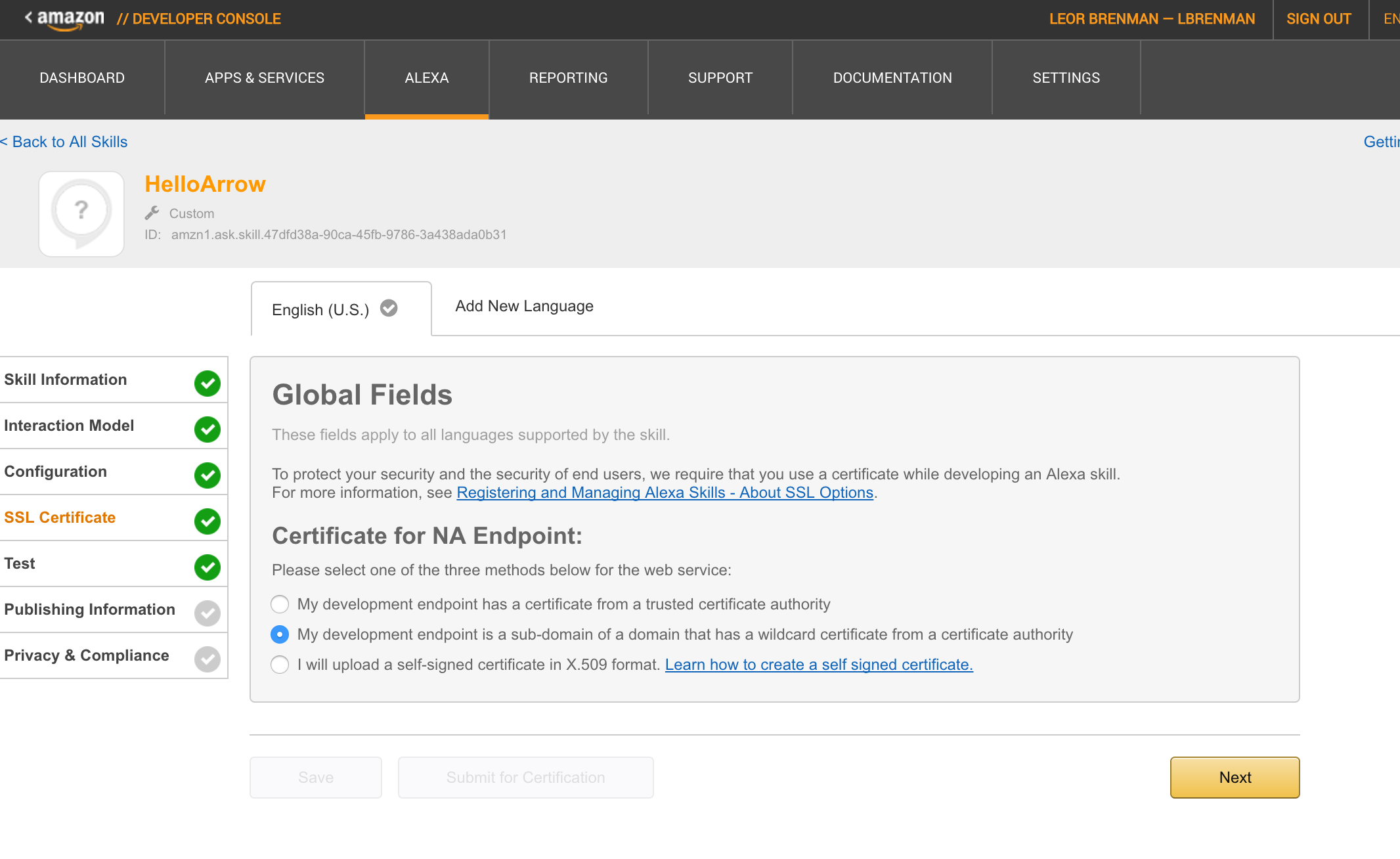 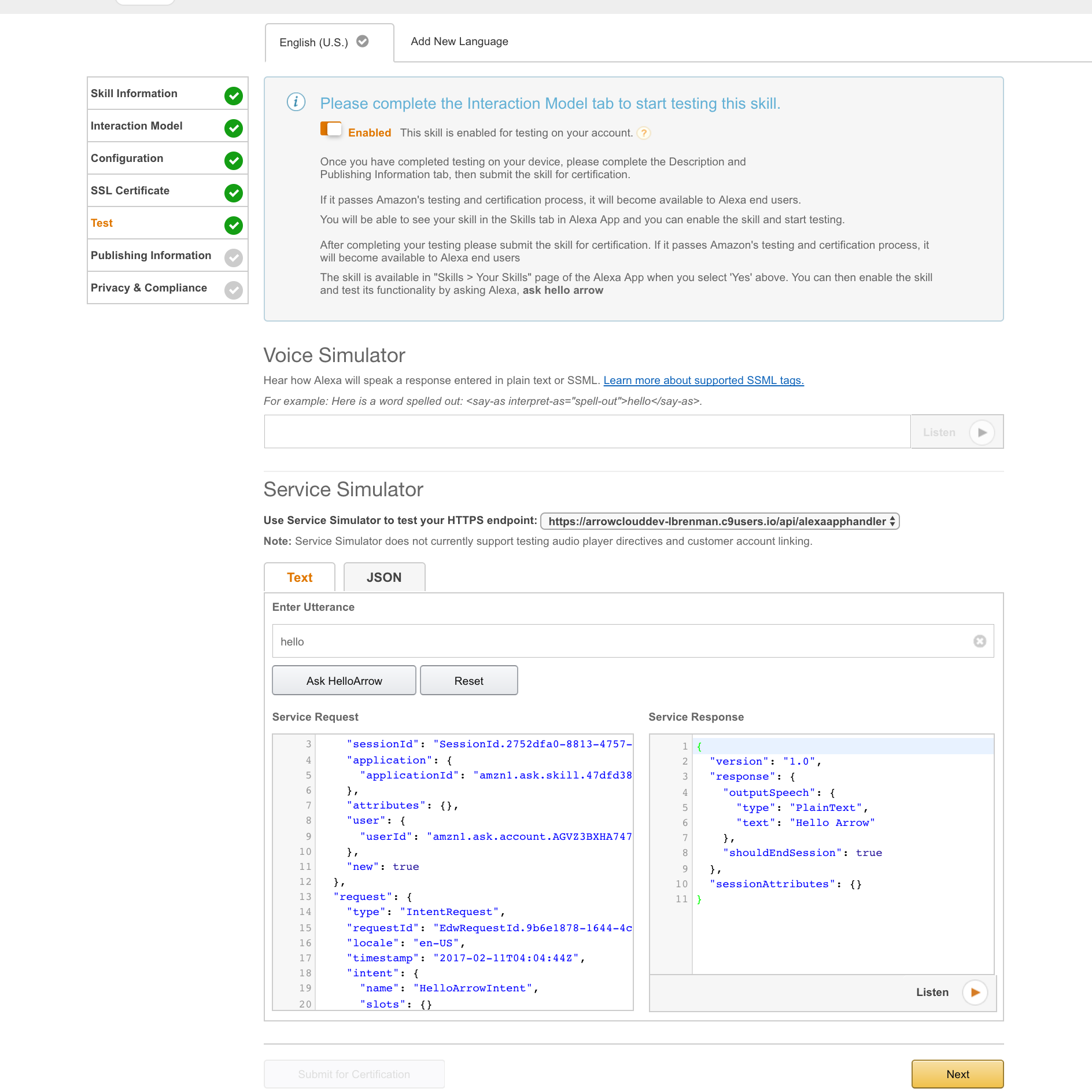