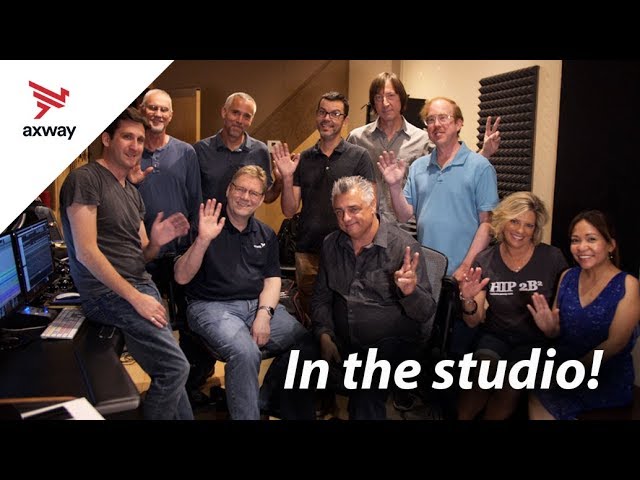 What do you think about when you hear the term “modern workplace?” Do you get visions of break rooms complete with ping-pong tables and video games? Do you think of virtual meetings using videoconferencing technology to allow collaboration between colleagues throughout the globe? Or do you think of rock-and-roll bands where employees collaborate on original songs? If that last idea sounds familiar, then maybe you work at Axway.

One of the themes that we have embraced at Axway over the last year is that we are Better Together–that the whole truly is greater than the sum of its parts. Effective collaboration is a key component of the modern workplace. And one way we have demonstrated this is by creating a publicly available original song called “Better Together” by Axway’s band, The GRIFFTONES.

The song’s message is that “we’re great on our own, but we’re better together.” And this concept is even reflected in the song’s journey from idea to release. The song went through several changes during the writing process as the result of suggestions by band members. Then each of the members of The GRIFFTONES brought their unique abilities and talents to a world-class recording studio in Phoenix. And the final product, which hit all of the major online stores this week, truly shows what can happen when talented people collaborate.

Releasing an original song to the public and donating the proceeds to charity is a pretty modern thing to do.  It is also pretty unique. Can you think of any other tech company that is releasing original music?  It is also extremely fitting that the song was actually made better through collaboration. Band members contributed ideas about lyrics and melodies and brought their vocal and instrumental styles together in the studio. The resulting track is truly better–Better Together.

Having a company band that creates original music makes Axway as modern a place to work, as are our IT infrastructure solutions are innovative. And as Axwegians like and share the song, maybe it will become the first Top 40 song to be created by a tech company. That’s more than modern. That’s HIP.