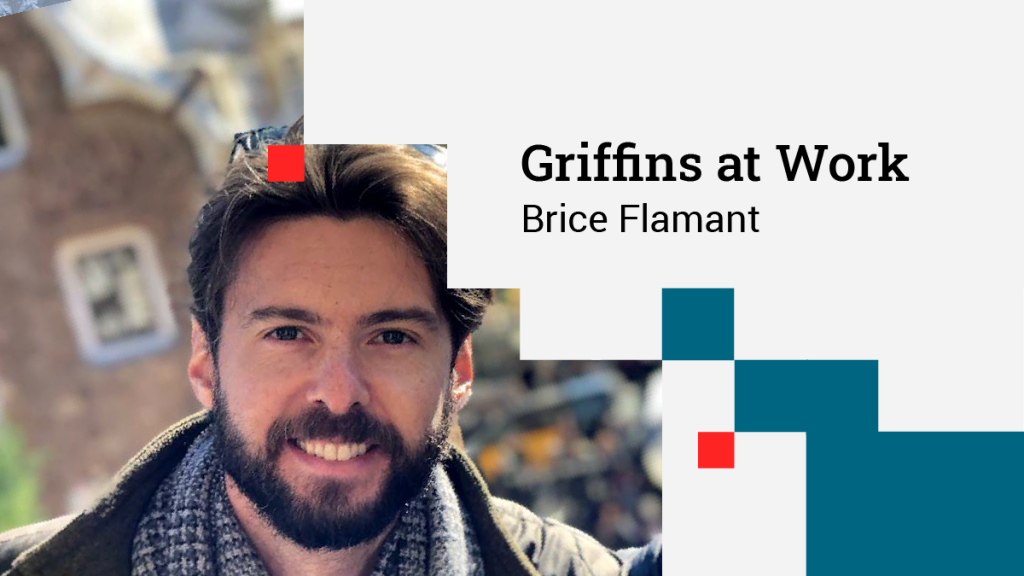 Our Griffins at Work series introduces you to some of our incredible Griffins, sharing their stories about all the things that make Axway an incredible place to work, grow, and succeed. Whether they’re internally mobile, returning veterans, or on the hunt for exceptional new talent, Griffins at Work is all about what makes Axway great: our people!

Last month, we visited Ana Dima in Romania. Today, we’re talking with Brice Flamant in the United States. Internally mobile across numerous teams, roles, and even continents, Brice is a returning Axway veteran taking the lead on a brand-new team in R&D.

Brice is the Senior Director for the Site Reliability Engineering team and is based out of Colorado, in the United States. 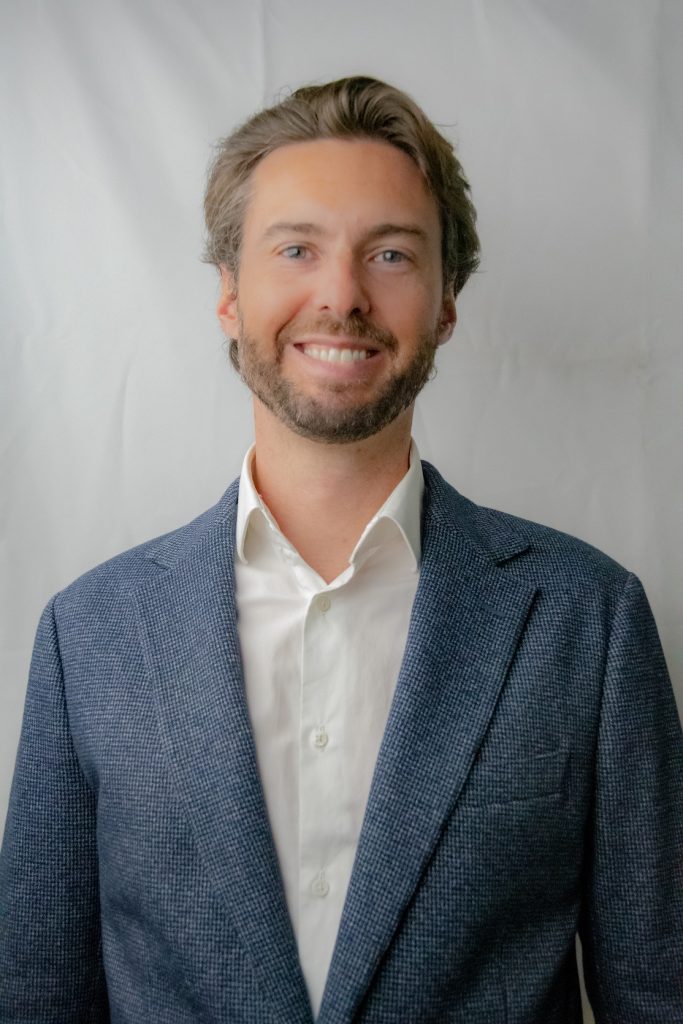 “It’s a team that is part of R&D, responsible for ensuring that our solutions are reliable,” he tells us. “This comes in the form of processes around our Customer Zero mandate to easily and efficiently install, update, and deploy our products; support and tools for containerized deployments; as well as continuous improvement on our monitoring and alerting capabilities. We are also responsible for automating and operating Kubernetes deployment for some cloud environments.”

Brice originally joined Axway in 2008, where he was working out of the Paris office. Beginning as an intern, he later joined the Managed Services team in Europe. His role crossed boundaries between Professional Services and Pre-Sales, where he worked closely with customers and assisted in migration projects.

His work in Europe eventually grew to working with the North American Professional Services Team (PSO) in 2012, which later opened the door to moving to the United States. For Brice, he found the motivation to pursue his move through the desire to experience life abroad, outside of France.

“When I did Pre-Sales and Project Management, I had the experience to go to different countries for a couple of weeks at a time, or sometimes even up to a couple of months,” Brice says. “But I was feeling that when you go there, it’s not the same as when you actually live there. I wanted to have the experience of actually living as a resident in the country to see what it’s like.”

“I moved to the US in 2014,” Brice tells us. “The opportunity came because the position I took required a good knowledge and a good history with Axway. You needed to understand why we’re doing all these types of services and how we’re doing it today. It was difficult to get someone from outside [for the role], and since I was working with a lot of people on the NA PSO management team, I let them know I was interested, and it happened like that.”

But Brice’s moves didn’t stop there. “I was with the PSO team from 2014 to 2016,” Brice says, “and in 2016, I joined the Product team. I was there a little over two years, focusing mostly on the Managed File Transfer (MFT) product line. After two years, I moved to the Technical Success team where I was the Global Solution Leader for MFT.”

Reminiscing on his time at Axway, Brice finds that he enjoys the potential for growth and innovation available to Griffins.

“What gets me motivated and excited to be at Axway is that I know there’s tons of opportunity,” he says. “If you have good ideas and something smart to say, and you’re ready to follow up on what you’re saying, you get an opportunity to do it. I feel there’s always something next for you.”

In 2019, Brice departed Axway to continue his passion for exploring new opportunities and pursuing growth in his career. Despite leaving Axway, he remained close to the people and teams he left behind as he took a role with a close partner of Axway.

“At my new company, I realized that no one was really managing the partnership with Axway. Since I knew a lot of people there, I volunteered to be the partnership manager in addition to my other duties. It gave me a chance to stay very close with Axway for the year and a half I was gone.”

The prospect of returning to Axway provided Brice another opportunity to reassess his career path and make important decisions about how he wanted to continue to hone his skills and chase new experiences.

“I felt that coming back after just a year and a half, I wouldn’t have enough new ideas, new methods, or new ways of doing,” Brice says. “But I love the people. Several Griffins became very good friends. At some point I was just chatting with one of them and he told me that he had an opening on his team and asked if I was interested in joining. That’s someone who was in R&D at the time, which was the only team I hadn’t touched.”

“They didn’t have history with me, so I was like a brand-new employee again,” Brice continues. “The added value was that I knew the ecosystem and I knew the people, so I could apply what I already knew to a brand-new context. That was also the first time that I experienced our engineering process, which to me was foreign.

“When I was in Services, I saw what was coming out of engineering, and I didn’t know about the effort they were putting in to prepare that. In that regard, it’s been a great experience for me because I ended up learning more about our core business.”

For those looking to explore mobility on their own, whether between roles or between offices, Brice stresses the importance of open and honest communication with managers and peers. “I think it’s a good way, when you talk with people, to understand what they’re really doing and really see it from the inside,” Brice says.

“I think people can see a position from afar or an office that they visit once or twice and think it looks great. But when you have an insider perspective, that’s when you really get the most details. They may be even more straightforward and transparent about what the job or location is like.”

“Speaking with your manager is also going to be very helpful because they may reach out and interact with a lot more people, especially other managers,” he continues. “They may hear about opportunities that come up. Even if there are no opportunities, your manager may tell others about your interest in moving or taking a new role and share it with others.” 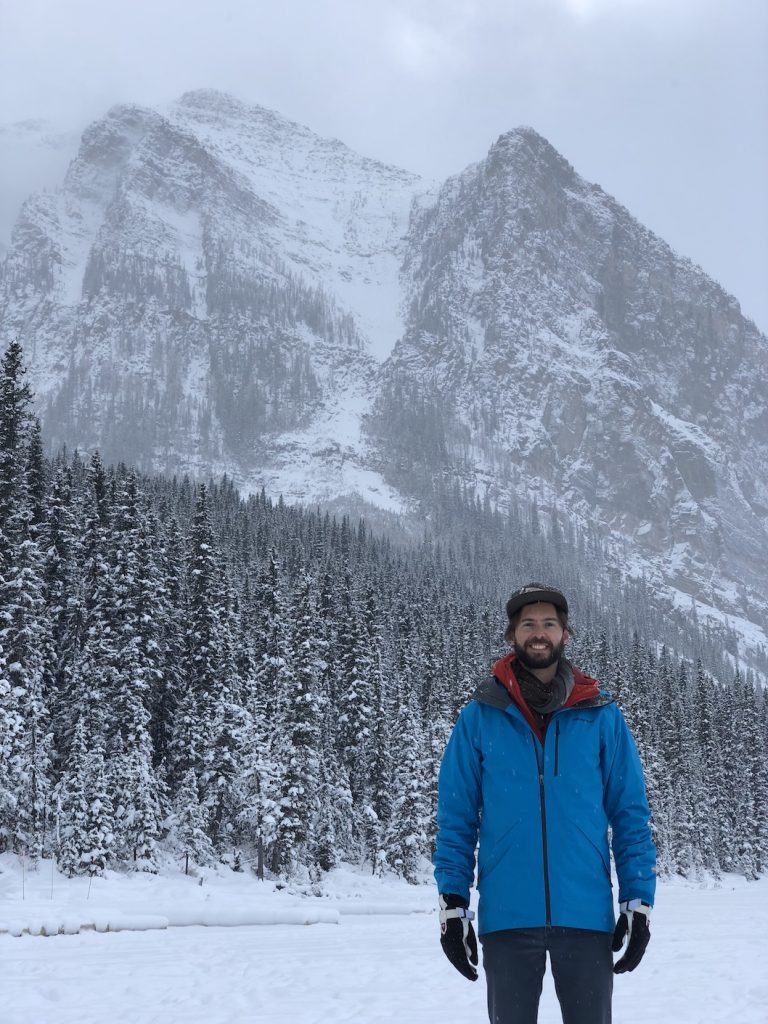 In his life outside of Axway, Brice remains active in his local community as a founding member of the Denver API Meetup, and champions Axway wherever he can.

“I have a chance to talk about Axway and our API Management platform. It’s always interesting to be able to put the name out in a place where we really don’t have an office, so it’s not like there’s a ton of us.”

Brice is also the founder of a local nonprofit dedicated to addressing food scarcity called Fork A Meal. He enjoys being outdoors, whether he’s skiing or snowboarding in the winter, or mountain biking and hiking in the summer.

We can’t wait to see what moves you make next, Brice!

Think you would be a good fit at Axway? Check out our latest job openings below.