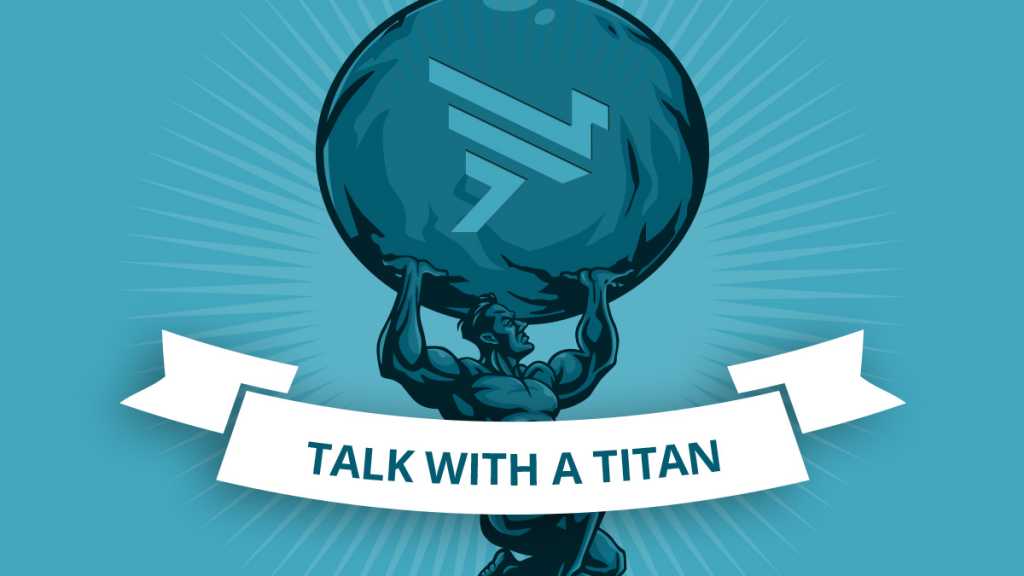 Welcome back to “Talk with a Titan” — our Q&A feature series devoted to highlighting the work and expertise of some of the most prolific members of our Axway developer community. For our second go at this endeavor, we spent some time with one of our longest-standing Titans, Adam Paxton. Since joining the Titans way back in 2011, Adam has launched his own mobile app business, lived in Mexico and even had three kids!

Talk with a Titan Adam Paxton

Adam sat down with us to explain how mobile development led him to become his own boss, share what he loves about TiConf conferences, as well as discuss his nearly decade of experience coding with Titanium. Here’s a transcript (lightly-edited) of our conversation:

We heard that you founded your own freelance development company. Can you tell us a bit about Polanco Media?

ADAM: That’s a great place to start. I founded Polanco Media in 2008 after leaving my job in corporate IT in order to travel with my wife. Pretty quickly, it went from a part-time job to a full-time development shop. Today, I’m based in Saint Louis and still work remote for companies using Titanium. Polanco takes on projects with customers around the country – and sometimes even international – developing mostly enterprise applications.

Where does the name Polanco come from?

ADAM: Great question! Polanco comes from our time in Mexico City and is the name of the neighborhood that we lived in a decade ago. When I chose the name, we were still living there, but even after that it just stuck.

You’re super involved in the Axway developer community. How have the connections you’ve made helped over the years?

Over the years, I got to know a lot of great folks through the Q&A forum and Twitter, and through Titan stuff and conferences. I work remotely, so getting to meet up and talk with other developers who enjoy Titanium has been a fun experience. Except for Stephen. You know what you did.

So, you’ve been a Titan for nearly a decade. What has been your involvement in the Titan community?

ADAM: Wow, it makes me feel old when you put it that way! Yes, I joined the Titans back in 2011 after going to a training in the old Sunnyvale, CA office where I got to meet other cool folks involved. Then, I started getting involved with setting up Titanium meetups. We were living in Mexico at the time, so I got to meet with fellow Titans and Titanium developers in Mexico City, Cancun and then in South Florida when we moved there years later.

Speaking at conferences has also been a fun way to get out and share some info about Titanium. I don’t get to do as much as I want to these days (kids, man!), but it’s still fun to share my experience using Titanium. I also try to do a blog post now and then, when you let me!

Nonsense, we always enjoy your writing! To switch gears now, do you have any tips for our audience who are just getting started developing cross-platform apps with Titanium?

ADAM: When I started doing Titanium development, I didn’t know much about JavaScript. One thing that helped me when I got stuck on something, was to separate out the JavaScript and then try to figure it out using an online or local editor that has a runtime. Testing this way goes a lot faster than trying to compile an entire application and run it on one of those old emulators or whatever. Yikes!

I still use a local code runner to work out JavaScript stuff like parsing data. I’m an iterative person, and this helps me test those changes quickly without having to build the app and trigger the data fetch.

On the Titanium side of things, I recommend hanging out on the forums when you have some free time to try and help figure out answers to questions that folks posted. This helped me learn Titanium quite a bit, as oftentimes, the questions were about parts of Titanium that I hadn’t used before. Plus, you could figure out someone’s problem and make their day!

That’s great! So then, what’s the best piece of advice you’ve ever heard and how does it apply to your work in mobile development?

ADAM: Much of the work I do through Polanco is on large Titanium codebases that were developed by others. Some agencies shy away from taking on this type of work, and understandably so, as it can be a challenge. One thing that’s helped me when working with a previous developer’s code is not to complain about the way something was set up. Code comes in all levels of quality, and you don’t know what that developer was going through – technical constraints, deadlines or other external factors – when they wrote it.

Complaining doesn’t help you or the customer, so spare yourself and don’t. Also, I most definitely have code out there that I’m not proud of, and I’m sure someone else is currently having to fix!

Anything else that you want to know about other Titans?

ADAM: Absolutely! I’d like to know why Patrick Seda is such a punk. Also, among the Axway folks, who do they think is the bigger nerd: Brenton House or Jason Kneen? Is it Jason? I’m going with Jason.

Oh wow, I guess we’ll have to ask them in later editions of this series to find out! Adam, thanks so much for taking the time to hang out with us and share some of your mobile development expertise. Congrats on being featured in the series!

ADAM: The pleasure has been all mine. Thanks so much for having me. I’m excited to find out what some of the other Titans will say!

What to learn more from Adam? Find him hanging out on the TiSlack or give him a follow on Twitter @adampax.