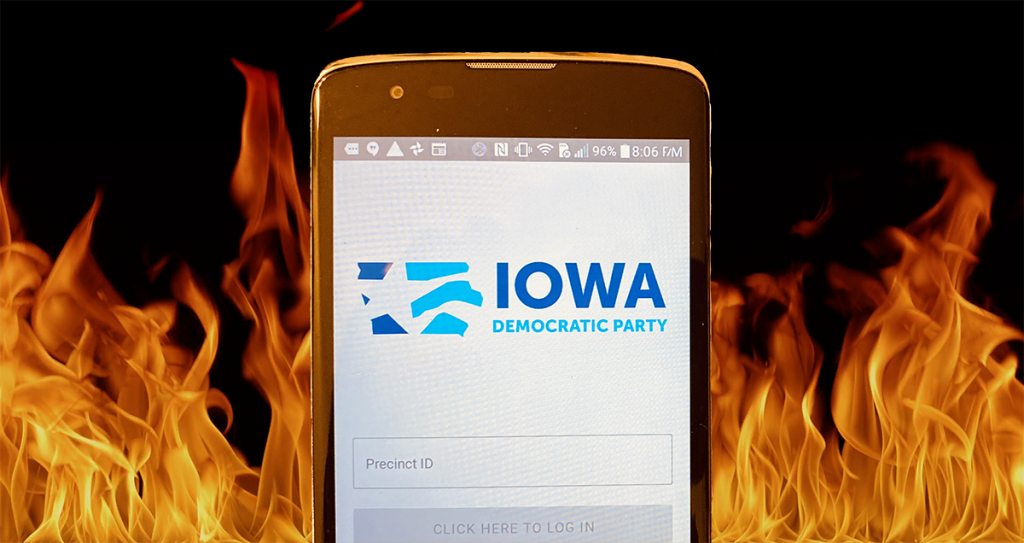 What can we all learn from the Iowa Caucus app failure to help us with our strategy for mobile apps and api management?

I have a confession to make.

In the 25 years I have spent in the development world, a few of my projects have failed.

But whether it was an API or Mobile App, what I gained out of those failures was the lessons learned.

Yes. Sometimes they were painful lessons. And no, I didn’t have to see my failures broadcast on national television. I guess I was lucky in that regard.

About 8pm EST on February 3, 2020, citizens in the United States started hearing stories about usability and other issues with the mobile app used in the Iowa Democratic Caucus. Within a couple of hours of that, all major news networks were reporting that results were delayed and that the mobile app used in caucus was the cause of the delay.

By the next morning, news agencies and websites around the world had reported what we now know:

If something goes wrong with a website or even an API, you can publish an updated version without the end user even being aware of it.

Not so with mobile. If you release a new version, Apple and Google could take hours or days to approve and publish it. Even if you get it fast-tracked, and it is in the App Store hours later, you have no guarantee that the end-user will install the updated version with the fix.

Which is why it is absolutely critical to have an API and Mobile Strategy and follow Best Practices when designing, developing, and publishing your mobile apps and APIs.

My dad always said he hoped I would be able to learn from his mistakes and not have to experience them for myself. This advice has served me well so let’s see what we can all learn from this so you and I are not the next making headlines (for all the wrong reasons)!

Here is some of what we know:

So what are the smart choices my enterprise can make to be safe and avoid this?

1. Know the maturity of your mobile framework

A very high percentage of iOS and Android mobile apps are written using cross-platform native mobile frameworks. The reasons for this are many but the short story is it saves companies resources (and money) while giving them the performance advantages of platform-native solutions. While this is smart and the right choice, not every cross-platform native mobile framework is at the same maturity level.

React Native (created by Facebook) has not yet reached the “1.0” milestone status and is currently at version 0.61 at the time of publication. What this can mean there are still things that make this not quite “ready for prime time”.  Still, a lot of enterprises will take that risk because it is Facebook or they want to use the latest hot thing. Compare that with Titanium Native mobile framework which is part of Axway’s AMPLIFY Platform. Titanium SDK is currently on version 8.3.1 and is coming up on 10 years as a solid choice for cross-platform native mobile development.

The point, however, is not that the app failed because it was written in React Native but that enterprises (knowingly and unknowingly) expose themselves to risks every day by using mobile frameworks that are not fully vetted and mature.

You have got to realize that you are just looking at the tip of the iceberg when you look at the mobile app. If you fail to understand that, you will be in for a surprise. A big surprise. APIs how non-humans (websites, mobile apps, and everything in “the cloud”) talks to each other. APIs run the world and they are used for authentication, messaging, financial data, video, content, commerce, B2B, B2C… this list goes on and on. There are a LOT of things you need to be aware of when publishing APIs but a few top concerns are:

But I am not sure I need API Management!

The Titanic didn’t think it needed lifeboats either. Seriously though, if you are a medium to large enterprise business and don’t have a plan for API management, get one.

Start small, if you need to, but the point is: START.

I have worked with a lot of enterprises over the years and you don’t want to be playing catch-up when demand for your product is high but the strength of your APIs is not. Trust me. Your competition is already thinking about this. This is probably one of the biggest reasons for the Iowa failure that drew so much attention.

Because APIs and integrations are a silent and invisible part of a mobile app or websites success (or failure), they are often not given enough ❤️ until it is too late.

I can’t emphasize this enough.

When projects start going over-budget or over-time, proper testing is often one of the first things that gets cut or reduced. Your APIs and Mobile Apps need

You need a plan for this as well because having a few people randomly using the app IS NOT TESTING!

As an enterprise business, you absolutely must have thorough test plans. This needs to be created by an experienced, senior QA Architect. If you are outsourcing your testing, get involved to see who is creating the plan and have a 2nd (or 3rd) set of eyes on the draft and final plans to be sure it is a solid and thorough plan.

Here a few clues that your API and Mobile App Test plans might be missing something:

Conclusion — Have a solid strategy and don’t take anything for granted!

Did you know we had a Developer Blog? Read more developer insights on the Axway Devblog.