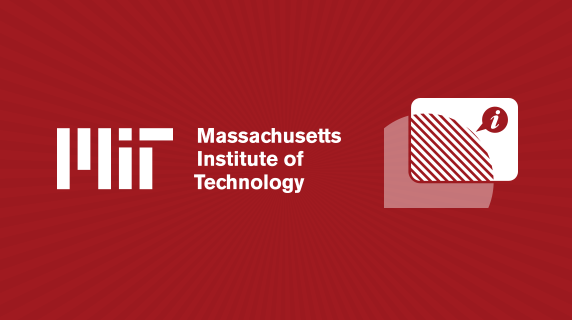 Last summer, location-based augmented reality took center stage with the launch of Pokemon Go. The game quickly became a global phenomenon, with users around the world eagerly hunting for the animated characters in their own backyard.

This “pocket monster” craze brought an understanding of augmented reality to the masses. But for the AR pioneers that created TaleBlazer, there’s a great deal more potential than the ability to “catch em’ all.” Their initiative brings classroom subjects like history and science to life for students of all ages. It’s the same technology that puts Pikachu on your doorstep, but with aspirations that are much, much bigger.

The MIT STEP lab specializes in research on simulations and games, and how they can improve the education process for both teachers and children. MIT students work alongside professors in the lab, leveraging mobile and AR to bring learning experiences to life.

The result of that research is TaleBlazer, which exists at the intersection of educational experiences and augmented reality. With the help of Axway Appcelerator, TaleBlazer provides students with a new way to learn via mobile. The educational benefits are twofold: a library of professionally-created experiences serve as educational tools for students during outings like a trip to the local zoo or aquarium, while the platform also gives kids the opportunity to develop their own augmented reality games. Here’s how the MIT STEP Lab is using TaleBlazer to change the education game.

Imagine a field trip or family outing where smartphone use is encouraged. Over the years, TaleBlazer has collaborated with zoos, aquariums and botanical gardens to enhance the learning experience via mobile devices. As “players” walk through their surroundings, they’re greeted by virtual characters, objects to interact with and supplemental content that they wouldn’t get from a traditional visit. Additionally, each GPS-enabled game operates without an internet connection, so parents don’t need to worry about burning through their data plan in the name of education.

A great example is the Columbus Zoo & Aquarium – they partnered with TaleBlazer to create a series of AR games for field trip groups. These games allow students to experience exhibits in a fun and interactive way, while also gaining access to additional information on wildlife and the environment. The Zoo Scene Investigators game transforms students into detectives that must investigate a crime as they learn about illegal wildlife trade, while the Race Against Time game puts students into shoes of a journalist as they learn about global climate change.

A Game Fit for the First Lady

The TaleBlazer platform also has a second, equally impressive dimension that empowers kids to create their own games and think more deeply about the world around them. Aspiring young developers get an intuitive interface to experiment with AR as they learn to code:

Recently, in partnership with Global Kids, a group of students in the Bronx used TaleBlazer to tap into an often untold part of history. The students discovered that wealthy individuals buried at a nearby cemetery had clear markings at their gravesites, while African Americans were buried in unmarked graves. Intrigued by this, they built a game called “Haunts,” which allows players to walk around the cemetery and use AR to reveal the history of those without gravestones whose stories might otherwise be forgotten.

The students worked together to make “Haunts” a reality, each focusing on their specific strengths, from creating the game’s narrative to choosing images. Their work on the game ultimately lead to an invitation to the White House, where Michelle Obama took notice of the game’s approach to learning while also staying active.

Since its launch, TaleBlazer has given students opportunities to shine that a traditional classroom experience cannot achieve. And using Titanium, TaleBlazer regularly experiments with new ways to engage both players and game creators. Today, there are over 20 thousand live and in-progress games on the TaleBlazer platform and close to 10 thousand user accounts.

Graduating to the Next Level

Creating an augmented reality education platform comes with a unique set of challenges. For example, it isn’t easy to determine when a player is reading something on his or her screen and when they are interacting with their surroundings. To overcome these challenges, the team has focused on extensive pilot testing for each professionally-created game, and places an emphasis on gathering user feedback.

What’s next for the MIT-based mobile platform? TaleBlazer is already experimenting with beacon technology and plans to explore image recognition soon. Plans are also in the works to experiment with bluetooth, QR codes and NFC so devices can communicate directly with each other, instead of just with a player’s surroundings, creating a more collaborative AR experience.

When it comes to a fresh, interactive take on education and game development, it’s clear that TaleBlazer is just getting started.