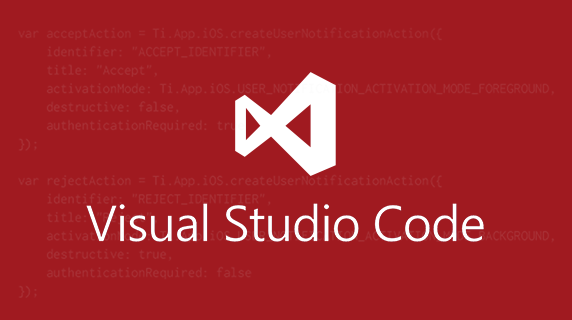 It’s been a little over a year since we released the Titanium Package for Atom, and we are delighted by such great response shown by both the usage stats and external contributions we’ve received.

However, Atom isn’t the only editor around today. Visual Studio Code has grown tremendously in usage over the last year, nearly doubling in usage in the State of JS survey.

Continuing on from the Atom package, we’re excited to announce an initial preview for Titanium support in Visual Studio Code via the vscode-titanium extension.

You can download the extension from the Visual Studio Marketplace here.

We’ll be releasing a 1.0.0 of the extension as soon as we feel that it’s ready and are aiming to share as much functionality between both the Atom package and VS Code extension to have both projects progress at the same rate.

Once released, we have a loose roadmap of features we’d like to build into the two, including:

We hope that you enjoy the extension! If you have any questions, please join us over in #titanium_editors in TiSlack.

For any bugs or feature requests, please file an issue in the GitHub repository.