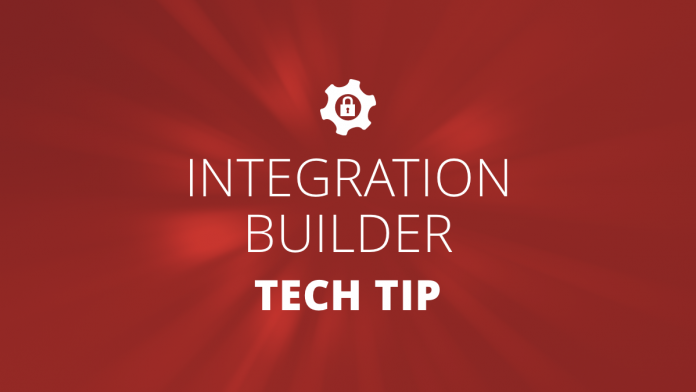 One reason you may want to have a variable persist between flows is if the flow needs to query a data source to see what changed since the last execution. In this case you will need to store the time stamp of the last execution. While you could store the variable in an external database, with Axway’s Integration Builder there is no need to do this. This blog post will describe how to use Platform API requests to store a value variable between flow executions. 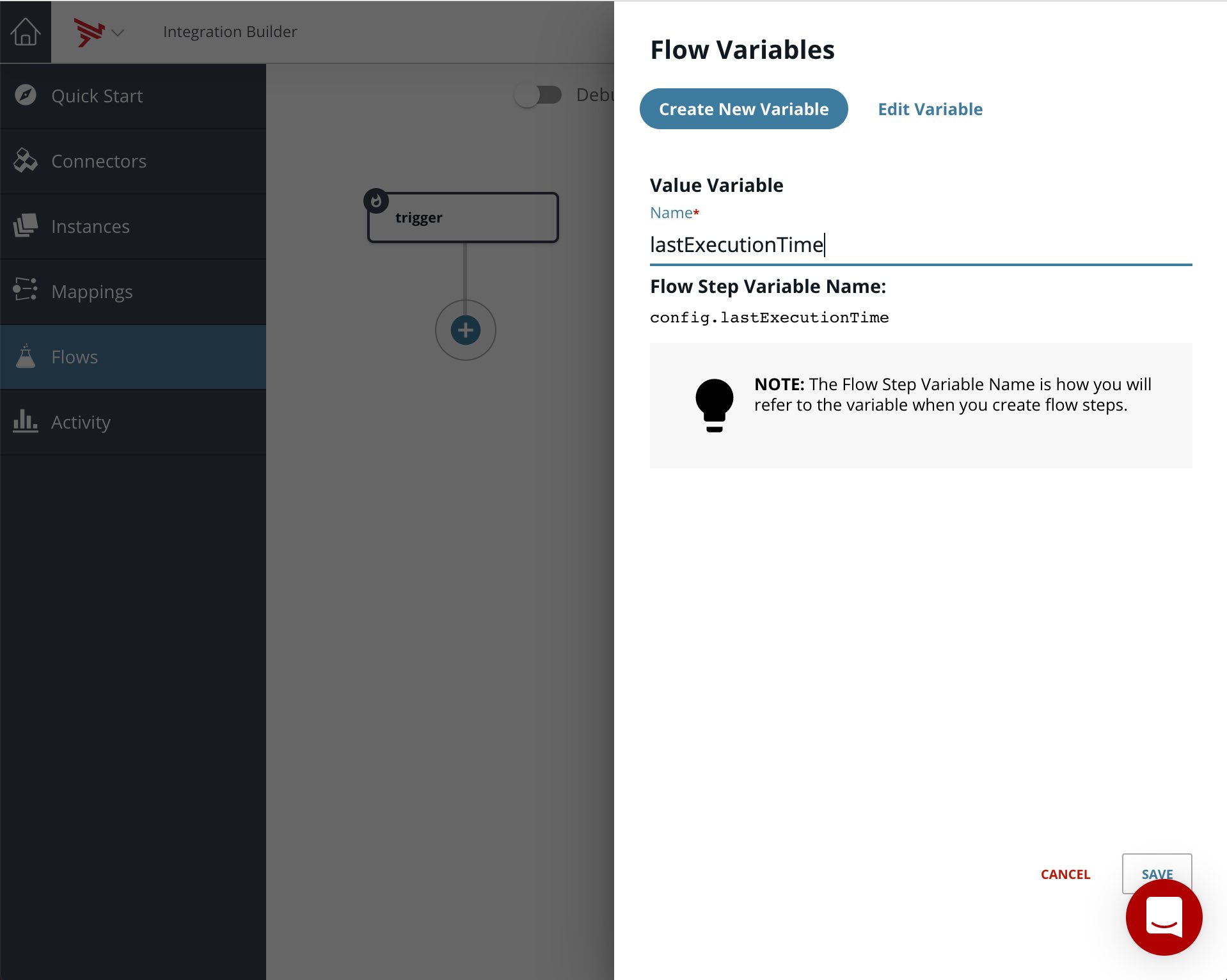 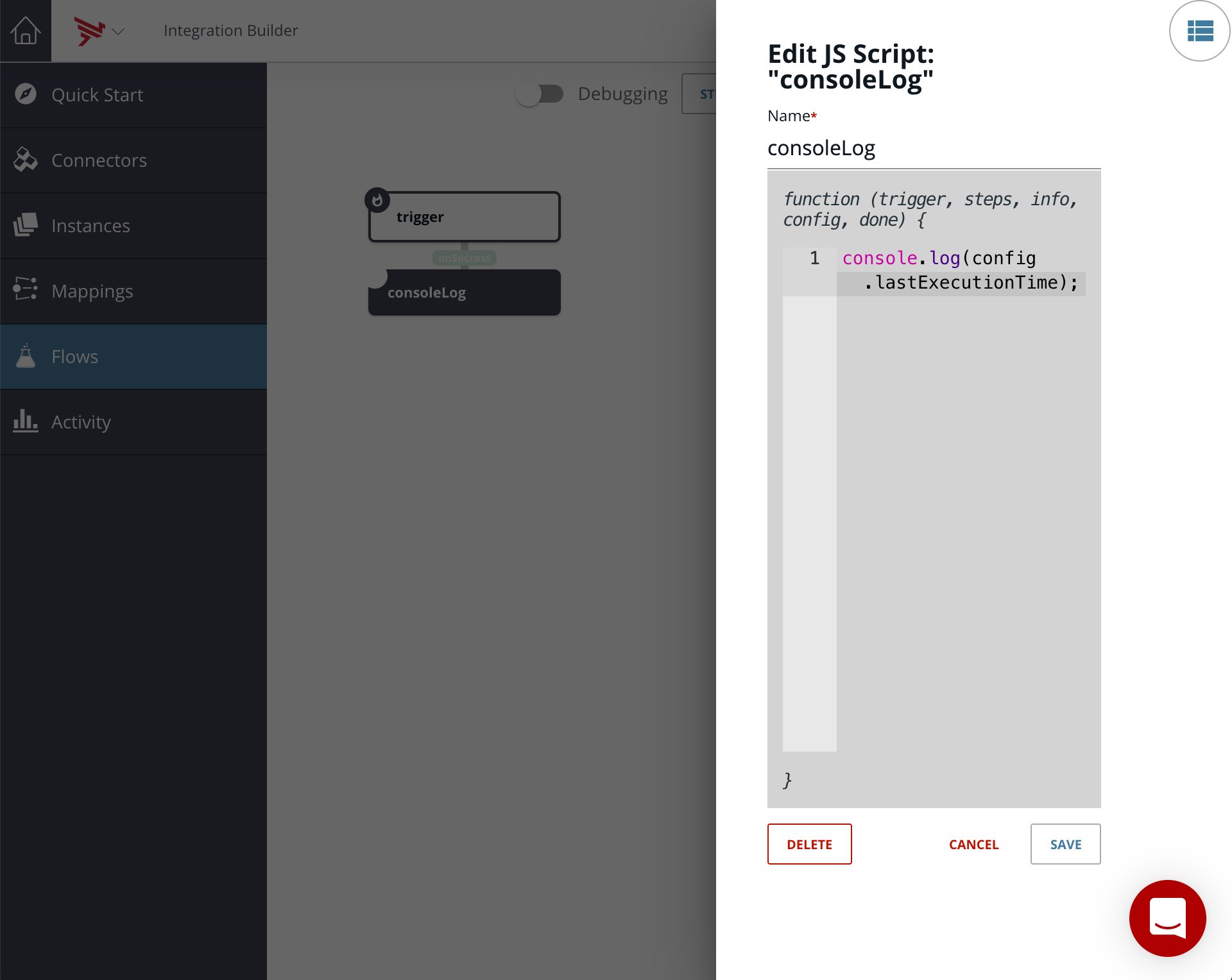 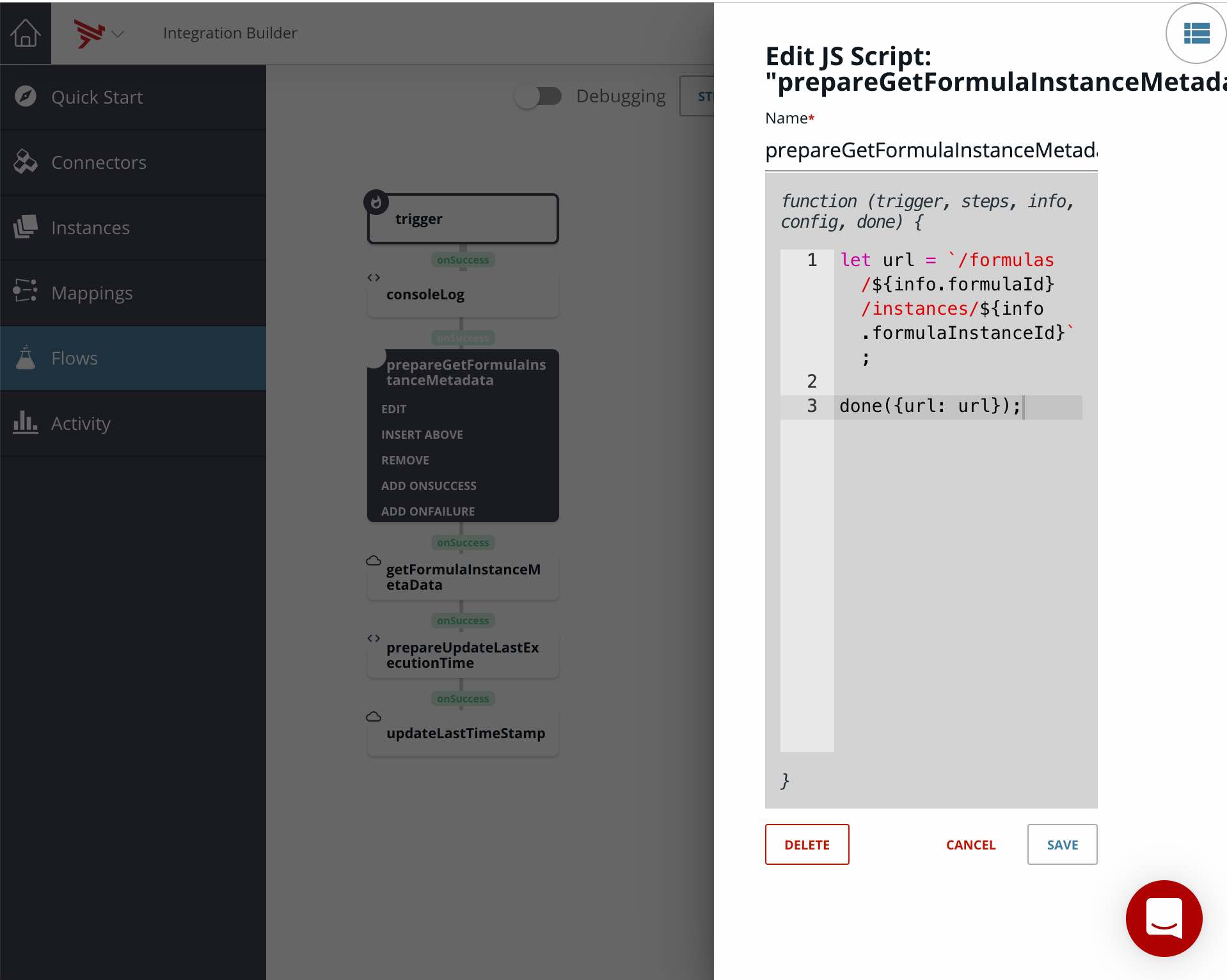 Note that my step is called prepareGetFormulaInstanceMetadata. 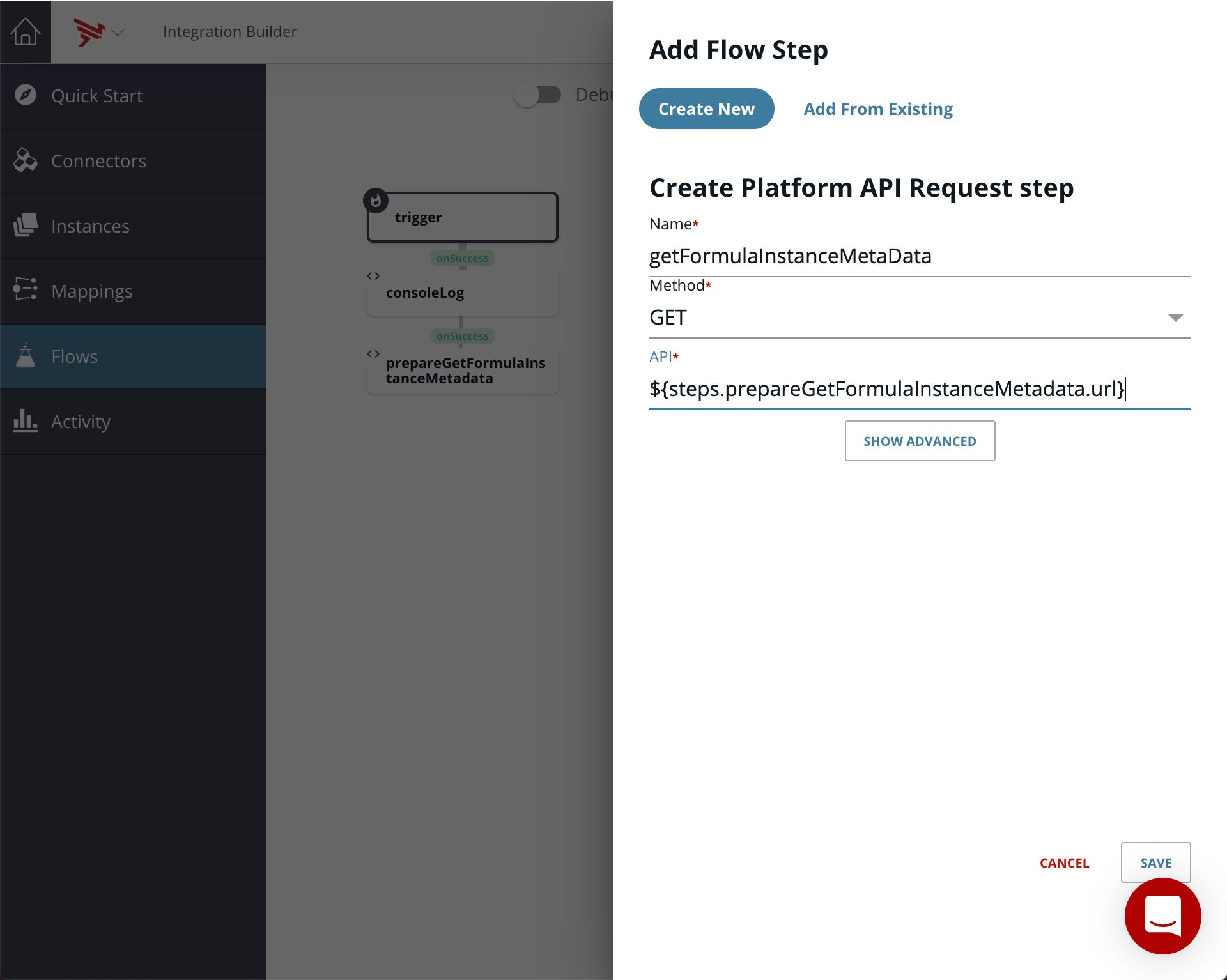 Note that my step is called getFormulaInstanceMetaData.

We will do this in the same step as updating the formula instance below.

Now we can update the formula instance with our revised variable value so that it can be accessed during the next execution of the flow. 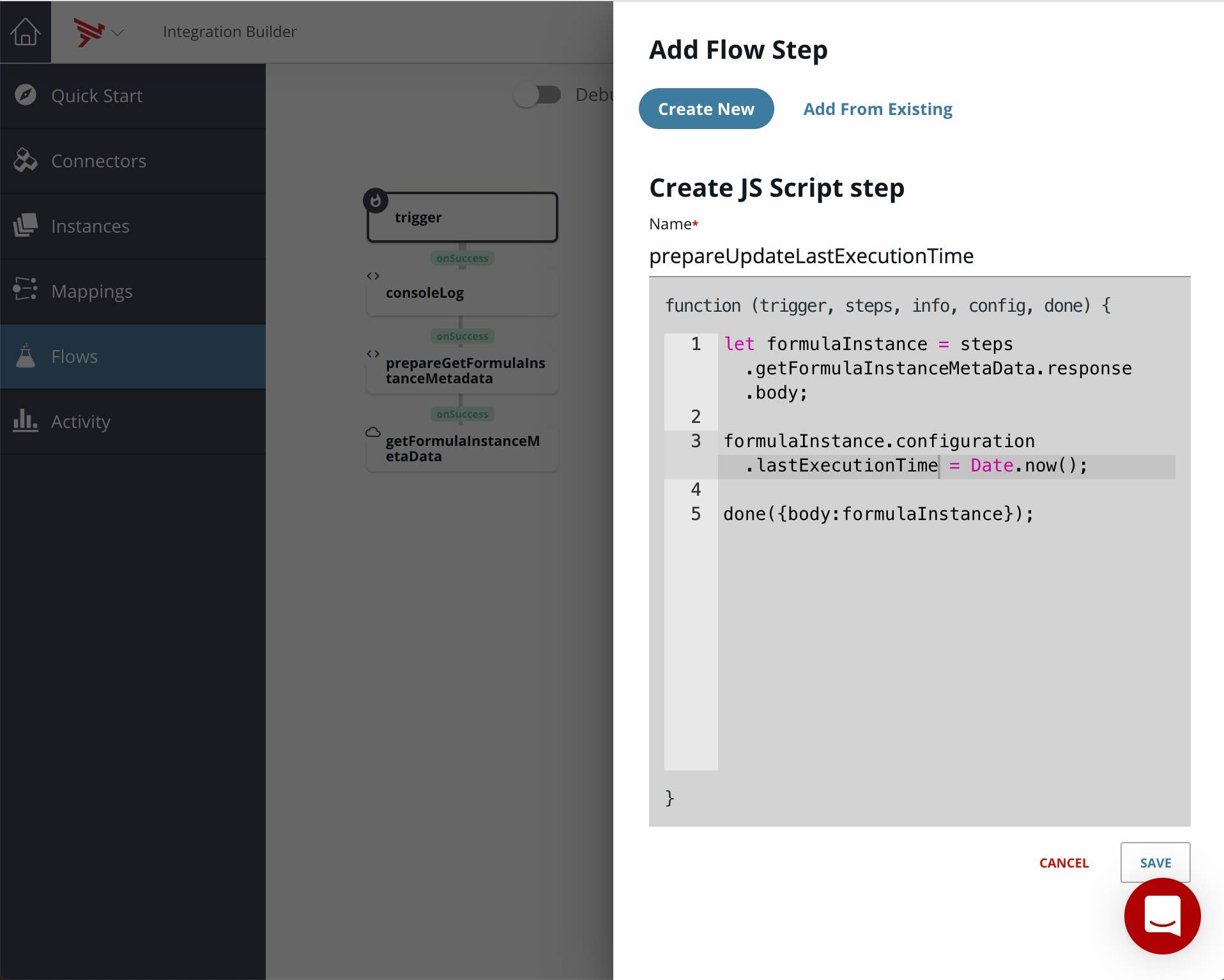 Note that we are setting the value variable lastExecutionTime to the current time.

Note that my step is called prepareUpdateLastExecutionTime. 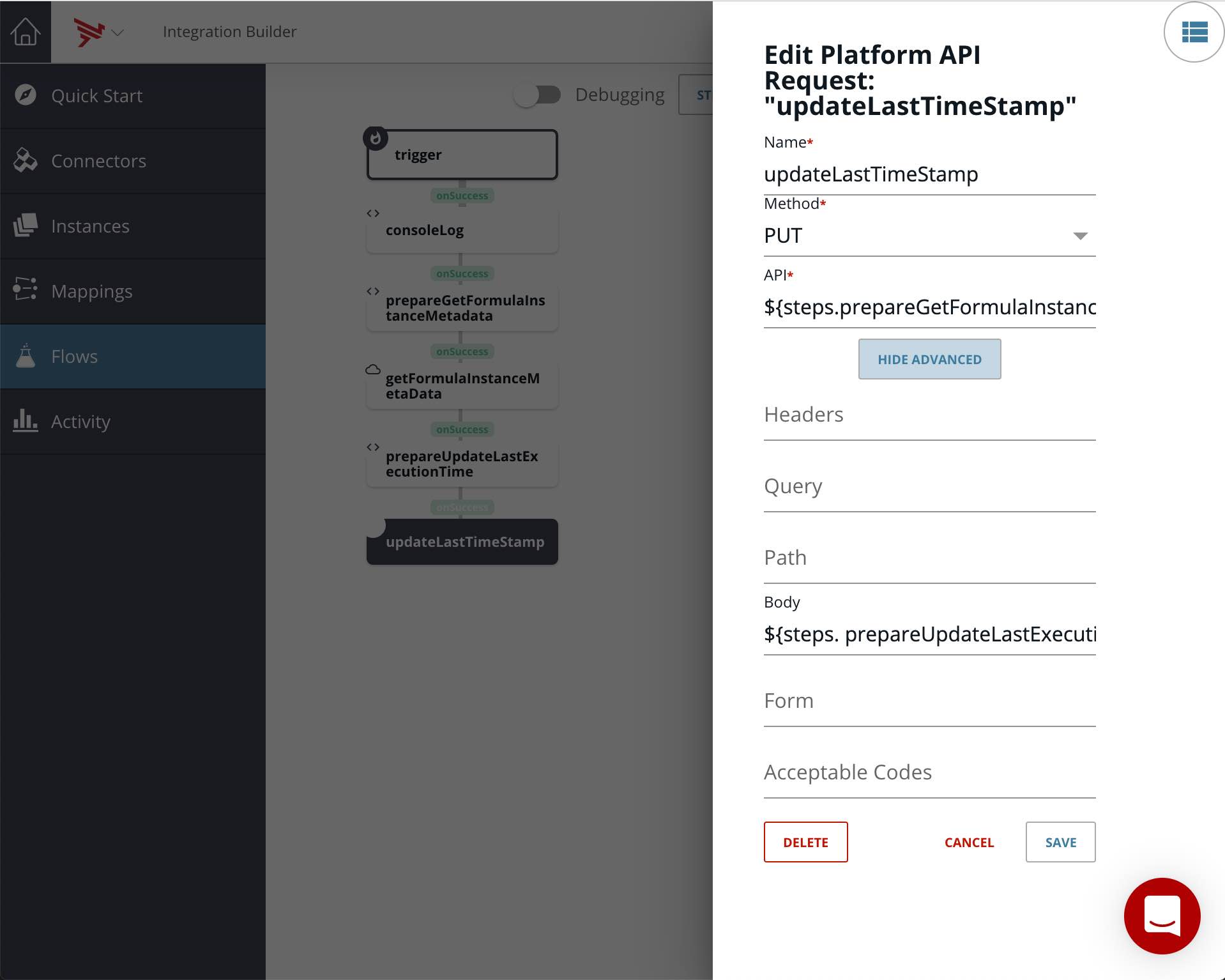 Note that my step is called updateLastTimeStamp.

The entire flow should look as follows: 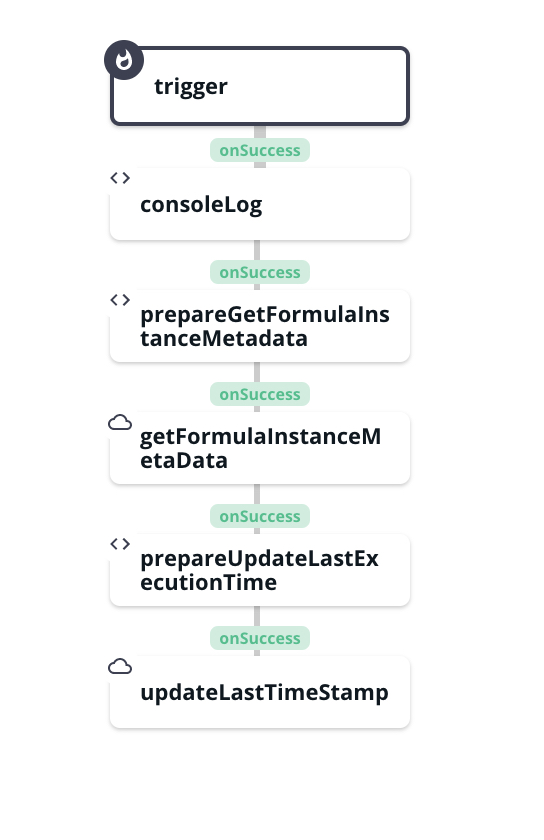 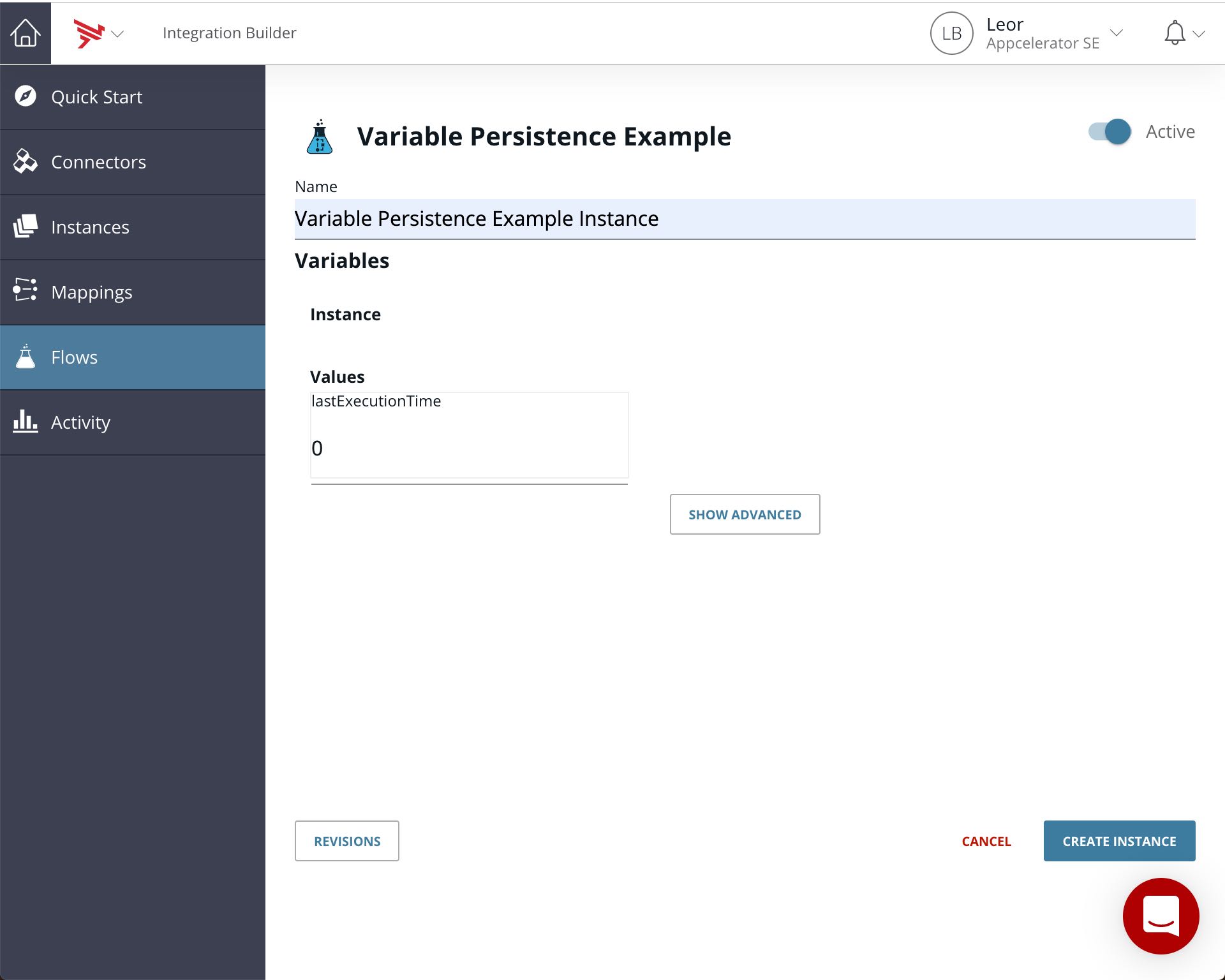 After a few minutes you should see the flow has executed a few times as follows: 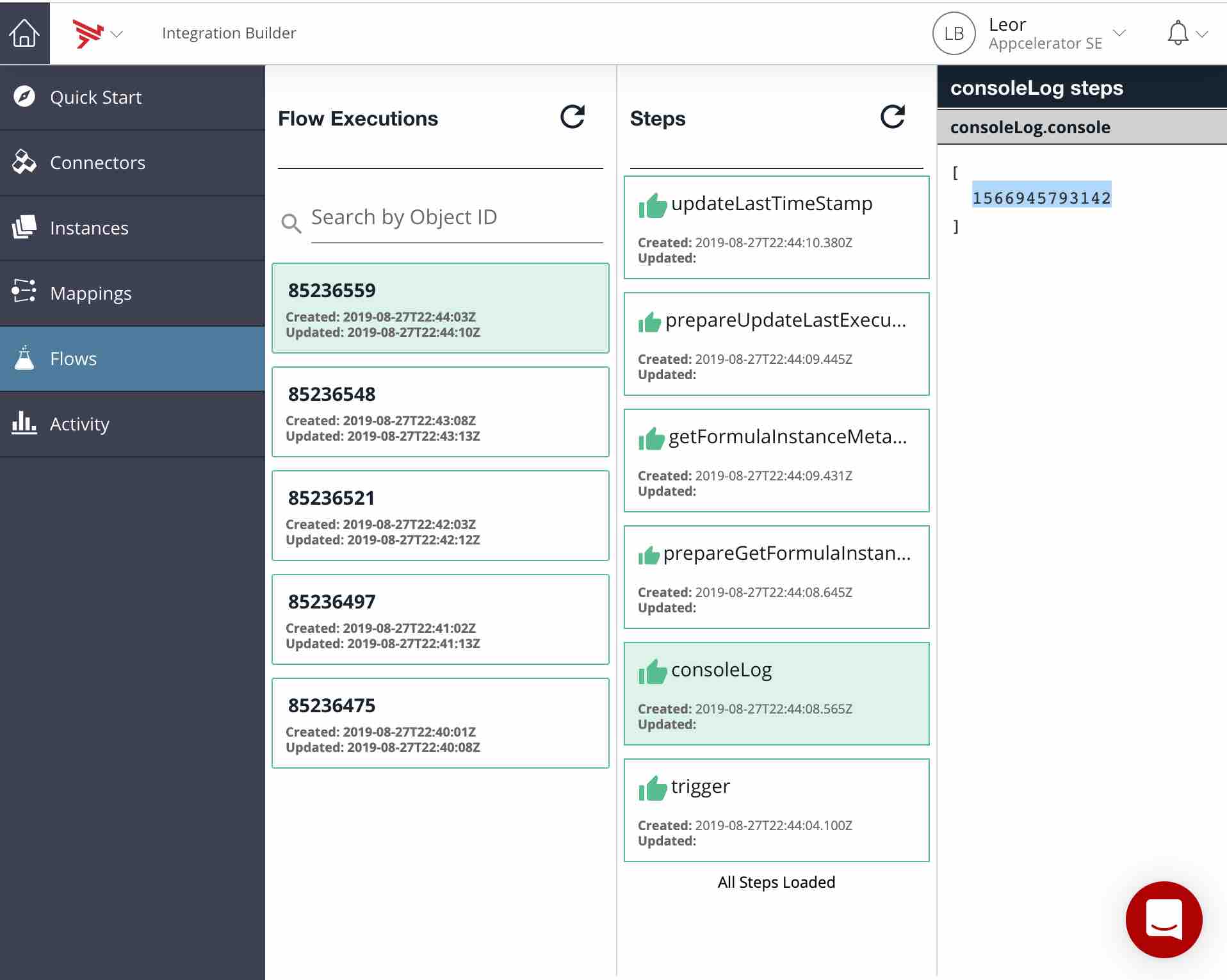 If you look at the consoleLog step you will see time stamps similar to below:

The first 0 is the variable value that was set in the instance. The remaining are time stamps for each flow execution.

You can check this web site to convert the timestamps to a human readable time and you will see that there is roughly 1 minute between each timestamp. This is the cron interval we set when creating the flow.

In this blog post we saw how it is possible to persist data between flow executions, which would be useful for applications that need to query data that has changed since last check as well as other use cases.

You can find my test flow here.