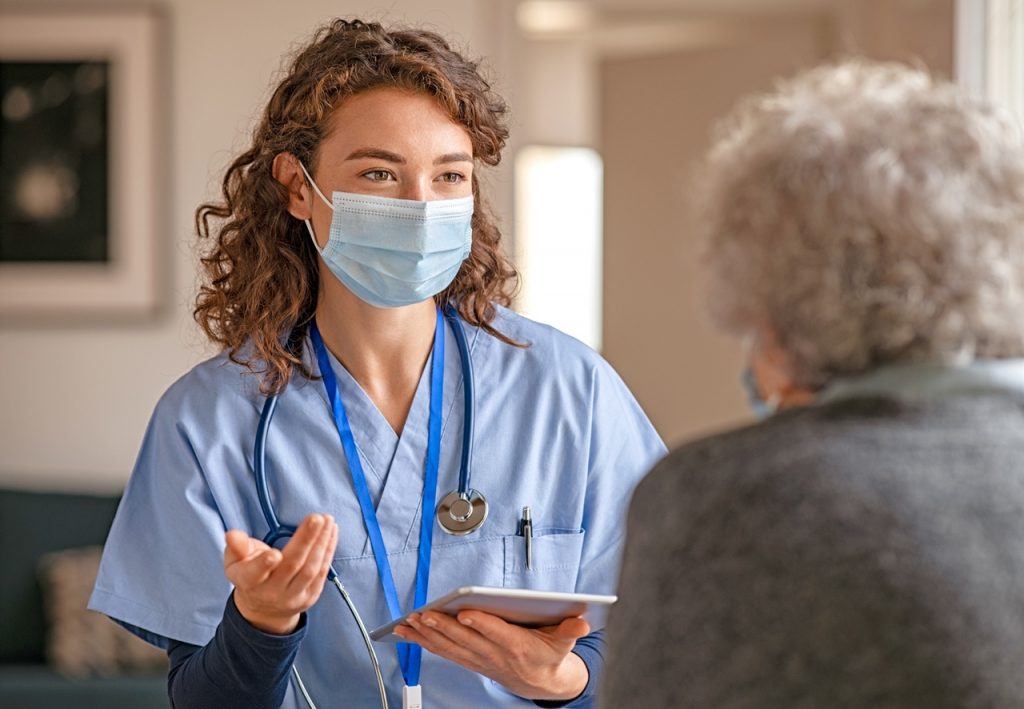 The FHIR API standard, along with the ongoing rollout of the U.S. interoperability rule, has the potential to change the patient experience for the better. It could also reduce IT and administrative burdens for health providers and payers, but barriers to adoption remain.

In part 1 of this blog, panelists in a recent webinar by Washington D.C. non-profit EHI, sponsored by Axway, discussed how FHIR is changing the game and why privacy and security concerns continue to hamper true healthcare interoperability. Now, they discuss what it will take in terms of patient buy-in, culture shifts, and customer experience to allow interoperability to change healthcare for the better.

Keeping up with shifting standards

Fundamental changes don’t happen overnight, and another barrier for many healthcare partners is a sense of constantly trying to keep up with the latest standard. From C-CDA to HL7 v2 to FHIR, some are slow to adapt because the terrain is shifting so quickly and they still have to maintain existing infrastructures.

“I think this is a challenge for all standards: chasing the next version, doing it in a way that doesn’t require a heavy lift to go to the next version, and so on,” says Marc Overhage, MD, PhD, Chief Medical Informatics Officer at Anthem, Inc.

And then, add in regulatory requirements to adopt these standards, such as the U.S. Interoperability Rule, which many have seen as a compliance burden instead of an opportunity.

Overhage points out that if every provider and every payer had a FHIR endpoint available today, the possibilities would be endless. But if only a certain percentage of providers have a FHIR endpoint exposed today, and of those, only certain things are accessible for payers, then the incentive and immediate use cases are low.

At Anthem, he feels they’ve been moving along well on exposing data as FHIR APIs, but it is still a journey; they needed to expose data for subpopulations in different waves: Medicaid members, Medicare members, commercial members, large payers – all of which have separate issues related to permissions and processes.

“The network externalities are always the tricky part to drive adoption, whether that’s through regulation or through the value proposition,” says Overhage. “Each organization must find the value in that connection.”

Viet Nguyen, MD, Chief Standards Implementation Officer at HL7 International, believes it will be a rapid advancement, pointing to an ONC report that shows already 84% of hospitals and 61% of clinicians have adopted FHIR-enabled electronic health records.

He anticipates that as FHIR adoption grows, and the industry sees the value of it both to patients, but also to clinicians and payers, the number of EHR vendors and payers using FHIR will increase – and he anticipates it will start to truly coalesce by the end of the year.

Ruby Raley, Axway’s VP of Healthcare, points out that now that they’re using FHIR records, many providers are trying to work toward the next step: liberating that data for their own purposes, such as building a price estimator. Many are still dependent on their vendors and the ways in which they deliver data but are beginning to explore how to use FHIR independently.

Meanwhile, plans still face the challenge of mapping their claims, databases, and data lakes into FHIR. The initial work with integration tools to map from a non HL7 source into FHIR is daunting, but she points out that once groundwork has been laid – for example, the patient access APIs which are already mandated – plans have building blocks at their disposal for the next steps, such as the payer-to-payer data they’ll soon be required to expose.

The final step in all of this, Raley adds, is making sure the exposed data is legible to patients – people who aren’t in the healthcare system and don’t process clinical data or administrative data on a day-to-day basis. It will take some design thought to make sure all this data is accessible to the people who need it.

“It’s a little bit of new thinking for those in healthcare: how we’re going to expose that endpoint. I like to say we’re moving from a project-based world, where every connection is a project, into our world where you can explore a set of endpoints, choose them, test them, and go to production without a project manager,” she says.

That modularity, she stresses, will be crucial in solving many of the pain points previously described. It also will be the foundation to creating better customer experiences – in this case, improving the patient experience.

Patient buy-in on interoperability is inextricably linked with the customer experience: Nguyen believes patient adoption will likely be the catalyst for FHIR to truly take off, and it will require awareness, opportunity, and value.

One use case that’s gotten significant traction during the global pandemic is being able to verify vaccination status: many apps exist that allow a patient to access their medical records via a FHIR API and download them to their phone. These records can then be easily converted into a vaccination record QR, for example, to quickly show proof of immunization.

Awareness that these solutions exist is an important factor. But even then, there needs to be a reason to buy into the technology, which can be a strong motivator for demand. Everyone says they value data privacy, but Raley points out studies have shown people will sacrifice some degree of security and privacy if it leads to an experience they want.

When people began traveling for business again and needed to confirm proof of vaccination, a simple app on the phone simplified and highlighted the value of interoperable records. John Halamka, M.D., M.S., President of Mayo Clinic Platform, describes the vaccine credentialing initiative, which he co-led with colleagues at HL7, to create a FHIR called the Smart Health Card. About 200 million people now have access to the digital pass which allows them to display vaccine credentials on their phones.

Halamka cautions the value proposition must be clear: a healthy 28-year-old has no particular need to access their medical records quickly. But when a night club requires proof of vaccination, suddenly a FHIR-enabled QR code becomes extremely useful.

This all taps into the age-old challenge of getting patients more engaged in their health, period. Overhage believes it’s unlikely that adoption of FHIR-powered solutions will outpace the general public’s engagement in monitoring and understanding their health on a regular basis.

He points to a reluctance from major cell phone manufacturers or app developers to enable connections to Anthem’s FHIR data, even though the insurer has made it readily available. “There just must not be a demand from their users for it, otherwise they would do it,” Overhage wonders.

On the other hand, it’s also an opportunity for regulators, health departments, and health systems to educate consumers, Raley points out.

“I think the vast majority of working parents in the United States would love to be able to get their physical for their kids’ athletics uploaded to an app and sent straight to the school. They just don’t know that it’s even possible yet.”

Interoperability benefits everyone in the healthcare equation

The value of access to individual data for patients and consumers is clear. But Nguyen adds that providers and payers are also recognizing the value of interoperability.

“There are a lot of efficiencies to be gained by sharing consistent, standardized data between payers and providers for things like member attribution, performance metrics, risk adjustment, quality measures, and so forth,” Nguyen says.

He adds that being able to leverage this standardization of formats, rather than dealing with multiple proprietary data formats, will significantly reduce staff burden for providers and payers.

Then, they can leverage the data and thanks to streamlined operations to build an ecosystem of new products and services enabled by FHIR endpoints.

“My vision is Open Healthcare,” concludes Raley. “To get to that, it’s going to take a composable ecosystem, where these FHIR endpoints are securely made available, and people of all sorts – whether they’re clinicians, health plans, or third-party developers – can choose these endpoints and create new and innovative solutions to solve the problems that we’ve been discussing.

It is possible, it can be very secure, and it could happen sooner than we think if we can overcome our old way of thinking.”

For more on the future of interoperability and the barriers that remain, including a discussion on how to preserve data quality, watch the full webinar here.

Download our eBook, Open for Innovation, to learn how to turn healthcare interoperability into business opportunity.