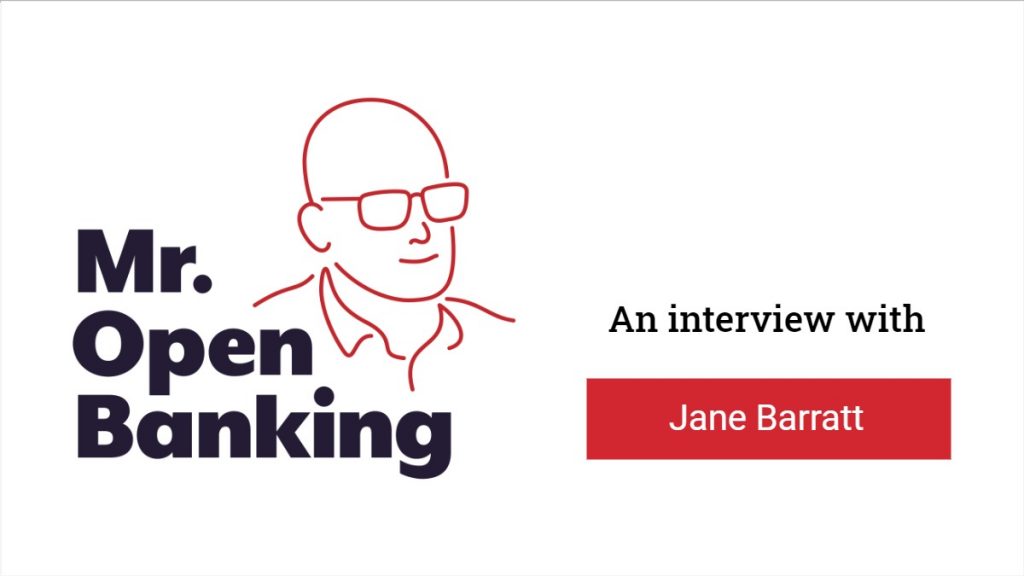 The following article is an adapted transcript based on the audio recording of Season 3, Episode 5 of the Mr. Open Banking podcast. The audio version is available here.

The United States of America is without doubt the largest economy in the world. They have held the top spot in terms of global GDP for over a century, and a big part of that astounding wealth creation has been led by their banks.

However, some say that when it comes to open banking, the U.S. is a laggard. They point to established standards and regulatory regimes in other regions, but the thing about America is that they like to do things their own way—the strict regulatory approach is a much tougher sell when you have thousands of banks spread across 50 states.

As they often have done in the past, the U.S. is carving their own trail to open banking, one that is decidedly market-driven, participant-led, and laser focused on true innovation.

Made in America: an interview with Jane Barratt

In the latest episode of the Mr. Open Banking podcast, host and the Head of Open Banking at Axway, Eyal Sivan, sat down with someone who subscribes to these beliefs wholeheartedly. Jane Barratt is the Chief Advocacy Officer at MX, one of the American leaders in account aggregation.

With over two decades of experience in the world of financial services, Jane has seen the open banking movement evolve from multiple perspectives: first as a marketer driving growth at Fortune 500 companies, then as a founder of education-first financial advisory firm GoldBean and, since 2018, as the Chief Advocacy Officer at MX, one of the U.S. leaders in account aggregation and broadly considered one of FinTech’s brightest stars. In addition, through her financial education courses on LinkedIn Learning she helps hundreds of thousands of people all over the world improve their financial skills.

Today, in her role at MX, Jane works with fintechs, financial institutions, policymakers and regulators to drive open banking initiatives that aim to fundamentally transform the world of finance. During the episode, Eyal and Jane discussed definitions of open banking from the perspective of a leading U.S. fintech, the evolution of data sharing, and the future of innovation in the country.

Open banking definitions often differ from region to region. From the perspective of a leading U.S. fintech, Eyal asked Jane how she would define open banking. Rather than jumping into a technical definition, she instead began with the problem that open banking solves.

“What open banking does is allow you to connect through technology and through secure technology, your banking data, to enable you to do what you need to do with your money, but do it in a much more secure way. So if you think about the scope of open banking, what it covers is the access and the availability of your financial data.”

From Jane’s perspective, she equates open banking with consumer consent or permissioned data sharing as opposed to standardization. Another key point Jane made when it comes to open banking definitions is that many people have taken a falsely mono-directional view of open banking, when in fact there are so many other uses for banking data that fly under the radar.

In Jane’s view, one of the biggest challenges when it comes to open banking is the fact that bankers are busy and very often, they have roadmaps that have been planned out years in advance. With the disruption that’s come along with the open banking movement, they’re coming face-to-face with the need to redirect their resources and change their focus, and ultimately solve a new problem they hadn’t anticipated.

In the U.S. and around the world, banks will need to adopt a new perspective on data sharing in order to keep up with the market to minimize their risk of losing out on business.

Open banking in the U.S.

In terms of open banking, the U.S. is sometimes characterized as falling behind other countries that have regulatory frameworks in place, like PSD2 in Europe. However, Jane explains that from a business perspective, more progress has been made in the U.S. because it was a market-driven versus a regulatory driven approach.

“That really is the fundamental difference between the U.S. and other places, is that we have a very, very broad base of open banking datasets that are available. So you can be a lot more creative and innovative in terms of how to put that data to use in the marketplace. So being less prescriptive has definitely led to more innovation within the U.S.”

Another issue in the U.S. that has made it harder to have a regulatory framework for open banking is the complexity of the marketplace. With thousands of financial institutions and fintechs, the country’s ecosystem is highly robust and complex. Jane used the term “regulatory constraints” to describe the landscape, and in many ways, she believes that this lack of regulation has actually provided its own set of unique advantages for the country.

“The lack of regulations has meant that there’s just more innovation and a broader application of financial data than perhaps there would have been if we had been very prescriptive in the U.S.”

The caveat of all this unrestrained innovation is that it’s been messy. Proprietary standards led to a world of closed networks and monopolistic tendencies. Not just from banks or fintechs, but from the tech giants as well. Suddenly, faced with intense competition and spiraling complexity, the need for a U.S. standard, and the guardrails that come with it, became more urgent.

Despite so much innovation and value creation in the U.S., regulations are coming imminently. Jane explains what this could look like, and when we can expect to see them implemented.

“We do expect to see regulations and in the short term, like within 12 months, we believe they will be presented through the promulgation of a rule under Dodd-Frank 1033, which is the now, I think, 11 or 12 year old piece of legislation after the last financial crisis that had this one clause inserted about people should be able to access their financial data.”

Jane believes that for the intermediaries like MX who are enabling secure data sharing, there should be regulatory oversight, and clarity around who pays if a customer is harmed. Right now, under regulation, no matter where a breach happens and who’s at fault, the bank has to pay, which is a big disincentive for institutions to be actively sharing data if they’re the ones who are held accountable every time there’s a breach.

As we look towards the future, will the U.S. pull ahead of other regions? Jane believes the country is already well ahead thanks to their market-driven innovation.

Even in the absence of any regulation, the U.S. has developed one of the most widely-adopted open banking standards in the world. The FDX API, now in its fifth version, is used to share over 32 million customer records between banks and fintechs. The Financial Data Exchange, the non-profit who stewards the standard, includes in its membership the banks, both large and small, fintechs of all stripes and everyone in between.

Jane, for one, welcomes these changes with open arms. She believes that for open banking to thrive in the U.S., some guardrails are necessary to create the best possible outcomes for all. To her, raising all boats, creating a better world, is what open banking success looks like.

“This idea of data availability is not just about extracting more dollars out of people’s pockets, but helping them keep more money in their pocket and grow it. That’s when the world changes.”

You would be mistaken to believe there is no open banking in the U.S. Strong signals from the White House seem to indicate that some regulation is likely on the way.

But, according to Jane, banks should not be doing it just because they have to. To her, open banking is an opportunity for banks to shift their mindset, from value extraction to value add.

The country is creating its own special brand of open banking. One that is fiercely competitive, uniquely innovative and unmistakably made in America.

Learn more about Jane and her work at: https://www.linkedin.com/in/janebarratt/.