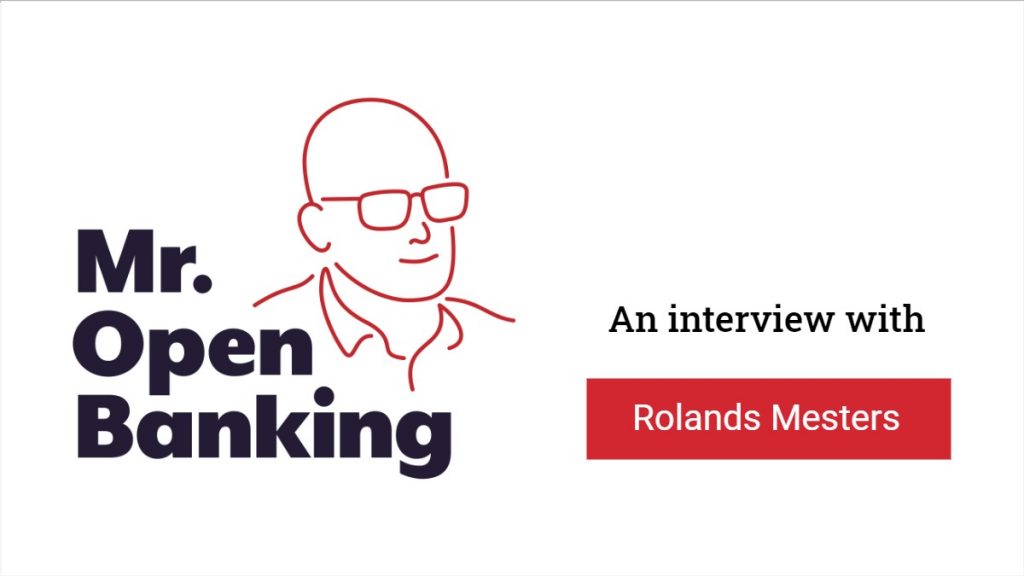 The following article is an adapted transcript based on the audio recording of Season 3, Episode 4 of the Mr. Open Banking podcast. The audio version is available here.

Open banking aims to introduce common, open, shared standards for the secure exchange of financial data. As a result, this means that whether you bank with one bank or five, fintech or credit union, JPMC or PayPal, you can finally see all your accounts together, in one place — a concept known as account aggregation.

Open Banking for All: an interview with Rolands Mesters

In the most recent episode of the Mr. Open Banking podcast, I discuss this concept with Rolands Mesters, the CEO and co-founder of Nordigen, an open banking solution provider helping companies around the world adopt and integrate open banking APIs, which was recently acquired by UK fintech company, GoCardless. A regular guest at fintech events, Rolands has been featured by the industry’s leading media outlets, including TechCrunch, Sifted, and Medium, was included in Forbes 30 under 30, and is considered one of the foremost experts on open banking worldwide.

To kick things off, I asked Rolands to provide us with a definition of account aggregation, and a brief overview of how it initially came to be.

Having been around for 20 years, account aggregation isn’t a new concept. However, the difference between older account aggregators and the new ones we’re seeing now like Tink and TrueLayer is that the newer ones use APIs to pull the data together.

As a result, the introduction of new standards and regulations have turned account aggregation and bank connectivity into a commodity. And while there tends to be a negative connotation associated with the word “commodity,” Rolands explains why this is in fact a positive thing for the entire ecosystem.

“We’re made to believe that when something is commoditized, it’s bad. But it’s great in this case. It’s great for the whole ecosystem. In the olden days, where we did not have any connectivity and it had to be invented, connectivity was incredibly expensive… And now, as connectivity is becoming a commodity, we’re suddenly lowering the barrier for entry. That means that not only rich and large companies can get access to this infrastructure, but smaller companies can start to build applications on top of this infrastructure.”

Generating revenue when connectivity is free

Rolands co-founded Nordigen in 2016 with the main purpose of offering account aggregation like many others. But in December 2020, Nordigen announced that its account aggregation API, with connectivity to thousands of banks all across Europe, would be completely free of charge.

This decision enabled them to kickstart work for developers who previously could not afford to sign agreements with open banking companies to build their projects.

I asked Rolands whether it was commercial opportunities or altruism that led the team to offer a free open banking solution. His response? Neither. Ultimately, it was the recognition of a common pain point and the desire to solve a problem that drove the company forward.

“The real reason was that we were frustrated that this technology that was supposed to be a commodity wasn’t a commodity. And we were thinking of all the ways we could make it a commodity as fast as possible. So it wasn’t really altruism. It wasn’t really a commercial mindset. I would say frustration is the real underlying reason, if I have to be completely honest. And then afterwards, of course, when we started to realize that it is possible to sustainably offer the service for free, we started to consider all the other things that come along with it.”

But Nordigen is after all, still a business. So the question is: how are they still generating revenue while offering connectivity for free?

Although Nordigen offers the ability for companies to access open banking data free of charge, they also offer premium services that users can layer on top of the basic service.

“What we have built is a set of tools and libraries on top of the free banking data that we pull from the bank that helps developers to make sense of banking data. So we help with things like transaction enrichment and transaction categorization. Those are all premium APIs that are available to anyone who’s using the free open banking API.”

Next in our discussion, Rolands and I switched gears to explore these concepts from the perspective of the banks. Once a bank achieves account aggregation and the ability to pull all the data together from multiple institutions, the question then becomes: what are they going to do with it?

Rolands has identified three basic use cases for account aggregation: personal finance, credit worthiness and new customer onboarding. For banks, personal finance won’t be the biggest source of revenue that comes out of account aggregation, but as Rolands puts it, they are indeed “cornered” in this situation because they can’t very well deny consumers the ability to access their own data.

However, banks do have different opportunities they can lean on when it comes to generating revenue. Rolands explained that these opportunities will differ depending on the size and scale of the bank, but in general, this open data ecosystem will allow them to create more personalized offers for customers that are more likely to fit their needs.

A meta perspective on inclusivity

For Rolands and Nordigen, the open banking ecosystem doesn’t just involve end users or the unbanked as an opportunity to generate revenue. They also factor in what I call a “meta perspective” on the movement by including the experiences of developers in the decisions they make—which, in my books, is true inclusion.

“Open banking was invented so that people can move their data around and not be tied to one entity that has basically a monopoly over their data and their finances, but they could have more freedom and more choices… Open banking should be democratically available and accessible. And it’s okay that there’s still companies that are charging money for connectivity. I think that’s all necessary. But also I think that’s where this is supposed to go, is that this should be something that’s democratically available, very much like the Internet.”

In the future, Rolands and the Nordigen team plan on continuing to work towards accessible open banking solutions for all. Rolands reminds us that several barriers still stand in the way of this overarching vision, and as long as that’s the case, they will have plenty of work to do.

Learn more about Rolands and his work at https://www.linkedin.com/in/rolandsmesters/?originalSubdomain=lv.