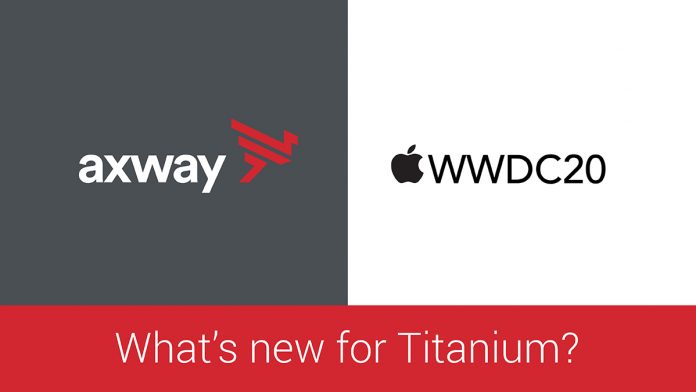 Today, I’ll explain how the announcements affect Titanium and what you can expect in the coming months.

In the coming weeks, we’ll release SDK 9.1.0, which includes approximately 100 tickets. You can follow the milestones via JIRA and GitHub to track the progress.

SDK 9.2.0 releasing this fall will support iOS 14 and XCode 12. Throughout the Apple beta release period, we will continually test to ensure that we can provide support for building against the iOS 14 SDK using XCode 12 and that existing apps run as expected on devices running iOS 14.

We plan to provide pre-release versions of the SDK to allow you to ensure that your apps will work as expected with the new iOS and XCode releases. Your feedback is important to us and will allow more stable released versions of the Titanium SDK. For updates on our progress, you can start watching Jira ticket TIMOB-27964.

If you think there are other important features which we should consider, please create a ticket in Jira.