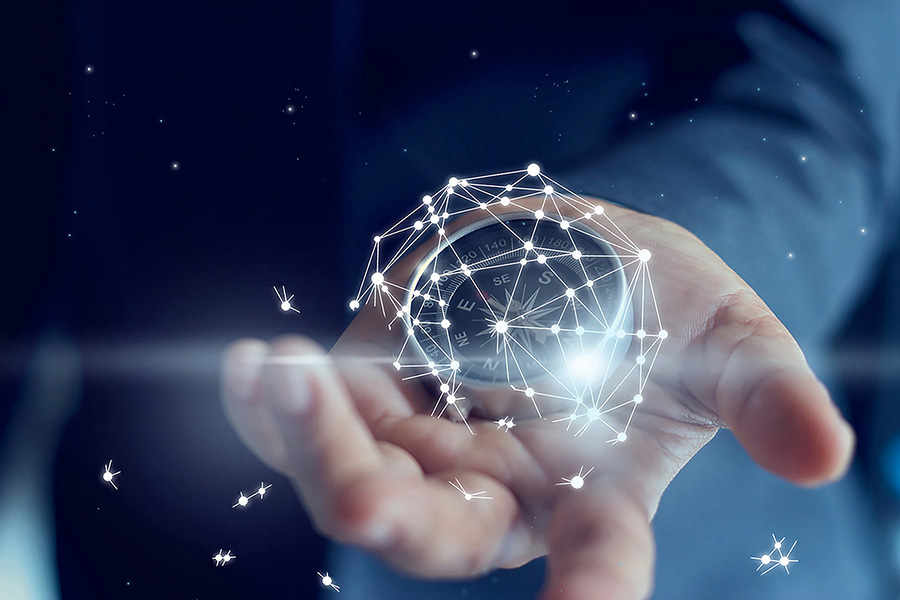 Editor’s note: The following guest post was written by Ivan Markovic, who is a member of the Appcelerator Titan’s program. After getting a degree in Drama and Computing Ivan spent 8+ years at Adobe working in the Advanced Technology Division where he helped introduce PDF to the world. Over the past 10 years he’s been acting as an Independent Consultant focusing on PDF based Java technologies as well as front end and UI expertise. These days he split’s his time between developing Apps for the UKs largest independent Estate Agent and designing and developing Apps for magicians and musicians. He also finds time for designing and developing lighting sculptures.

I recently developed a magic iPhone Application using Titanium, called ‘Streets’. In the end I have to say that it turned out to be considerably more arduous, stressful and fraught than I thought it would be!

So some background… I’m a magician, a member of the Magic Circle here in the UK and recently Penn & Teller recorded a pilot for a new show called ‘Fool Us’ where they invited magicians to see if they could fool them with a magic trick. A magician called John Archer was able to do just that and so with him being a hot property I approached him to develop an iPhone App.

He had an idea based on a trick he released a number of years ago that involved the use of a map, where the spectator leafed through an A-Z Street map of London and stopped on any page and chose any street. The magician was then able to tell the spectator which street they had chosen! A very powerful effect and not cheap. 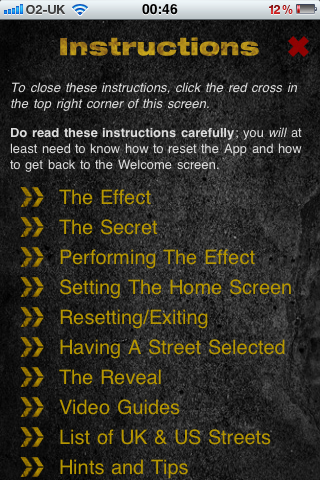 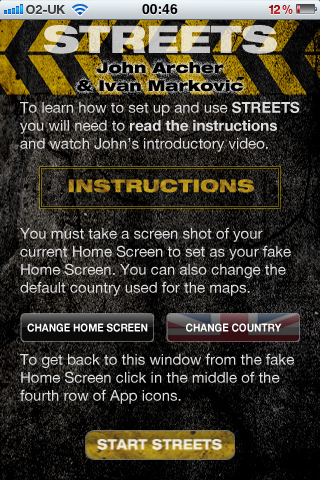 So here was an opportunity to develop a very different and original iPhone App and to use John Archer’s increased visibility to help with marketing. Marketing is essential these days as unless your App goes viral it just won’t sell. So you need to have an outlet, a marketing budget or a route to high profile Twitter personalities otherwise it will just die on the vine.

I have to be very careful as to what I say about the App as I can’t reveal the secret but the main facet of this App was to create an environment that replicated the existing iPhone UI but I was concerned that I might have some trademark issues so I decided to rush together a very basic version of the App with minimal instructions and to see how it fared in the review process. The idea being that I didn’t want to spend weeks developing an App that Apple then ended up rejecting for reasons that I couldn’t code around. So this was me just testing the water.

Well as it turned out Apple did reject the App but not for the reasons I suspected they would! Fortunately with regard to their objections I was able to demonstrate that there was precedence and that they couldn’t legitimately reject my App having accepted the others. This argument ended up being persuasive and they changed their decision.

This allowed me to continue developing the App knowing that in essence Apple didn’t have any problems with the process, structure or use of trademarks. Depending on the nature of your App it might be a good idea to go for an initial ‘test’ release, especially if you have concerns that approval process might be treacherous.

The next problem I had was testing, I test on the 3GS but John Archer has a 4G phone. I’ve developed a number of Apps before and never had any platform issues but suddenly the App was crashing on the 4G phone but not on the 3GS phone! It was a nightmare, like a typical non-technical user I was getting reports that “It’s not working” or “It crashes when I open a map”! Educating them to provide you with a proper test environment, a route to the crash and something I could replicate was painful especially that when I did get hold of the details I couldn’t replicated it on the 3GS!

It was then that I realized the Retina display was the problem. With 2x resolution the memory footprint quadruples and I was simply exceeding the limits imposed on the App. But the strange thing was that with a small adjustment to the images I was able to get it all running; but then suddenly it started crashing again! I found that if I ran the App it all worked fine, but if I switched to another couple of Apps and then switched back it crashed! It seems that iOS was somehow paging out the memory and then loading it back in when the App was reactivated and this is what was causing the crash.

After much fannying around I realised the only reliable route to a solution was to make the App exit when suspended, so that it loaded from scratch every time it was started. Yes this does delay the start of the trick but it’s the only reliable way to run the App. In order to do this I created a modified info.plist and added the key/value pair:

I then finished testing and released the App to the Store, where it was approved within days (the initial rejection took about 10 days, seems to be average). All seemed well at first and the reviews started to come in but then we started to see complaints from iPod Touch users. It was crashing on launch and as I didn’t have an iPod Touch I’d never tested against it. What I really should have done was to have popped into an Apple Store and installed it on one of their test devices and given it a test drive there (I have an Enterprise account so this makes distributing Apps remotely a lot easier, as it can all be done via a URL without need for a UDID).

I started taking note of all the E-Mails I was receiving and informed everyone that an update was on its way. I was very careful to make sure that a support E-Mail was very visible on iTunes and that it was also visible on the various support pages. That’s absolutely essential; if the user can’t report and issue and doesn’t receive timely and satisfactory feedback they’ll write a negative review and we all live and die by our reviews.

I kept in touch with the iPod Touch users when I released the App to the Store (even including one of them in the testing process) and then again notified them when the App went live. The result was a group of initially unhappy users now very happy and satisfied. The only problem we have is that the effect is so strong that magicians are wanting to keep this to themselves, so I’m working hard with magazine reviewers and with celebrities to get endorsements. This App is never going to be viral but it’s going to be a slow burn. No I’m not going to make a mint, I’m not even going to even cover half of the time I spent on the development however it’s now a well respected and acknowledged App and is doing quite well as a ‘calling card’ for me; as I am move more into the non-business Apps market.

I’m not a C programmer and never really want to be, but I have been programming for 30 years and the Titanium development environment allowed me to create a very powerful App rapidly and I found the Professional support package essential to help me navigate the peccadilloes of the iOS platform.

So if you want to see how all of this time, effort, sweat blood and tears has manifest itself then search for ‘Streets’ in the iTunes Store… Yes I have to say that I still can’t believe that after over a year of App releases no one had developed an App called ‘Streets’ not in the UK or the US; I was very lucky with that name.