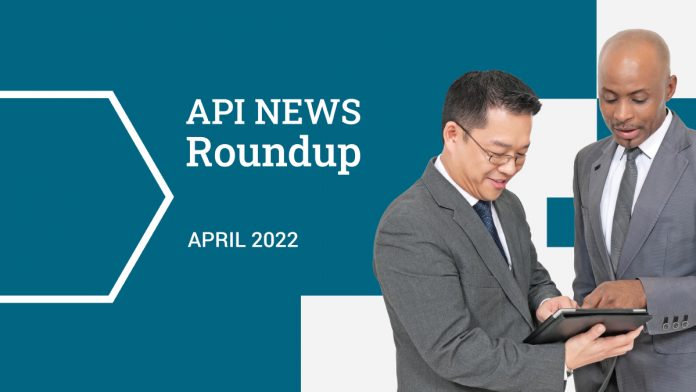 Here are op-eds and company news you may have missed in April, along with top API and digital transformation stories from around the web.

It would be impossible to miss the news that business magnate and Tesla CEO Elon Musk made a deal to buy Twitter – with some elated about likely “free speech” changes and others worried about the harms of algorithms to civil discourse. Meanwhile, others are asking, “where’s my edit button?”

Data science professor Lewis Mitchell explains why an edit button for Twitter isn’t as simple as it seems – and what APIs have to do with it. Read his discussion of fundamental technological challenges and how “the medium shapes the message,” here.

In his latest Forbes article, Axway CTIO Vince Padua discusses what we can learn from government cybersecurity strategy in the new world of API ecosystems.

“Government cybersecurity regulation can and will unlock more innovation as it provides a playbook for how to get started with zero trust. Innovation is still left up to enterprises, but at least they know some rules of the game,” said Padua.

Read his takeaways from the U.S. government’s cybersecurity rules here.

Social media giant Pinterest announced the launch of its newest API, billing it as their first “developer-centric open API.”

Certainly, there are some great discussions to be had about the importance of developer experience and API-first. And as Axway Catalyst Erik Wilde puts it:

Apple officially moved into the open banking space in the UK with its acquisition of Credit Kudos, a startup that uses API access to bank accounts to collect real-time data and provide highly accurate credit ratings for customers. This Forbes article looks at what it means for the open banking movement.

What is the difference between open banking and Open Finance? One thing they have in common is APIs as the enabling technology. Catalyst Emmanuel Methivier argues in Alliancy that Open Finance today is really open banking as it was conceptualized in the 2010s.

“The explosion of Open Finance accompanies the adoption of APIs by a growing number of players who find, beyond technical integration, a source of new revenues,” says Methivier. “By opening the door to new business models with their ecosystems, banking institutions are progressively transforming themselves into a ‘marketplace’ of digital services through which they generate new sources of value.”

Read his thoughts on why the future of banking is based on the vision of a digital marketplace, here (in French).

The following might also help shed some light on how all these “open” philosophies and technologies interconnect: Panagiotis Kriaris, a recent guest on the Mr. Open Banking podcast, shares his version of a diagram that beautifully illustrates the dimension of data vs. experience in Open Everything. 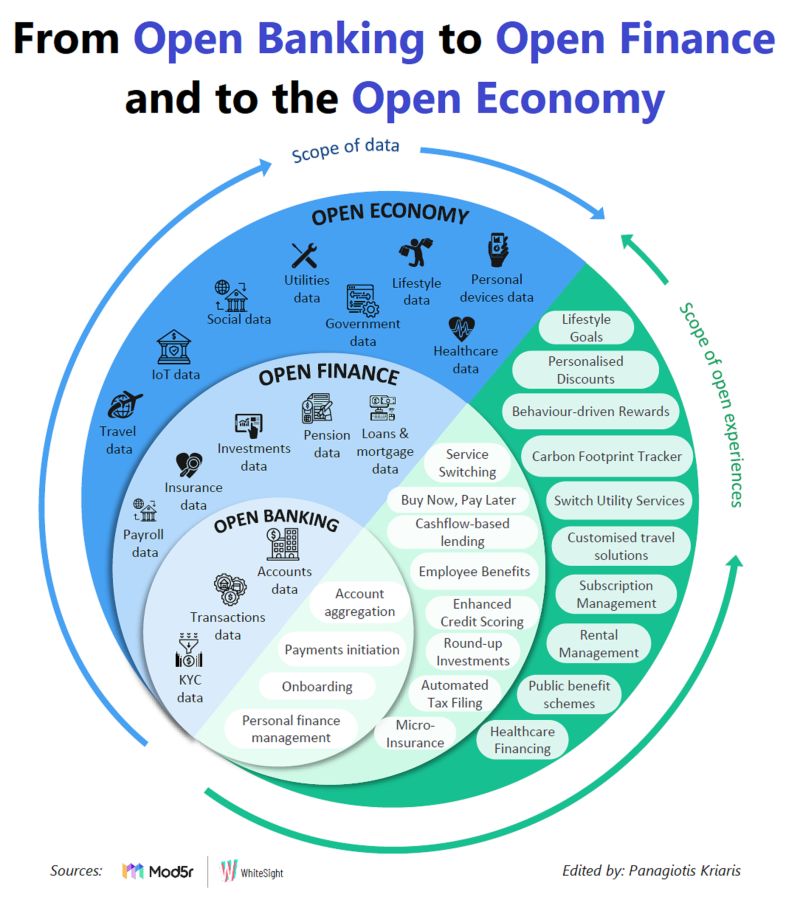 One notable concept in this diagram is Open Insurance. Read why Axway’s Fernando Ferreira believes Brazilians should embrace Open Insurance to increase market penetration, free brokers from basic transactions, and catch up with banks on the “API as a Product” concept – and much more.

You may also have noticed IoT data in the “Open Economy” section: how exactly does the open banking movement intersect with the Internet of Things (IoT)? And what can we expect to see next in this fast-paced digital revolution? Axway Head of Open Banking Eyal Sivan recommends this insightful article by Rolands Mesters, CEO and co-founder of Nordigen.

The business of APIs

Technical debt is becoming a more pressing concern as organizations grapple with a volatile job market and skill shortages. In an InfoWorld piece on how to minimize new technical debt, Axway VP of Healthcare Ruby Raley says the issue will need to be front and center for CIOs:

“[CIOs] will need to find operational efficiencies to fund new projects because of inflation and staffing issues from the Great Resignation and employee burnout. One of these steps will be tech consolidation to reduce maintenance spend,” says Raley.

“Turns out software developers are people, too,” quips Protocol enterprise editor Tom Krazit in an article where he discusses how developer experience will be the next major competitive front in enterprise tech. One piece of that puzzle – and a principle often taught by Axway Catalyst Erik Wilde – is that clean, well-articulated APIs allow developers to move faster and with more confidence.

“Developers under pressure from their bosses to ship software, and blessed with [a] rich number of options […] are going to reward companies building powerful yet easy-to-understand APIs,” writes Krazit.

Read the full piece to learn why you should treat developers as your customer when it comes to API design.

We’re also learning more about how APIs can be a major revenue generator for companies with an Axway study released last month – but only if they drive consumption of their APIs.

Philippe Richard covers the story in French for IT Social here, and find it in Portuguese on Brazil’s IPNews here. Are your APIs worthless? Check out this 30-second explainer video on LinkedIn, or dive into the study for more details.

Do you have questions about MFT or cloud MFT? Check out our newest series on “MFT 101” for answers to questions like what does MFT stand for, how does cloud MFT work, and what is a hybrid cloud.

Then, see why you shouldn’t leave MFT and B2B/EDI behind in your move to the cloud.

The Financial Data Exchange Global Spring Summit 2022, from April 5th – 7th, brought together the financial industry’s leading business leaders, engineers, and stakeholders to better the development, implementation, and adoption of the FDX API and its associated standards. 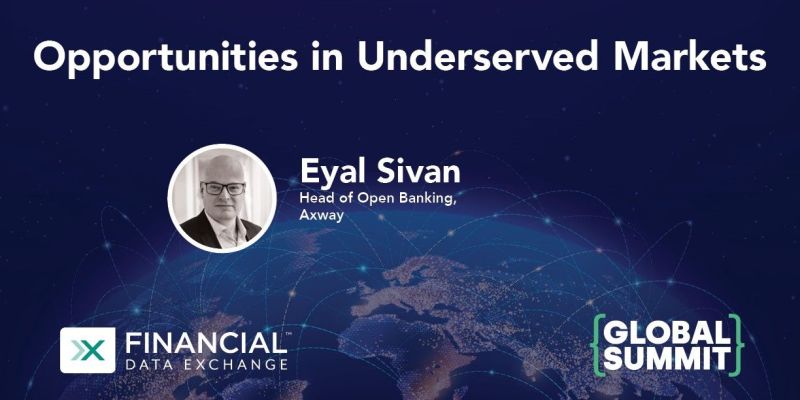 Axway Head of Open Banking Eyal Sivan presented on the topic of opportunities in underserved markets. He focused specifically on lessons learned from Brazil on how to successfully implement open banking.

“Over the course of 2021, while struggling with the pandemic, Brazil managed to regulate, define and implement real-world working open banking APIs to cover product comparison, accounts & transactions and payment initiation integrated with PIX, their QR-based real-time payment system – a global first. All in a single year,” says Sivan.

“Established markets have a lot to learn from underserved or emerging markets when it comes to modernizing their banking systems. These lessons are particularly instructive in overcoming the Innovator’s Dilemma as it relates to open banking.” 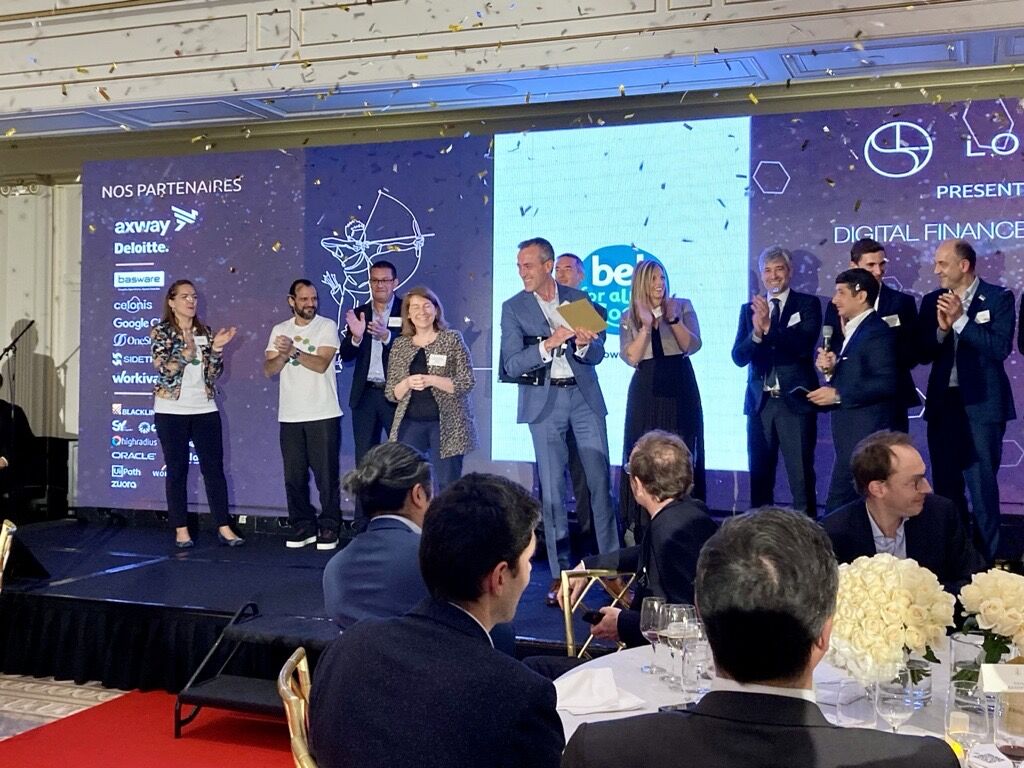 The team stood out for their global finance transformation project where new skills, resource pooling, and digital technology are being leveraged to bring satisfaction, efficiency and relevance to 1400 team members.

Learn more about how Axway can help you on your digital finance transformation projects.

There’s a holiday for everything these days, and that includes Identity Management Day (April 12th, mark your calendars). But in today’s hyper-connected economy, it’s never a bad time to brush up on security.

Liad Bokovsky, Senior Director of Solutions Engineering at Axway, says companies need to do a better job at protecting their customers’ data by having technology and processes in place to make sure that API design, implementation, and management are done properly.

Meanwhile, Cyber Security Magazine offered advice for keeping data out of harm’s way, citing an Axway consumer survey that shows 85% of respondents had serious concerns over how their data is stored and secured, while 53% said a data security incident would be a reason to end the customer relationship.

(The same survey in Brazil showed even more people would stop doing business with a company that reported a cyberattack or data leak that possibly exposed their personal information.)

Members of the Open Business Factory circle, including Axway Catalyst Emmanuel Methivier, met on April 13th in Paris to discuss management of the ecological transition. They exchanged on questions like how to determine key indicators of management, and how to take advantage of its ecosystem to reduce its ecological footprint. 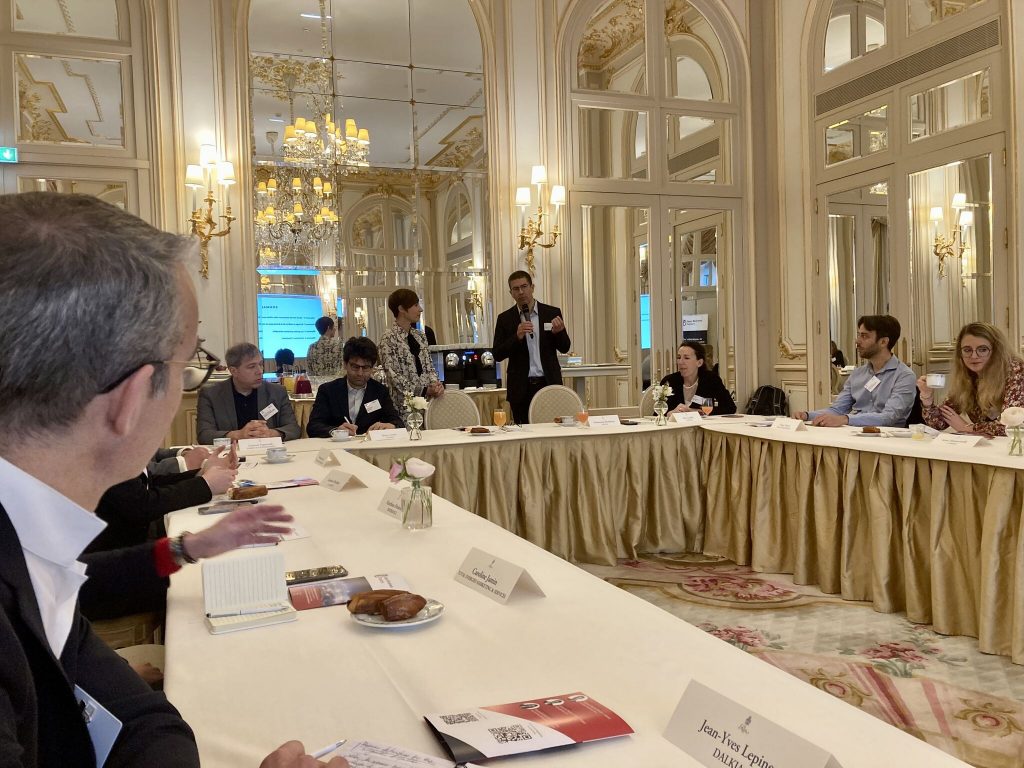 What we’re reading & listening to

Axway CEO Patrick Donovan shares a CIO piece on secrets of future-ready tech leaders: “The past couple of years have been anything but normal, causing many business-driven technology leaders to re-evaluate their playbooks and make changes. And at the center of those playbooks should be adaptability,” Donovan adds.

He also points to eight skills every leader should master in 2022. “Genuine connection is something we can’t neglect at work, especially as a leader,” says Donovan. “Whether your team is remote or in the office, the idea of prioritizing humanization is crucial. It’s something I’ve learned throughout my career and has been amplified during the pandemic.”

That about covers it for our April News Round-up, thank you for reading, and stay tuned for more API and digital transformation headlines next month! 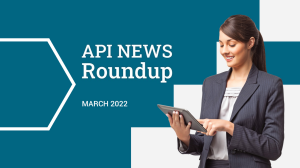 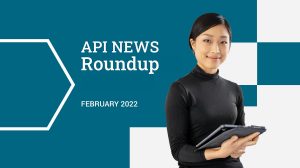 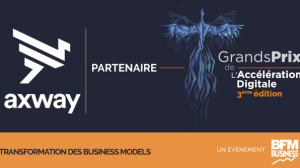 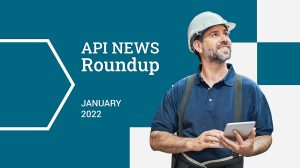 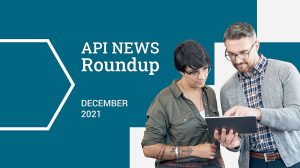 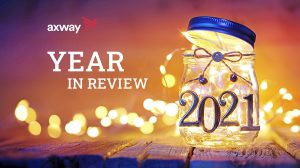 Looking back on 2021: Axway’s year in review