The following article is an adapted transcript based on the audio recording of Episode 4 of the Mr. Open Banking podcast. The audio version is available here.

In this edition of Mr. Open Banking, we get philosophical.

Instead of jumping into something open banking-related right out of the gate, we take a step back. We discuss bigger things like the global financial system, human behavior, fundamental uncertainty, and irreversible time. Then, we tackle how to build a better economy and a better society, not just for individuals, but for everyone.

For those who like the big picture, this one is for you.

To explore these questions, we chatted with IBM’s Global Research Lead for Financial Services, Paolo Sironi. As an elected member of IBM’s Industry Academy, he mentors top managers on business transformation and has authored several well-known books on financial technology and innovation. Paolo is also the co-host of Breaking Banks Europe, one of the world’s most popular Fintech podcasts.

His most recent book, Financial, puts forth a theory that places transparency at the heart of a radical new approach to economic theory. He suggests completely reimagining how we think about financial markets and economics in general.

We asked Paolo to sum up his Financial Market Transparency (FMT) theory in a simple way:

“Money is an emotional problem for people because it is linked to the biological micro-foundations of our relationship with finance, which can be boiled down to two elements called fundamental uncertainty and irreversibility of time.”

What exactly do these two concepts — fundamental uncertainty and irreversibility of time — mean?

Fundamental uncertainty is the concept that you can’t tell the future, no matter what. Even if you had all the data in the world and an infinitely powerful computer, it wouldn’t matter because some things just can’t be predicted.

The irreversibility of time

The irreversibility of time is the idea that human beings — homo sapiens — experience time in a straight line, from birth to death. Some say this perception may just be in our minds, but the forward march of time certainly affects our behavior, adding an emotional and often irrational element in our economic decision-making.

When Paolo examined today’s most common financial models, he found that they simply did not account for fundamental uncertainty or the human reaction to the irreversibility of time.

FMT is his attempt to come up with a better model.

In Paolo’s work, he introduces the term homo economicus. This is an economic agent that exists in our current financial system that is rational and makes decisions based on clear, objective information. He suggests that this homo economicus doesn’t really exist and what we need to do is build a financial system for real people.

In the aftermath of the global financial crisis, it became clear that the idea of homo economicus is a flawed theory. Even the former chairman of the US Federal Reserve, Alan Greenspan, echoed this idea.

When asked to explain to the US Senate how the crisis could have happened, he was forced to admit that the existing economic model was flawed. Let’s take a moment to understand what a big deal this actually was.

At the heart of the crisis were opaque financial instruments sold in confusing and sometimes predatory ways — for decades — causing the entire system to collapse. Alan Greenspan, lovingly nicknamed “The Maestro,” is brought before Congress after the collapse and asked, essentially, “What happened?”

Here’s how he responded under questioning from Representative Henry Waxman on October 23, 2008:

“I found a flaw in the model that I perceived as the critical functioning structure that defines how the world works, so to speak.”

That moment was like a bomb dropping on modern economic theory.

Here was the man himself — one of the godfathers of neoclassical economics — admitting that his theory that came to dominate the global economy is fundamentally flawed.

In Paolo’s terms, the problem with Mr. Greenspan’s theory is that he assumed we are a creature called homo economicus. For homo economicus, what matters most is improving their individual position; emotions don’t play much of a role.

“Placing homo sapiens at the center of economic decision-making means reconnecting with the real needs of homo sapiens, which finance can represent in a vivid way because of the nature of the financial problem.”

This is where the premise of Paolo’s theory comes into view. What he proposes is a system built for homo sapiens, based on how real people with real needs behave. People who are sometimes irrational, especially when dealing with uncertainty.

What role does transparency play in helping to create that new system?

Transparency incorporates incentives, costs, and consequences so that banks and clients are both aware of the reality that the future is uncertain. This allows clients to conceptualize value and make decisions to solve their financial problems.

Banks are realizing that homo sapiens are motivated by value and, to serve them, they must shift toward an “empathetic and transparent relationship-based journey.” This means incorporating a distribution channel of products that are packaged as financial advice.

Basically, instead of leading with lending, banks must lead with financial planning.

But to provide that unique value-based, enriched advice — especially in a way that can deal with uncertainty — banks have to have that holistic view. They have to be able to see everything about the client across all of their activity, both within the banking ecosystem and beyond.

For Paolo, open banking can make that happen.

Open banking provides an incredible opportunity to “blur the lines” across financial institutions, client relationships, and banking decisions. However, to build a data-driven bank, Paolo says we must first learn how to be a data-enabled client.

The key to data-enabling the client, Paolo says, is by understanding finance as an emotional relationship between the client and their money. Customers must be motivated to access financial advice and use the bank as a platform. Artificial Intelligence can be used here to digitize knowledge in two useful ways.

First, financial advisors can be provided with relevant, factual information about the individual seeking advice to deliver a valuable user experience.

Second, clients directing themselves can enter into an artificial conversation that allows them to shift their perspective on a financial problem. The bank can then add more value and generate revenue from there.

In Paolo’s book, he talks about moving from closed systems to open systems and creating a more holistic view of the financial system at large, not just for individual people.

Today’s economies are too focused on optimizing for the short term, Paolo says. Once we can view the full financial picture, capitalism will become more inclusive and the world can work together to fix global problems facing our planet. We can meet moments of stress and uncertainty with economic structures that won’t immediately collapse.

“I believe that if we start from finance, which is facing the problem of survival and purpose, we can transfer these to the overall economy and society and we will make something fundamental in our world,” Paolo says.

One of the strongest quotes from Paolo’s book has to be the closing line:

“The future is open.”

For Paolo, that open future contains both problems and opportunities. It ensures that new technologies are working to build progress, not just novelty or change. To do this, “we need to infuse transparency as a foundational principle into everything we do,” he concludes.

Despite its ongoing growth, the global financial system continues to struggle with challenges like low-interest rates, stagnation, and rising inequality. Paolo believes these flaws exist because our economic models aren’t built to cope with fundamental uncertainty, let alone our often-irrational decision-making.

He suggests building a new model for the economy, one that puts transparency at the center. Rather than value coming from one side — having more information than the other — all that information is out in the open, for everyone to see.

Suddenly financial products become easy to compare and switch. The focus shifts to advice and relationships, things that offer real value to clients in very personal and genuine ways.

Through transparency, open banking aims to create an economy that is fairer and more stable, more competitive and efficient, and more in touch with the real needs of real people.

To find out more about Paolo, connect with him on LinkedIn, or visit his website. 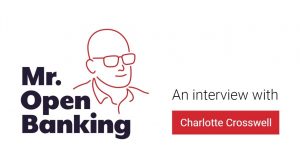 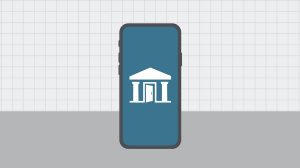 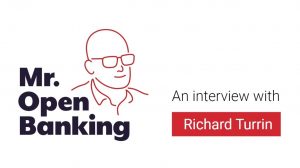