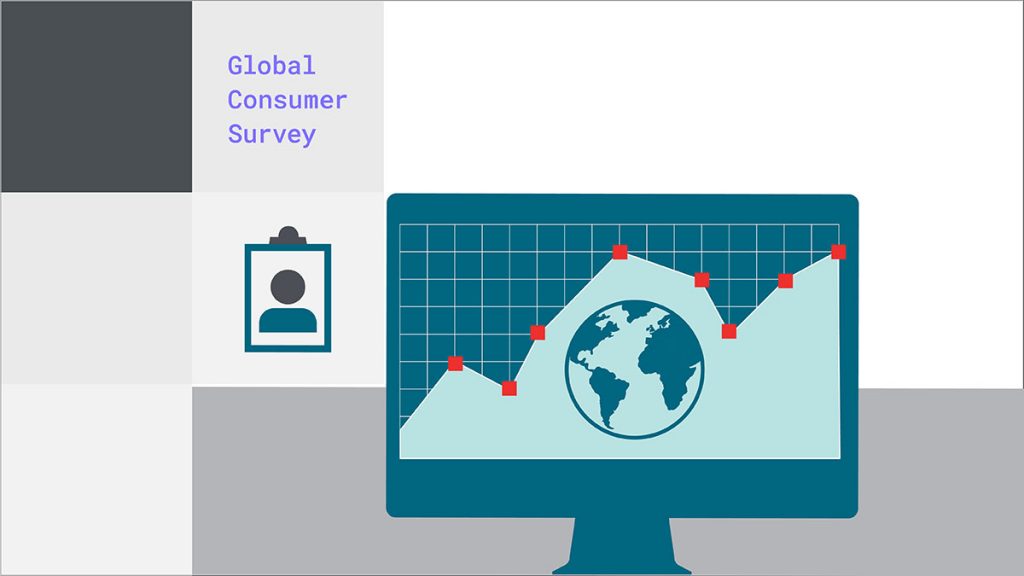 Here at Axway, we know that customer experience is a powerful force in business success. A good experience can elevate the brand, reliability, and trust in a company. More than 11,000 companies across banking, healthcare, supply chain, and other industries look to Axway to enrich their customer experience, accelerate innovation, and simplify data security and governance.

As we continue to advocate for more open platforms and open data, we were curious to hear how our customers’ customers perceive these technology changes.

We first surveyed U.S. consumers last year on open banking and finance, healthcare, general technology, and security and privacy. Now, we’ve asked consumers from around the world how they perceive these topics, and how well they are being served by current digital experiences.

Axway commissioned a consumer survey, conducted by Propeller Insights in April and November 2021, and polled 5,074 adults in the United Kingdom, Brazil, Germany, France, and the United States who spanned a representative age, gender, and demographic range.

Let’s take a look at some key findings.

Convenience is still a major factor in consumer behavior

One major takeaway is that close to 60% of people globally believe it’s worth allowing companies to access their personal data if it means a better user experience.

The survey also shows regional – and perhaps cultural – differences in consumers’ embrace of data openness: 75% of Brazilians and 59% of U.S. Americans said it is worth giving companies access to their personal data if it means a better user experience, whereas the British are actually quite split – only 50% agreeing it’s worth giving access to their data – and Germans are slightly opposed to the notion, with only 48% agreeing.

One way people prioritize convenience: nearly two-thirds (73%) globally use their Facebook or Google account at times to log into other apps to avoid having to create new logins. 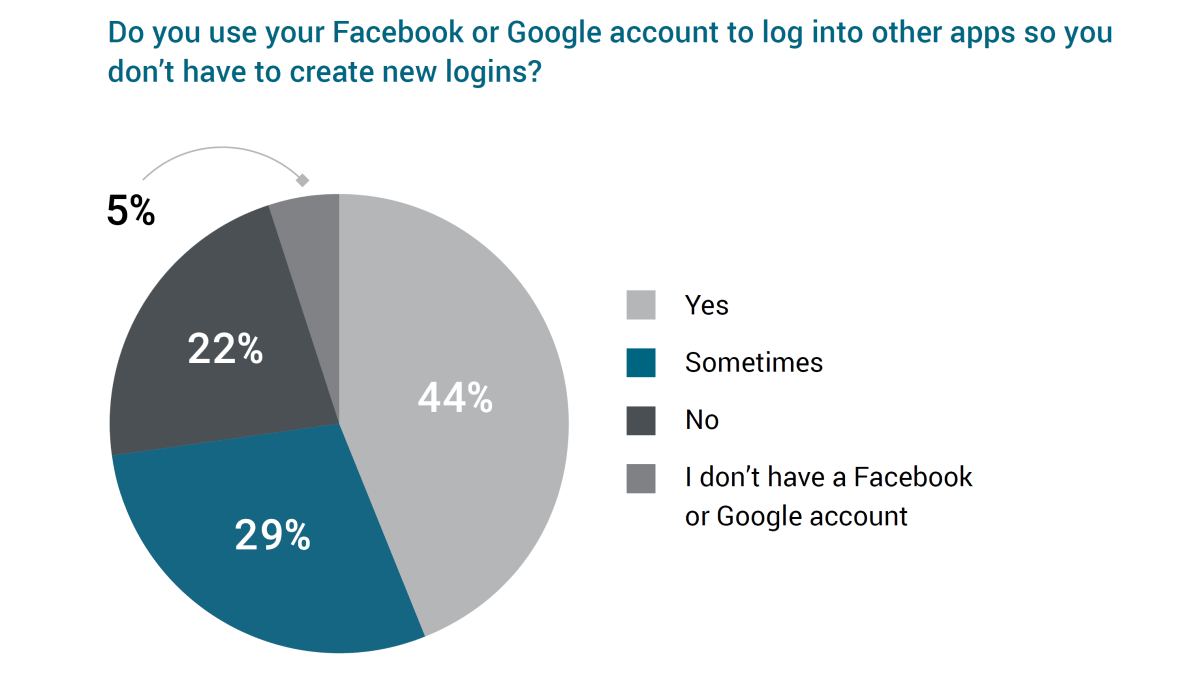 And people don’t need to know how the technology works to benefit from the services it enables. For example, we’re all dependent on the Cloud these days, and most people (88%) have at least a basic understanding of Cloud technology, even if they’re not quite sure what it does.

But interestingly, Americans were the least confident in their understanding of “the Cloud”, with almost a fifth (19%) responding they don’t know what it is. 93% of Brazilians say they know what the Cloud is, vs 91% of Germans, 89% of British, 86% of French, and 81% of Americans.

Consumers want privacy and control over their data – and greater transparency

We found people were overwhelmingly supportive of having more control over who sees their personal data, and they want to better understand who’s accessing it at any moment. A whopping 90% of respondents wish they knew what specific data companies have collected about them, and many have concerns that their online data may not be secure.

Only a little over a third (37%) of people globally feel that companies are transparent about the ways they use data online.

And right now, only half (48%) trust that the mobile apps they use protect their personal data.

However, close to 60% of respondents from these European countries do say they’re “somewhat concerned” about the security of their online data.

We also found people want what APIs in healthcare can offer: better access to and ownership of their health records. And they also have some reservations about privacy.

Three-quarters (76%) of people agree their health providers should have the same, most up-to-date information about a patient for reasons like improved care, decreased human error, and greater convenience to the patient. 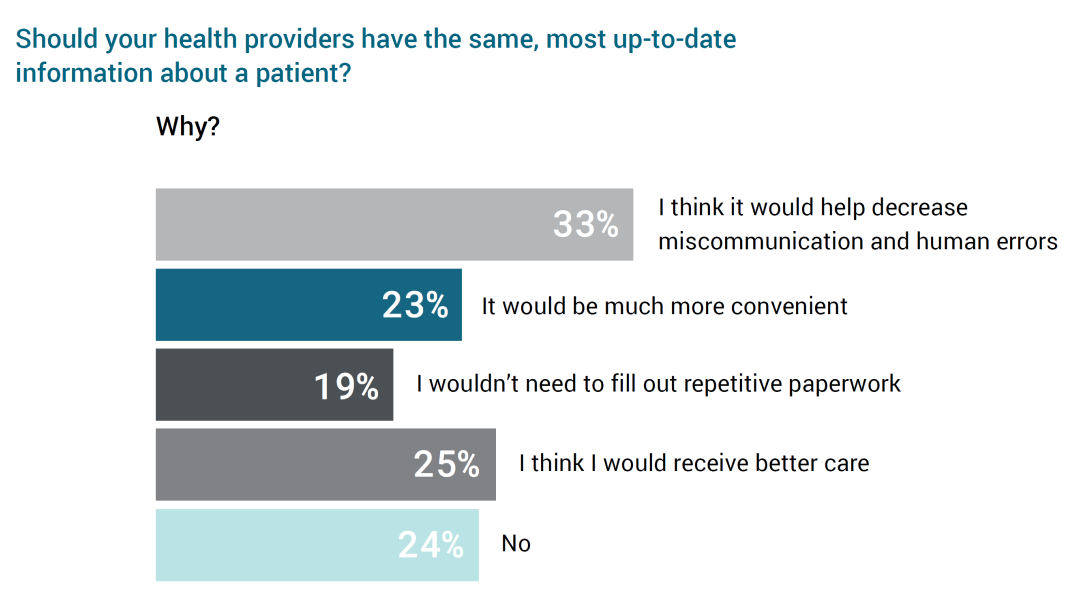 The remaining quarter that disagree still worry about privacy and/or security, or don’t want a doctor to have information about them before they’ve even met the patient.

Ultimately, open healthcare has the potential to help patients make better, more informed decisions. And many are taking advantage of growing interoperability in healthcare, but there’s still work to do to put patients in control of their health data.

For example, most people think medical providers make it relatively easy for them to share their medical history with a different provider (68%), but 37% of people also feel it could be simpler to share their healthcare data.

There were some differences depending on where you live in the world, too: Brazilians were the most likely to have had issues while trying to share their medical history with a different provider, even if it was possible (nearly half: 46%).

Meanwhile, the British (29%) and French (26%) were most likely to find it impossible to share their medical history between providers. Germans seem most satisfied with the ease of transferring records, with 37% responding they’ve never had issues doing so.

People are generally split on whether or not they have sufficient access to Electronic Health Records.

Most agreed on one point though: 69% want more control over who sees their healthcare records – a number that once again echoes a desire for control over our privacy in an increasingly-open world.

We saw this when we first asked U.S Americans about Apple’s new App Tracking Transparency feature last year: 39% of respondents said they would give their permission to let mobile apps and advertisers track their activity and preferences across different apps and websites, but 39% also said they wouldn’t, with another 22% who were unsure.

If they were allowed to opt out at any time, however, those who would give permission to track jumped to 52%.

People are still uncertain about Open Banking, but they love the services it can enable

Finally, we found that when it comes to finance and open banking, there’s a growing awareness of and desire for more personalized, convenient services. Security concerns continue to worry people, but there’s also a growing acceptance of personal data rights and principles of data openness.

84% of respondents globally agree that they should have control of their financial data, and banks should not prevent the movement of money between other financial services – principles that are basic tenets of open banking. 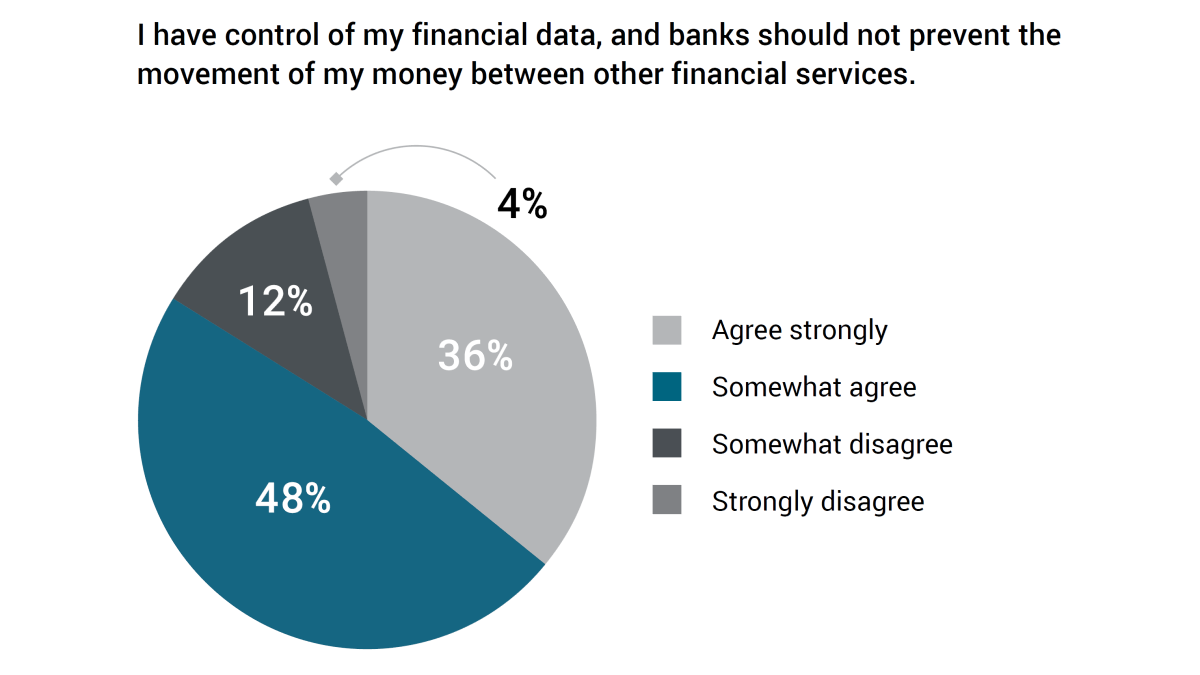 Brazilians are most wholeheartedly embracing open banking, with 79% of them saying they view a growing movement toward open banking as a positive development.

We’ve seen this up close as we piloted a dedicated Open Banking solution in Brazil over the past year. Dynamic markets like Latin America, the Middle East, and Africa are enthusiastic because people there have grasped the potential of open banking to democratize finance. And Axway’s Head of Open Banking, Eyal Sivan, points out that companies are moving quickly to seize a great business opportunity.

Further north, U.S. Americans are more split, with only slightly more feeling it’s a positive development (51%) and the rest worried about security and data privacy.

Meanwhile, in a region that was an early adopter of Open Banking regulations surrounding data ownership, Europeans tend to have more negative responses to the growing open banking movement: 60% of French respondents see open banking as a negative development, followed by 57% of Germans and 54% of British. They echo U.S. Americans’ concerns about security and data privacy.

One interesting story the survey tells is that the U.S. is lagging in terms of convenience in digital banking: nearly 18% of people globally have recently used a non-digital method to transfer money – writing a check from one bank to cash it in the other, withdrawing cash or ordering a cashier’s check to deposit it to their other bank, for example.

But the breakdown is very different when viewed country to country: nearly half of Americans (45%) recently used a low-tech method to transfer money, vs only 28% of Brazilians, 26% of French, 22% of British and 20% of Germans – because their bank didn’t offer simpler, more secure ways of transferring money, or don’t “talk to each other.”

Open Everything by building trust with your customers

We know people want brilliant, convenient digital experiences – they’ve come to expect them. But it’s essential to maintain trust by providing watertight security and making sure people remain in control of their data.

“Security breaches and privacy concerns are another snag in the fabric that harms the frictionless experience people have come to expect.

In an increasingly connected world, we will continue to hear about security leaks. You can establish trust by giving consumers peace of mind about the back-end complexity thanks to secure solutions. And then, you can focus on the job of providing those brilliant new customer experiences.”

Our vision at Axway to ‘Open Everything’ goes beyond the supporting technologies such as APIs – it means having the courage to modernize and open up your business to create brilliant customer experiences, instead of fearing competition. And Open Everything keeps the customer at the center of the equation.

This survey shows a clear appetite for Open Everything from consumers. The results highlight a growing awareness of – and desire for – more personalized, convenient services, but with an important caveat: security and privacy. 85% of global respondents say they’re concerned their online data may not be secure. 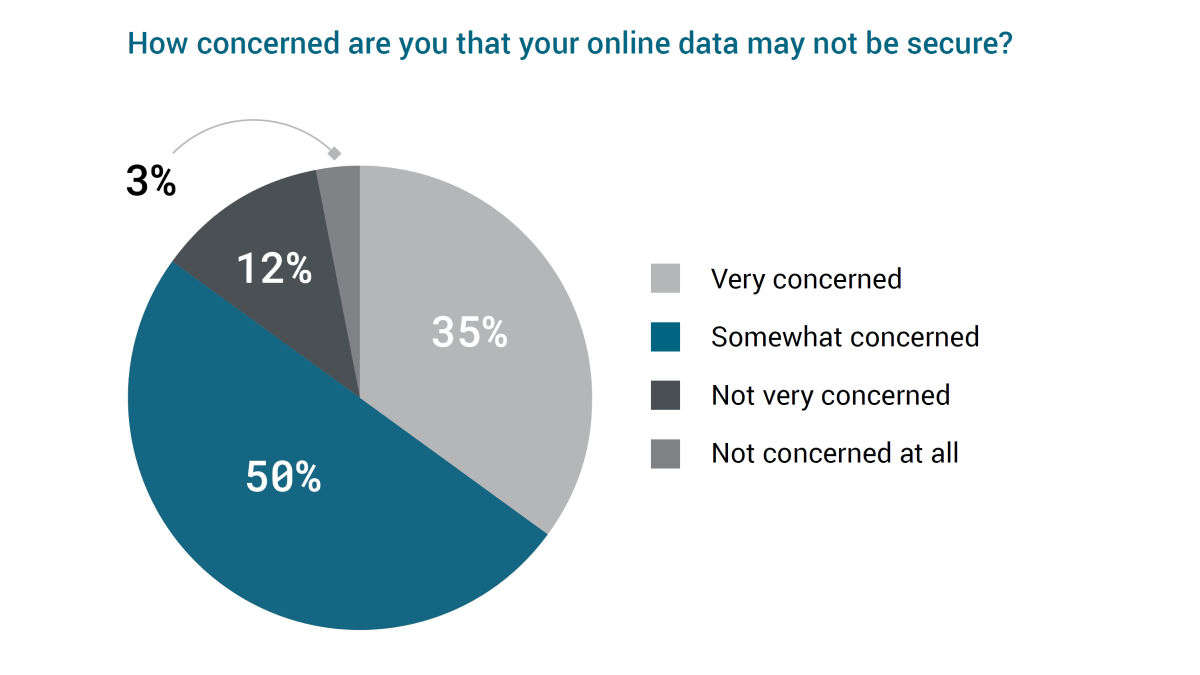 Securely opening up data while building on heritage infrastructure can help craft the digital experiences people have come to expect – while allowing companies to give us the privacy and security we crave.

Get the report to read the full survey results

Learn 10 ways to stay ahead of rapidly evolving security threats