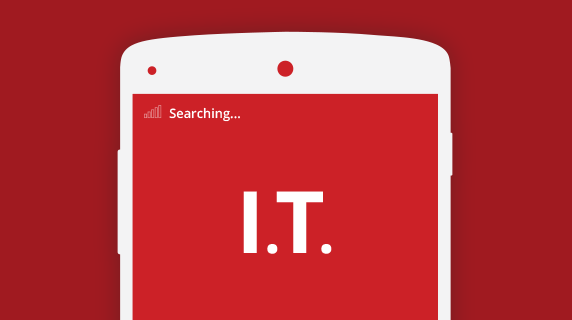 Roughly twice a year, give or take, we conduct a survey of mobile developers. Our latest has just been published, and it’s a doozy. In partnership with IDC, we surveyed more than
120 IT decision makers and 8,010 mobile developers, the largest group ever. A set of shared questions allowed us to make a direct comparison of the groups’ thinking in key areas. The results give new meaning to the phrase “same planet, different worlds”…

1. On who owns mobility in the enterprise…

To start, 66.9 percent of IT decision makers believe they’re setting the mobile agenda. But almost half (49.7 percent) of developers say, no, in fact, the lines of business are in charge. And another 15.7 percent say there is no primary owner at all. In other words, the answer to who’s in charge depends on who you ask.

39.6 percent of IT decision makers say they’ve either built the necessary mobile tools for their teams or have a central software license from a vendor. And while that may be true, the majority of developers aren’t using those tools — only 17.9 percent say they’ve adopted them. The rest are using other tools they’ve found (or built) on their own.

There’s a common misconception out there that building native mobile apps costs more time and resources. (If you’re using the Appcelerator Platform, you know the truth: great native apps can be had from a single JavaScript code base.) Given the misconception, maybe it shouldn’t be a surprise that IT decision makers are placing high hopes in HTML5, with 70.6 percent
of them reporting a positive experience with the standard. The problem? Only 37.2 percent of developers – that is, the people actually building the apps – agree.

Perhaps most troubling, a majority of IT decision makers feel they’ve mastered mobility (!) 65.3 percent of IT decision makers report their organizations to be either “leading edge” or “somewhat ahead” when comparing their mobile maturity to the competition. Developers aren’t so optimistic. Only 34.6 percent think their organizations are leading or ahead.

5. Meeting in the Middle

It’s not all conflict, however. Here’s one thing both developers and IT agree on: the skills gap is a major challenge in mobile delivery. In fact, a plurality in each group (33.3 percent of developers, 41.3 percent of decision makers) consider it to be the biggest obstacle to timely app releases.

The full report is available here. In it, you’ll find text and charts that provide:

Have a look at the Q3 2014 Mobile Trends Report and see how your mobile viewpoint compares.

Have you seen the developer-decision maker disconnect in action? How do you think we should deal with this in order to move forward collectively in the new mobile reality?