Home Developer A Mobile World is an Offline World (And What This Means for... 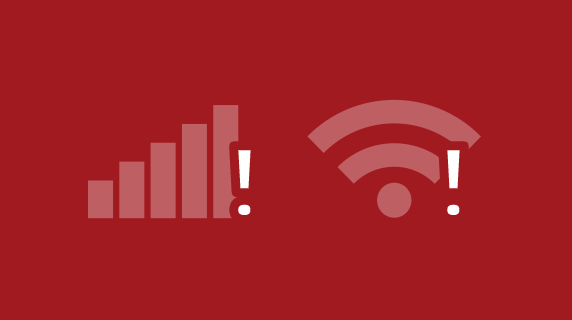 Stuck on underground public transport. Up in the air, without Wi-Fi. Dead zones between cell towers. We all know the reality: mobile users and their internet connections are soon parted.
This may be one of the sneakier major differences between the old web world and the new mobile one. In the web days, a relatively steady connection — typically high speed — was assumed. Very few web applications were (or are) designed for use in an offline state. In a web world, offline was an exception case; in a mobile world, it’s the rule.

As the epicenter of our connected world shifts from the web to mobile apps, smart developers know that users must be able to get value from an app, regardless of connectivity. They know that a local data store supercharges performance, and helps to insulate users from experiencing network bottlenecks. Most of all, mobile developers understand that supporting an offline state has moved from an edge case to a core case in app development.

A Mobile World is an Offline World

It’s a little paradoxical, but the day we opted for “anywhere, anytime” access, we gave up the reliability of the old 9-to-5 high speed connection. Not that anyone’s longing to tether themselves to a desk again — the computer-in-pocket convenience of mobile is one of the things that’s made it our default mode. What’s interesting is how companies have adapted to the new (disconnected) state.
For example, e-commerce company Diapers.com added early offline functionality to its mobile app back in 2011 to enable customers to add items to their cart even when they didn’t have a reliable signal. Though shoppers could only select from previously purchased products (a common scenario of Diapers.com customers), this was an early example of providing value and creating engagement even for offline users. When shoppers moved into an area with better connectivity, they could quickly check out, making for a better experience.
More recently, Nokia unveiled a slew of free map apps that include the option to fully download maps for offline use, as well as to search them without an Internet connection. Other apps like Snowciety, a social network for skiers and snowboarders, allow users to share photos, status updates, and snow conditions while connected, but still allows them to track runs and plot routes while on the backside of some mountain, synchronizing whenever the connection is recovered.
Mobility is driving even Google, Master of All Things Web, to reconsider its web-based experiences. The company announced in July that they would require all Chrome web apps to work offline, with Chrome Store actually housing an “Offline Collection” for the top apps that optimize for the offline use case. (Unsurprisingly, one of them is Gmail Offline, which lets you check your inbox, respond to messages and compose messages, all minus the intertubes.)
When successful, offline mobile capabilities can also lead to huge productivity gains for businesses internally. Global insurance provider ACE Group, for example, enables reps to write up claims offline then send them in when they are near a hotspot or gain a cellular connection. Offline capabilities offer businesses big advantages by liberating them from connections that often grind to a halt in overcrowded areas, as well as helping to protect sensitive information in unsecured areas.

Neither Easy Nor Optional

Confronting the need for offline really means confronting all the ways mobile connectivity differs from the web. Add in different data exchange formats, different payload sizes, an explosion in the number and diversity of backend sources (internal, cloud-based, device-based, etc.) and we’re really talking about nothing less than a new tier in our architectures.
Certainly, there’ve been some recent innovations in mitigating loss of connection. For example, the messaging app FireChat allows users to connect by way of a peer-to-peer “mesh” network via Apple’s Multipeer Connectivity — something that powered mass communications during the recent Hong Kong protests by connecting users if they were less than 70 meters apart. WIRED’s Christina Bonnington notes that Apple’s underlying networking technology has the potential to make mesh networking impactful on a larger scale.
But hoping for ubiquitous connectivity isn’t a mobile strategy. Mobile means committing to a realistic view of what an end user’s day-to-day life looks like.

Mobile means that we’re often untethered, our connections are more unpredictable than ever, and — despite this — our expectations are higher than ever. Smart developers know it. Whether building apps for internal or external use, designing for offline functionality will keep users productive and engaged, even when the bars are at zero.
Full disclosure: ACE Group and Snowciety are Appcelerator customers.