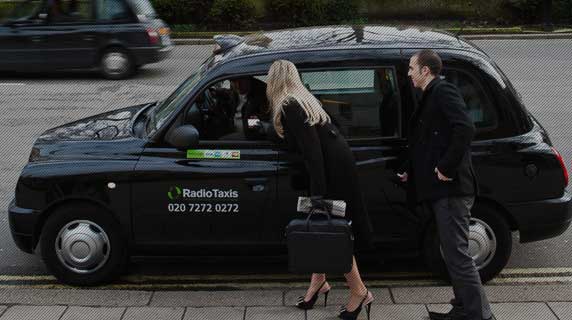 We sat with Martin Hudson, CTO of Mobile Data Systems to talk about his work at London Radio Taxis Group (RTG), and how they are using Appcelerator’s solutions to transform the taxi business.
Tell us about London Radio Taxis and the need for a mobile strategy
“London Radio Taxis has several thousand of those iconic black cabs in and around London. It’s a company that prides itself on customer value, efficiency and the environment. They saw an opportunity to transform their business by taking advantage of the mobile phenomenon and approached us to provide a turnkey solution that did not require any additional support from their incumbent IT supplier.
When it came to their first app, we applied intense focus on doing one business process, doing it really well and making it as simple as humanly possible. Take the action of hailing a taxi – We wanted to make the user experience in the app literally as simple as that.”
What were your key requirements and why did you choose Appcelerator?
“We knew we needed a solution that could cover several key requirements:
Firstly, we needed a solution that could deliver powerful native apps on multiple platforms. Apple and Android were our first choices, but we also needed BlackBerry support given that many of RTG’s customers work in the financial district.

Secondly, we needed a solution that could integrate with their backend systems. With thousands of taxis continuously on the move, we needed a mobile middleware that was optimized to continuously track their location in real-time. Realizing that their existing backend wasn’t optimized for mobile and that it wouldn’t scale, we adopted Appcelerator’s pre-built cloud services to act as a caching server. By putting this data in the cloud, we could ensure an elastic and scalable infrastructure.
Thirdly, we needed a solution that would allow us to reuse the assets for future apps and take advantage of economies of scale. Alloy was a perfect solution for this with its ability to create reusable components of UI widgets and business logic.
And finally, we needed a solution that would give us the insights and visibility required to understand the end user experience. Using Appcelerator’s Analytics, we could monitor the activity and engagement of the end users as they go from ‘Look to Book.’”
What was the ROI from an IT perspective by using the Appcelerator solution?
“The ROI can be measured across multiple fronts:
With regards to the client-side development, we had just two JavaScript developers who we were able to build the entire native app in a matter of weeks. We were delighted to see that 98% of our code was shared across the iOS and Android platforms. Conversely, to build the same app using native toolkits for each platform would have required three different programming skill-sets and an in-depth knowledge of their respective APIs. I believe our cost savings must be at least 50%. Furthermore, because only one codebase is being tested (particularly the business logic which doesn’t need to change at all between platforms), the QA cycle times were drastically reduced.
For me, one of the truly wonderful aspects of the Appcelerator solution is Alloy, which we used to construct the UI aspects of the app where there were differences across each platform. For example, consider text entry fields and map views; Since the behavior and event handling of these is slightly different between iOS and Android, we encapsulated the logic of this functionality as widgets. Once developed and tested, they’re like Lego blocks of functionality. They then enable us to build a library of components that cater to cross-platform compatibility issues which can be reused either within the same app or for future apps. This is something that drastically cuts down on maintenance costs.
Finally with the Appcelerator cloud services we were able to leverage the power of the cloud to quickly deliver a highly elastic architecture that integrated with RTG’s existing taxi backend systems. Their existing infrastructure was simply not able to scale and provide the high level of performance that was needed.”
How is mobility transforming the business and what’s next?
“Since the release of the app, we’re seeing hundreds of new bookings every single day that would otherwise have gone to our competitors. The feedback has been very positive and the app maintains a 5-star rating. We believe that in the next two years, revenue from mobile will go from 0% to 80% of RTG’s total bookings.
We’re now also working on some new apps, one for foreign tourists and one for their existing corporate clients. For each, we’re expecting to re-use between 70%-80% of the existing code, thereby saving us valuable development and testing time.”
Watch a video of Martin discussing London Radio Taxis: