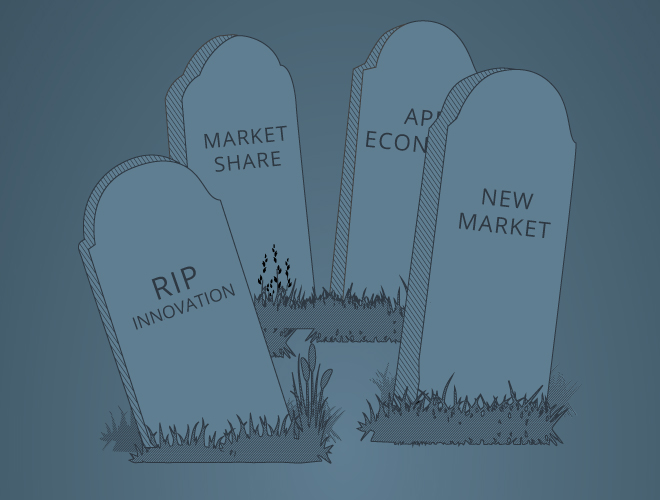 Like others, I think Satya Nadella’s CEO appointment is good news for Microsoft. Unlike others, I don’t think it has much of anything to do with Azure, despite Nadella’s excellent stewardship there. I don’t think “the cloud” in general is the path to Microsoft’s renewed relevance. As we’ve seen consistently in our surveys, Microsoft’s bigger struggle is relevance to the new generations of mobile developers.

Why is this Microsoft’s bigger problem? Because these devs offer a serious “force multiplier” in innovation to the companies that have embraced them. (Look no further than Apple’s formidable ecosystem.) As Jeffrey Hammond of Forrester Research says, developers are more creative than algorithmic. That creativity is something that every smart company is looking to inspire. The companies that fail at this will be looking up at the ones that succeeded.

Clearly this won’t be easy for Microsoft, but I think Nadella gives them a good chance. For more, I invite you to take a look at the piece I did for Re/code: Why Satya Nadella Has a Fighting Chance of Saving Microsoft From Itself.