Home Developer 4 Easy to Overlook Reasons Your App was Rejected 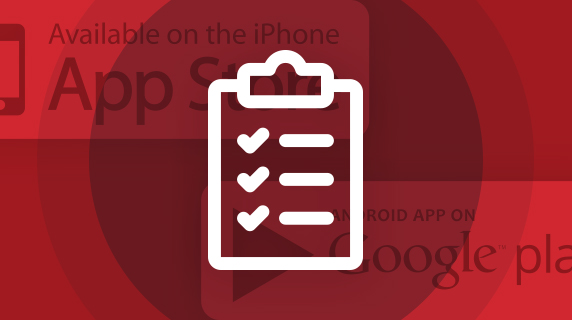 So you’ve designed your own mobile app, now what? The brunt of the work is done, but there are still some hoops to jump through before you can actually ship your creation out to market. Namely, get it approved by the app store of your choosing so your users can actually locate and get their hands on your work. Companies like Apple and Google have been trying to provide more information around rule changes to their respective app stores, but there is still some ambiguity when it comes to certain policies. And oftentimes, developers find that their apps have been rejected with little explanation as to why.

We tapped into our developer community to identify common mishaps when submitting apps for approval. Here’s what we found:

1. Be Careful How You Utilize Webview

Apps that incorporate too much functionality within a webview are highly likely to fall prey to rejection. That’s because webview is meant to function primarily as quick preview, rather than an interactive experience. Both Apple and Google are wary of apps that grant users too much control in webview as it could lead to actions that don’t align with app store policies.

For example, a native element nested within an app may allow the user to do something like spend money on a betting website, which means the external website can collect money from the user without going through the app store. Even if your webview isn’t blatantly working around app store regulations, it’s likely to be denied if it’s anything more than a preview.

Developer Take: “I once had an app rejected that was linking to affiliate sites, but the reason given as to why wasn’t clear. So the trick I used was to re-submit the same version again, and the error reason changed. I did this several times with the same binary file until finally they came back and said the reason. The app was opening the linked sites in the built-in webview, making this open in Safari and resubmitting had the app accepted within hours and in the App Store.” – Jason Kneen

This one may sounds obvious, but you’d be surprised at how often apps are rejected for being too simple. Before you build, think about the functionality your app will perform, and if that functionality is best served as an app or if it may make more sense to create a simple website. To make it into the app store, platforms must provide valuable experiences or build-on functionality that a mobile webpage can’t perform.

Development Take: “We were working on a simple 360° panorama project, and Apple rejected the app, telling us there was ‘Not enough content for an app. Please create a website.’ We talked to the client and said that we need to add more content for Apple to approve it. The client said he didn’t want to pay more and so he used the app just for an exhibition and his webpage. No App Store for him.” – Michael Gangolf

No one likes to be bombarded by useless notifications, so be careful about the quantity (and quality) of the notifications you’re planning to push to the user.

Perhaps the worst offender is constantly asking customers if they want to rate the app. With the release of iOS 10.3, Apple introduced an SDK for rating notifications that limits the number of times developers can ask for reviews. Additionally, apps that use notifications as a means for advertising are quick to be rejected. To avoid app store rejection, make sure your notifications are valuable extensions of app functionality.

4. Make Sure the Store Description Matches the App

An often overlooked part of developing for an app store is ensuring that product descriptions and screenshots accurately match the app and provide the user with essential information.

If you say an app can do something that it can’t, or include prototype images rather than actual screenshots of the app, it won’t get approved. It is also crucial that you disclose pertinent information or disclaimers for your app, so be sure to focus on accuracy and transparency over marketing efforts when drafting your app description.

Developer Take: “We once had an app rejected, because we missed a single sentence in the app description telling users that enabling GPS and location services through our app can drain the battery. A small, but useful hint I guess.” – Brian Knoor