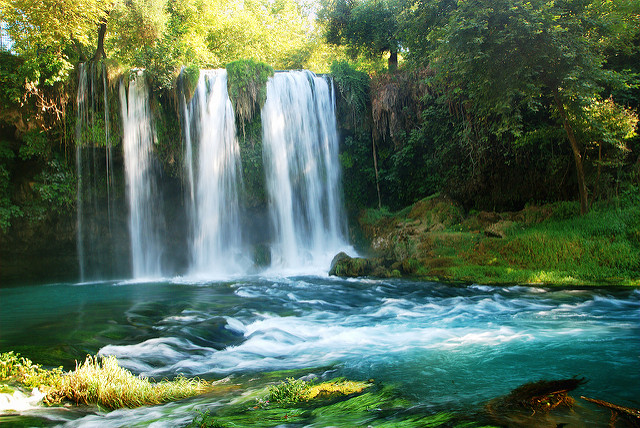 The most straightforward usage of Streamdata.io we see is when API providers take the initiative to offer a streaming version of their APIs for your heaviest users. Providing not just a streaming version of their most used APIs, but also providing a single, cached, push-enabled version of their API. Something that goes beyond just being real time, and is about reducing the burden on API servers, being more efficient about delivering data to your consumers, and in the right situation, generate a new revenue stream for your existing API stack.

Streamdata.io is a SaaS and on-premise proxy that you can use to cache, and more efficiently push your existing API data to consumers using a web standard called Server-Sent Events (SSE). Many new customers think we are just a streaming data service, but that is just the tip of iceberg when it comes to what we do. While real-time, persistent API connections are the result, the benefits become more about reducing the load on API servers, than it is just about streaming real-time data to the browser, into machine learning models, and data lakes. It is about changing the behavior of your heaviest API consumers, and being more efficient in how you provide them with the data they need–moving beyond just a request and response model for the most demanding of them.

Having a premium, cached, streaming version of your most heavily used APIs, allowing consumers to choose between the basic request and response version, or the sustained, always on push version of an API, is a great way to get more efficient about how you provide APIs, while encouraging your developers to be more efficient about how they consumer APIs. Instead of users polling your API for anything that has changed, they will all use a single Streamdata.io proxy URL and be pushed anything that changes. Reducing the polling on your APIs, making Streamdata.io the only poller, and all your existing consumers will depend on the Streamdata.io proxy for getting the updates they desire–shifting the load from your servers to ours!

It takes work for us to move past the streaming part of what we do with some of our customers. Which is why we regularly write these posts helping showcase that what we offer is more than just real time, it is about being more efficient when it comes to delivering data. Reducing the processor and bandwidth around our API operations, and in some cases generating new revenue streams for providing streaming versions of existing APIs, or even topically focused streams for consumers to subscribe to. Helping API providers understand why they should be offering a streaming version of their APIs for their heaviest users, and not just focusing on the real-time aspect of what we do. Streaming APIs bring more to the table than just being real time, and there is no easier way of implementing a streaming API than just signing up for a Streamdata.io account, and proxying your existing APIs with Streamdata.io.