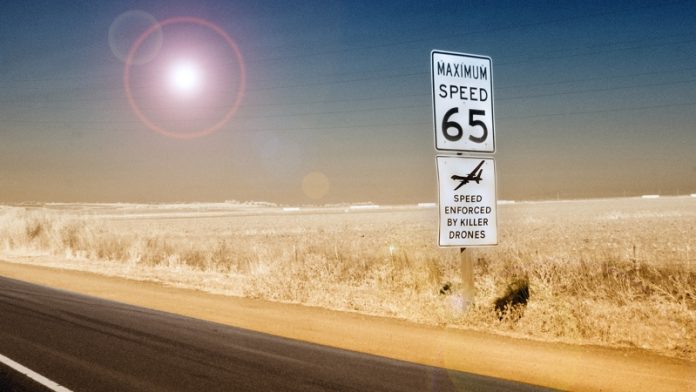 API rate limiting comes in many forms. The most common form of it is in response to repeated polling of API resources by consumers, in an attempt to reduce the impact and load on servers, and minimize bandwidth costs. API consumers are wanting to get the latest updates from an API, and commonly write scripts that repeat API calls in an automated fashion every minute, or even second. In response, API providers use API management solutions to limit the number of calls they can make by the second, minute or event day. Which in a world, where we want people consuming our APIs, and always staying up to date, it is a practice that doesn’t make a whole lot of sense, when you stop and think about it. 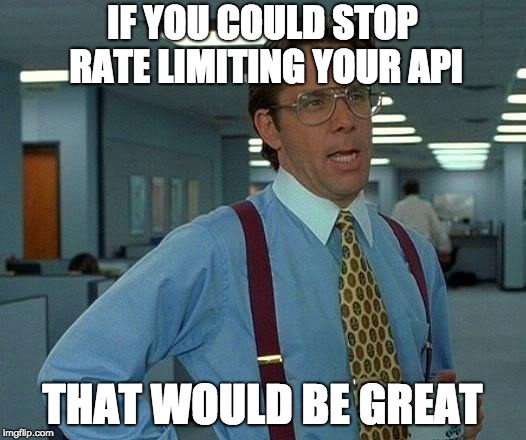 Especially in a world where you can proxy any existing API URL with Streamdata.io, and begin streaming the same data or content in just a couple minutes. Passing a newly proxied URL to your highest usage customers, and reroute the load on your servers to Streamdata.io, where we become the only consumer polling your infrastructure every second or minute. With a simple, easy to setup service like Streamdata.io, why would you ever limit what your customers can consume? You are in the business of encouraging users to integrate your resources into their web, mobile, and other systems, why create friction, and get in their way?

Maybe it is because streaming costs money? We guarantee this cost will be offset by the savings in server and bandwidth costs, but if this doesn’t convince you, we encourage our customers to consider offering a streaming version of APIs as a premium service. If your most demanding customers are in need of real time updates, then give them what they want in the form of a real time HTTP stream. If they aren’t willing to pay for it, then just accept the cost savings you will get from using Streamdata.io, but if they will pay more, you just created an entirely new revenue stream from your existing API infrastructure. With no additional development time or resources required from your team–all you had to do was proxy with Streamdata.io, share the feed URL with your customers and you are up and running.

We like to regularly remind our customers, and would-be customers that Streamdata.io isn’t just about turning data into stream because faster is better. It is also about streaming to help reduce the load on servers, minimize bandwidth consumption, and make your data deliver much more efficient. Unnecessary API rate limiting hurt your business. They are a relic of the past. With services like Streamdata.io you can instantly offload your most demanding API consumers, without ever getting in their way, and limiting their consumption. In the end, we all want as many users as possible to consume our valuable APIs, but we also want to maximize our compute and bandwidth usage, making Streamdata.io a sensible, affordable, replacement to common API rate limiting practices.