Back in 2015, Amazon announced its new Amazon API Gateway. The Amazon API Gateway is a cloud-based service that is designed “to simplify the creation and management of APIs,” particularly APIs in front of Amazon services such as AWS Lambda.

As an established API Gateway vendor, we welcome Amazon’s new entry into the market. It wasn’t long ago that people would ask why API Gateways are even needed; nobody is asking that question now.

In the market, Amazon’s API Gateway has a particular role to play when bridging APIs with Amazon infrastructure. As such, it will be useful for organizations that have deployed services on Amazon and wish to “API-ize” them.

However, a full-featured API Gateway is often used to expose on-premises infrastructure as APIs, with features like authentication against Microsoft Active Directory, plus fine-grained authorization and throttling. The Amazon API Gateway lacks this capability, as noted by Neil Mansilla of Runscope:

Matt Biehl, on his API University blog, has also noted the lack of another common enterprise feature: OAuth support: “What is lacking from my perspective is the missing support for OAuth. The Amazon API Gateway does not offer a standard OAuth Provider.”

But the picture is not all negative. The Amazon API Gateway can be augmented by using an enterprise API Gateway like the Axway API Gateway, in order to provide:

Overall, the new Amazon API Gateway is an excellent validation of the API Gateway category. Although it is not an enterprise product, it does have a part to play, by acting as a Gateway into backend services running on AWS infrastructures, such as EC2 or RDS.

For enterprise requirements, such as linking to on-premises infrastructure, orchestration, or fine-grained policies, an enterprise API Gateway such as the Axway API Gateway is the perfect complement to it. Click here to learn more. 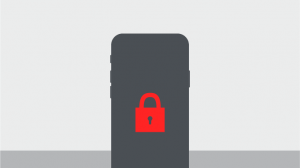 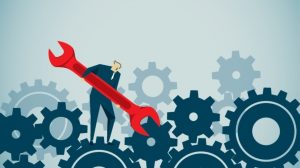 Why 60% of enterprises are dealing with API complexity 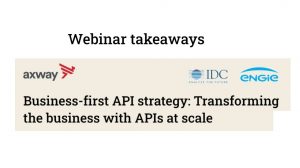 Key takeaways from business-first API strategy: Transforming the business with APIs at scale 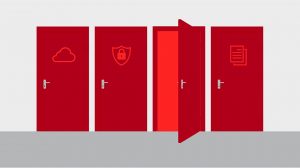